Round 7: Alex Borteh vs. Brian Kibler 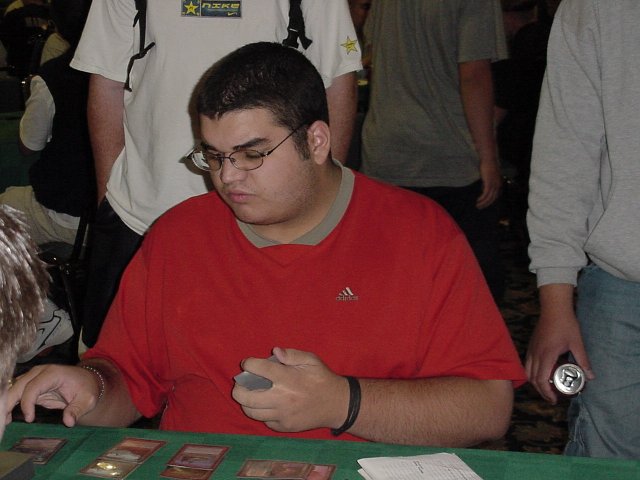 Alex Borteh sat down to his second feature match of the day against Brian Kibler.

Borteh showed no signs of slowing down. Fresh off of his second place finish at World Championships, Borteh was 6-0 on the day at GP Denver. He was playing a blue-black-red control deck heavy on burn such as Prophetic Bolt, Urza's Rage, Fire/Ice and Undermine. The deck put his opponents on a quick clock while he worked to control the board.

Brian Kibler had not lost a single game the entire day when he sat down against Borteh. Kibler was playing his new, highly successful design of Domain, complete with Spiritmongers, Destructive Flows, Planar Despair, and Pernicious Deed. Steve O'Mahoney-Schwartz, the only other person playing the deck, was 5-1.

The first game saw little action from Kibler's side of the board due to a slight stall on mana after a mulligan. Borteh meanwhile dealt eight points of damage a turn at a time with his Nightscape Familiar. Before Kibler could get established, Borteh went into burn mode. He played Prophetic Bolt, Undermine, Urza's Rage, and Undermine. This proved more than enough to bring down Kibler. 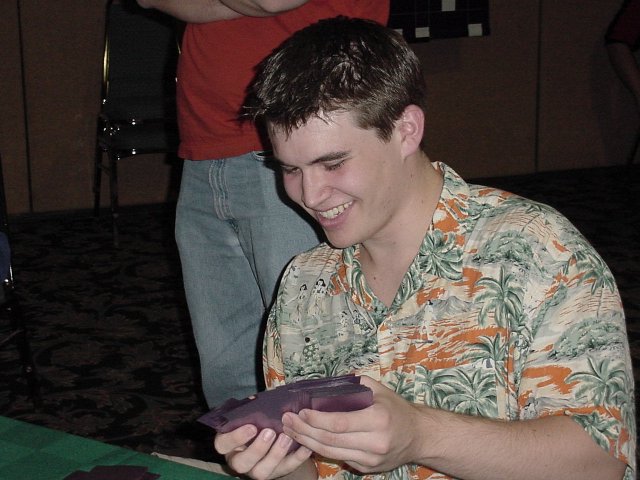 Second game saw more Nightscape Familiar beats. Kibler spent a lot of time looking for the fifth land so that he could force through a Destructive Flow with an Evasive Action. Instead Kibler had to use the Evasive Action to avoid getting Lobotomy played on him. Borteh got the burn going once again He threw a Prophetic Bolt Kibler's way. Then he played two Undermines and an Urza's Rage over the next two turns. Unable to resolve any of his spells, much less stop the Nightscape Familiar from dealing the last few points of damage, Kibler conceded.