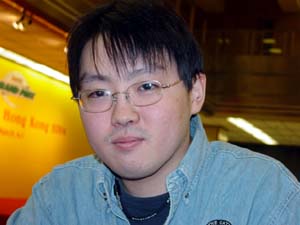 the last few years Itaru Ishida was the favorite to break the Japanese drought at the Pro Tour. Whenever talk turned to who would be able to break through and finally win Japan a Pro Tour, Ishida's name would always end up on a very short list. Now that Kuroda had taken the pressure off with his historic win in Kobe perhaps Ishida can start to experience the same type of success that he has had on The GP circuit--he has made the Top 8 of almost every Grand Prix he has taken part in.

Ishida was 6-0 to this point with a ridiculous deck that sported Skullclamp, Fireball, Mask of Memory and other good removal spells like Terror, Echoing Ruin, and Murderous Spoils. He was lock at this point to make Day Two. He was paired down against a player also on the second leg of a journey that included a stop in Kobe.

Chang Chua is one of Singapore's rising young stars. Despite a pedestrian 4-4 finish there, Chua was part of the team that developed one version of Big Red. In the hands of Jordan Berkowitz and Albertus Law the deck earned each of them a money finish. Chang has spent the week in Hong Kong and was palling around with Nick Wong and Albertus. He had the opportunity to hone his limited game against the likes of Jens Thoren and Anton Jonsson.

Chang led off with a Bola but was trumped by Ishida's Skullclamp. His turn two Vedalken Engineer was promptly killed by an Electrostatic Bolt. Chua played an Alpha Myr and an Aether Spellbomb. Ishida played his own Alpha Myr and drew two cards.

Chua attacked and played a Silver Myr. He cycled his Spellbomb. He frowned when Ishida played Granite Shard and killed his Myr. Ishida killed the Alpha Myr next turn and played Disciple of the Vault and Copper Myr. Chua had nothing to play.

Ishida kept piling on and played another Myr and a Mask of Memory. Ishida drew four cards on the next turn. Chua played a Krark-Clan Grunt and equipped it. Ishida had the Ogre Leadfoot and put the Skullclamp in its hands. Chua passed.

Ishida got in with his Masked Myr after the Bola tapped his Leadfoot. Ishida had all the answers--not that Chua's deck was posing many questions--and he Terrored the Grunt and had an Echoing Ruin for a Clockwork Condor a turn later.

Chua could only shake his head, "His deck is too good."

Chang sighed as he looked at one land in his opening seven. Down a game and on the play there was no chance he would keep it. Despite that logic he kept the next six and opened with Krark-Clan Shaman with only a Mountain and a hope for more.. The two players shared a grin when Ishida played his own Shaman. 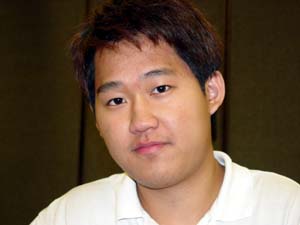 Chang Bolted the Shaman and got in for one. He only had one land and Ishida had Arcbound Worker and Hematite Golem on the board before Chua found land number two and made a Silver Myr. Ishida played an Ogre Leadfoot after getting on for two.

Chua tried to climb back in with Arcbound Hybrid but he could not realistically block either the Ogre or the Golem. Ishida broke his heart with a Granite Shard that picked off the Myr. Chua played a Mask of Memory and sent in his team but Ishida did not let the masked man get through and Chua scooped on the next turn.