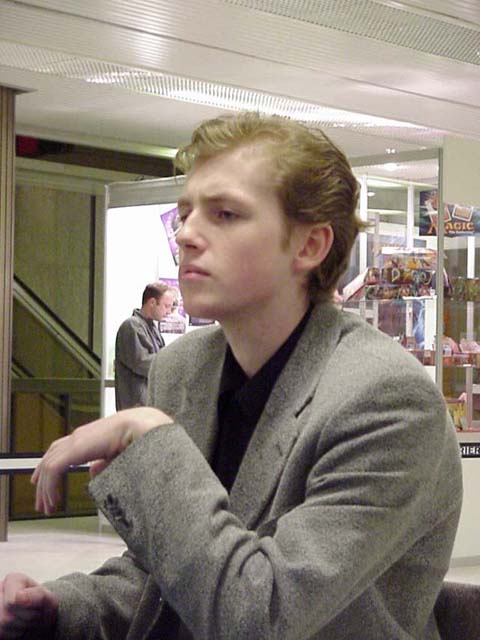 In Prague we are meeting many Eastern European players for the first time - but not Konstantin, who has been going to most of the Grand Prix this year. For example he was in Valencia, and Cologne. Both of these players are therefore well-known faces around the Grand Prix trail, as Ryan has also traveled everywhere so far this season.

They flipped a coin to decide who would play, choosing between 'Horses', or 'Lions' on a Czech coin of uncertain worth, and it was the Russian who was going first. A long delay then ensued due to some problem with the pairings, before the players were eventually able to begin, after some thirty or forty minutes wait.

Konstantin was forced to mulligan, and his six card hand only had a Swamp - with no black cards in hand he had to go down to five cards. Ryan was pretty pleased with this turn of events, and commented that his last round opponent had also been forced to take some mulligans. "Luck is on my side today", he said.

His five card hand was good though, at least as good as it could be with such card disadvantage, and he managed to get access to a Forest, Swamp, and Mountain by his third turn, and on his fourth turn cast Yavimaya Barbarian and Thornscape Familiar.

Fuller had cast a Sparring Golem on his third turn, and as if his card advantage from Firsov double-mulliganing going first wasn't enough, Ryan also Zapped the Familiar, and played a Kavu Recluse. 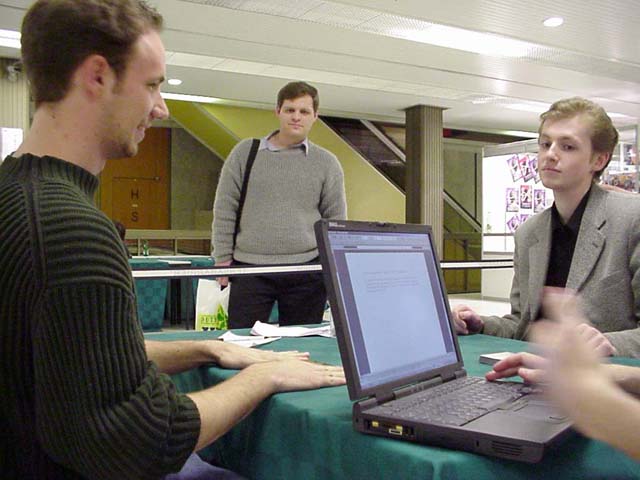 At this point Ryan had about four cards more active than his opponent, so it perhaps wasn't surprising that he went on the offensive with his two creatures. When the Russian blocked Sparring Golem with his Yavimaya Barbarian and cast Explosive Growth on it, Ryan was ready with a Magma Burst.

Firsov wasn't quite finished then, playing Kavu Chameleon, but Ryan simply summoned a Serpentine Kavu and cast Terminate on the Chameleon, attacking for eight damage. With no answer available, Konstantin conceded.

Unhappy with his draws in the first game, Konstantin chose for Ryan to go first. Fuller had to think for a while about his draw in the second game - with only one Forest and a Swamp for land, but his decision to keep it paid off as he drew a Mountain on his first draw phase.

He then immediately drew an Island as well for four colors of mana in his first four turns. Ryan played Sparring Golem on turn three and Smoldering Tar on turn four, whilst Firsov's only creature was a Nomadic Elf.

The Russian's draw was quite slow, so the Golem got to hit twice and Konstantin was down to fifteen life. Ryan then played an Allied Strategies to draw four cards and gain card advantage similar to that he had in the first game.

Firsov did summon a Duskwalker, but threw it in front of the Sparring Golem immediately while he was still tapped out. Ryan didn't have any creature enhancement, so the creatures traded. Fuller then played a Kavu Climber, still leaving himself with six cards in hand.

Konstantin's play was to cast a Plague Spitter and Recover his Duskwalker - he was brought down to thirteen by the Tar, and his Plague Spitter traded with Kavu Climber. A Kavu Recluse and a Yavimaya Barbarian joined the fray for the Canadian. Creatures stood off as the Russian once again summoned his Duskwalker, which was removed by the Smoldering Tar. 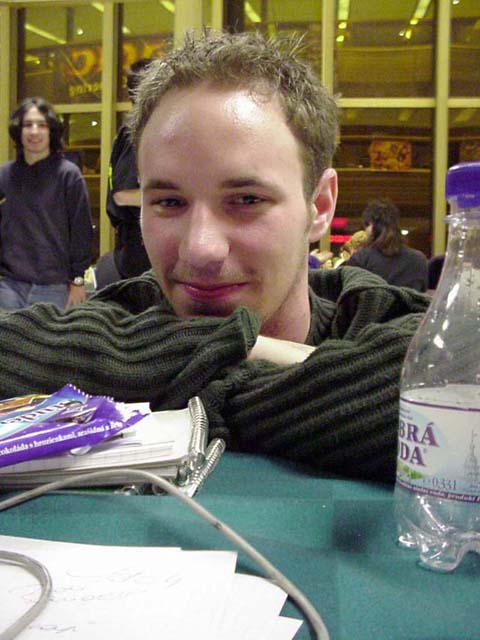 Ryan offered a potential trade of 2/2 creatures by attacking with the Recluse and Barbarian, trading his Kavu for Konstantin's Yavimaya Barbarian. Even more card advantage for Ryan casting Probe with kicker, spelt the beginning of the end for Firsov.

As Ryan played an Amphibious Kavu, and a Quirion Sentinel, even a Stratadon was insufficient as Ryan cast Repulse on it, leaving him with Zap, Magma Burst, and a Plague Spores, so Konstantin conceded, after Ryan "accidentally" dropped his hand on the table.