Round 7: A Quick Exit

Szleifer is one of the hottest players on the planet. Tied for second in the Player of the Year race, Szleifer already has a Top 8 in Extended this season. At the moment, however, he's 3-3 and fighting for his Pro Tour life. His opponent Akira Asahara, is one of the best players in the world when on Japanese soil. Asahara is a Constructed master who also picked up a Grand Prix win in Limited earlier this year. 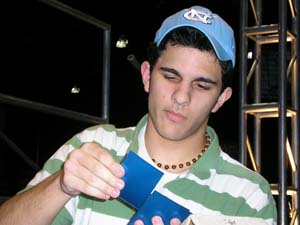 Gadiel needed a strong finish to take the lead in the Player of the Year race.

Unfortunately, Akira has yet to join the rest of the Japanese in breaking out at the Pro Tour. This match carries extra significance in that Asahara is close friends with Masashi Oiso, the player currently tied with Szleifer in player points this year. Gadiel's elimination would mean very good things for Masashi in the race for the title.

Szleifer won the die roll and then mulliganned twice on the play and Asahara took a mulligan himself before things began. Szleifer had an awful start, with no plays before a Goblin Matron on turn three. Asahara d the Goblin Warchief that followed and then played Anurid Brushhopper to gum up the board. Burning Wish for Balancing Act on the next turn wiped the board clear and the Brushhopper went all the way to victory, running over a couple of lowly Red men along the way.

"We'll need a lot of these," Szleifer noted as he flashed four Blood Moons out of his sideboard. "It's going to be tight." 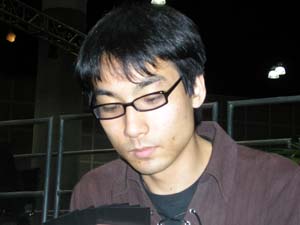 Szleifer again had to mulligan for Game 2, this time of the down-to-four variety. The first three hands were pure garbage, and when the fourth yielded little useful and no Blood Moon, Gadiel took another dive into his deck, desperately searching for the enchantment and some lands.

A first-turn land plus Skirk Prospector gave Szleifer actual plays, including a second-turn Goblin Warchief off a land plucked from the top. Asahara had the Fire/Ice for the Warchief, and no Blood Moon plus Balancing Act and Terravore for Asahara meant the reigning Constructed PT champ went crashing out in Round 7.

Lady Luck had most certainly forsaken the "small child" this weekend.