Round 8: Brock Parker vs. Mike Pustilnik 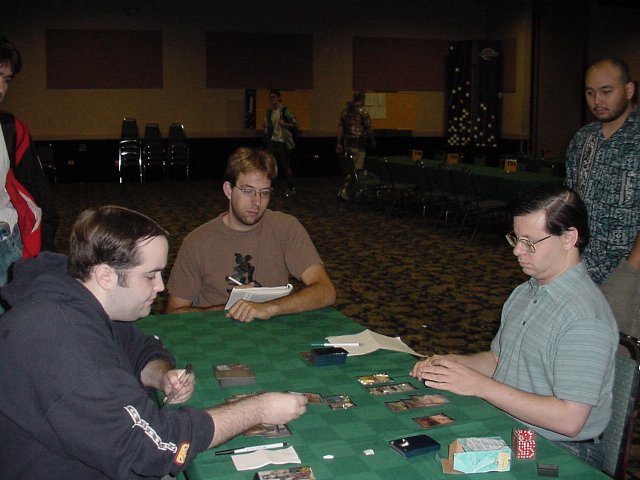 Brock Parker met Mike Pustilnik in round eight of GP Denver. Both players were 6-1 on day one.

Brock Parker is a consistent Pro Tour player. Most recently he won the draft portion of World Championships on day 2. Brock playtests with a group of east coast pros that includes William Jensen, Brian Kibler, and Matt Linde that will not be referred to as the Jumble.

Mike Pustilnik is from New York. He has made a good name for himself on the pro tour in the last year. He won PT LA, finished top 8 at PT Chicago, and ended up third in the player of the year race.

Parker played The Solution. He used the same build as Chris Benafel and William Jensen. Their main difference from most Solution versions was main deck Disrupts.

Pustilnik played a deck of his own design. A blue-white-red deck that played Galina's Knight, Lightning Angel, Rakavolver, Breath of Darigaaz, and Powerstone Minefield.

Game one saw Parker keeping control of the game. Pustilnik's draw was land heavy and he could not keep up with Parker dropping a threat turn after turn. Pustilnik played two creatures the entire game. A Galina's Knight and a much too late Rakavolver.

Game two saw more aggressiveness from Parker, but this time Pustilnik had the answer. He Breathed away two creatures turn four, and then again on turn six. This seemed to take the steam out of Parker's draw. Interestingly, Pustilnik played Unnatural Selection turn two and never used it the entire game. Parker lost a late game counter war where Pustilnik resolved two Absorbs which set him up to win the race. 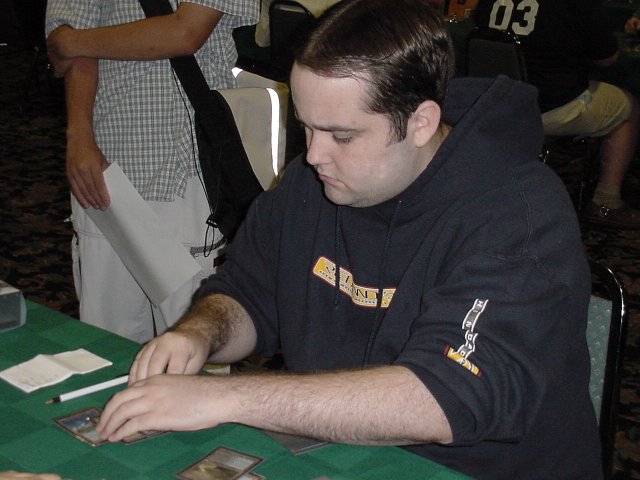 Game three, Parker's sideboard came into play. Pustilnik tried going into burn mode after gaining a slight life advantage due to an early Galina's Knight. He played Breath of Darigaaz twice just to get rid of one Stormscape Apprentice each time. Parker got back in the game by playing Disrupt three times in a row and countering Pustilnik's Prophetic Bolt. This got Parker into some creatures and soon he had the life advantage. Pustilnik tried to regain control with a Lightning Angel, but Parker drew and played a Crimson Acolyte the next turn which sealed up the game for him. Pustilnik's heavily red deck folded to the Acolyte.