Round 8: Casey Munn vs. Charles Hinton 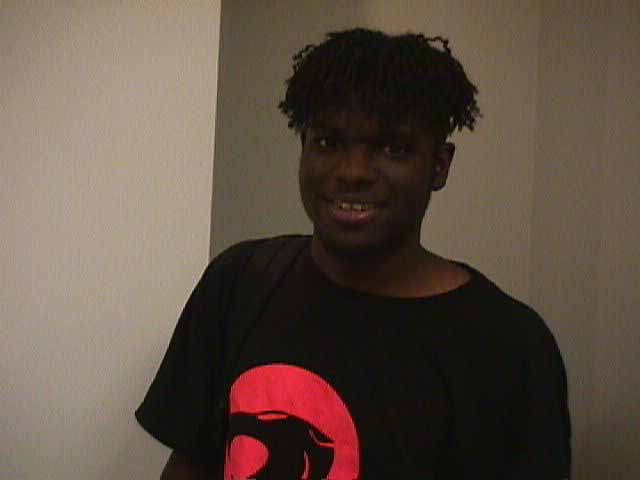 Both players are 7-1, fighting for a spot in the top 8. The winner is almost assured a spot in the top 8, giving him at the very least Magic for a Year. The loser most likely won't make it into the top 16. Casey Munn, from Cincinnati, OH, was playing Accelerated Blue and Charles Hinton, from Louisville, KY, was playing Replenish. Replenish seemed to have an edge in this matchup, with many must-counter spells and additional troublesome cards in the sideboard like Mana Short. Still, the Accelerated blue deck could get a fast Morphling with counters to back it up, so it was really anyone's game.

Casey Munn won the die roll and chose to play first. He began by playing an Island, then a Rishadan Port, then a few more Islands. Meanwhile, Charles Hinton was attempting to play his game, playing two Islands, a Plains, and casting a Marble Diamond. Hinton finally began casting threats, working countermagic out of Munn's hand. He attempted to cast a Parallax Tide, which was Counterspelled. He then successfully cast an Opalescence. Once the Opalescence was on the table, all of Hinton's enchantments became threats, which meant trouble for Casey Munn. Casey was then forced to Thwart an Attunement and he wasn't able to prevent an Aura Fracture from coming into play. Casey then attempted to Treachery the Aura Fracture and Charles sacrificed one his lands to kill the enchantment in response, leaving Casey tapped out. On Charles' next turn, he cast a Replenish, bringing a Parallax Tide, an Attunement, and an Aura Fracture back into play. Over the next two turns, Charles attacked for 10 points each turn, finishing Casey off.

Not surprisingly, Casey Munn chose to play first again. He sideboarded in Annuls to help stop the enchantment overload of the Replenish deck and Charles Hinton sideboarded out two Parallax Waves, a Wrath of God, and a Seal of Cleansing for two Mana Shorts, a Phyrexian Processor, and an extra Parallax Tide. The game progressed similarly to the first one, with Casey leading off with an Island and then a Rishadan Port and Charles playing a few lands and a Marble Diamond. Beginning on the fourth turn, Charles Hinton attempted to cast a Parallax Tide and Casey used a Miscalculation to counter it. On the following turn, Casey tapped a land with Rishadan Port during Charles' upkeep and countered an Attunement with a second Miscalculation. Following that, Charles attempted to cast a second Attunement, so Casey cast Opportunity in response, drawing four cards, and then returned three Islands to his hand to Thwart it. Charles still had a few key spells in his hand, namely Opalescence, Mana Short, Counterspell, and Replenish. Once his Opalescence was Annulled by Casey, Charles drew one final Counterspell out with a Mana Short during Casey's upkeep and then Replenished a number of enchantments back into play. Over the next two turns, Hinton attacked with his enormous enchantments to win the game and the match.