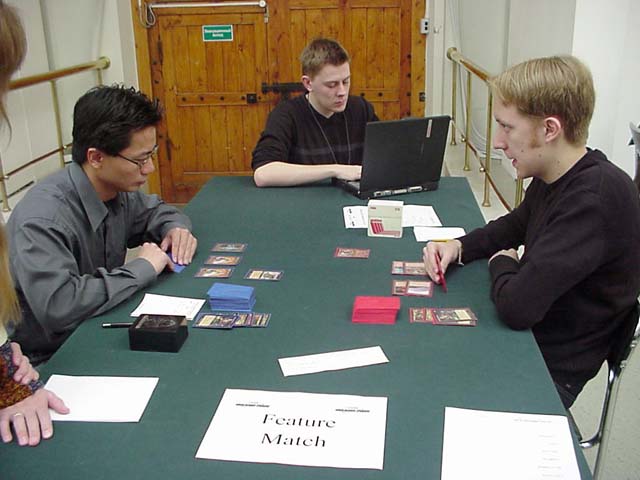 These players were at the top of the field after day one, Mattias the well-known Swedish player, and Iwan his lesser-known German opponent. Both players had variants on the popular red-black archetype.

Mattias played first in the opening game, and Iwan had to take a mulligan, with four lands in his hand but none of them produce black mana. Mattias started with an Urborg Volcano and a Mountain before playing a second turn Ravenous Rats, forcing Tan to discard Void.

Tan had a second-turn play of his own, casting a Nightscape Familiar, and elected not to block the Ravenous Rats with it. Jorstedt played his own Familiar before Iwan started the beats with a Blazing Specter. The Specter forced Mattias to discard Pyre Zombie, which wasn't too bad, and the Swede cast Void for four on his turn which killed the Specter as well as forcing Iwan to discard Skizzik. 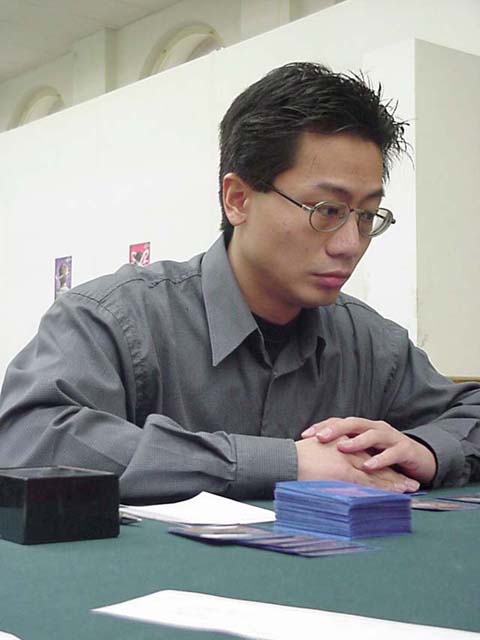 Mattias sideboarded out his Ravenous Rats and Voids to bring in Scorching Lava as protection from Pyre Zombie, and Yawgmoth's Agenda just because it is so good in a match where each player is often reduced to no cards in hand.

Iwan started in the second game, and this time neither player had to take a mulligan. Tan played a second turn Nightscape Familiar, which got in a single point of damage. When Iwan attempted to Addle him, Mattias used Scorching Lava to remove the 1/1 and Tan took a Blazing Specter from Jorstedt's hand.

The German missed his fourth land drop, and the Swede started to beat down with a Familiar of his own. All Tan did was Addle again, this time getting rid of a Flametongue Kavu, which allowed him to play a Pyre Zombie, still with only three lands in play.

Mattias played second Familiar and Terminated Iwan's second Pyre Zombie, continuing the slow but relentless assault and cast an Addle of his own. This showed that Tan's hand was pretty good apart from his lack of mana - Jorstedt took out Blazing Specter but this still left him with Ghitu Fire, Void, and other goodies. 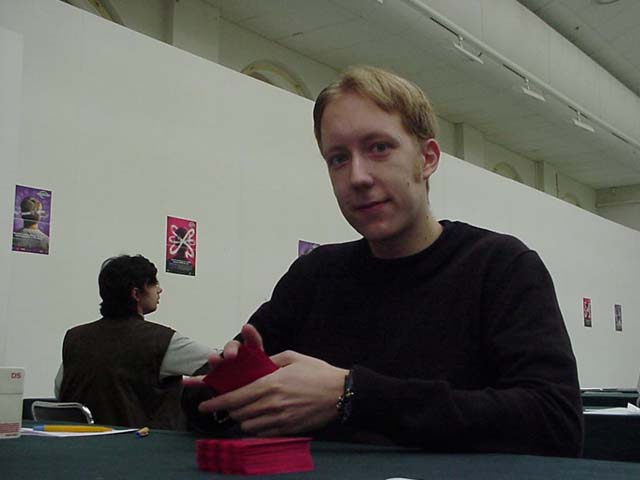 He didn't draw his fourth land on his next turn either though. Jorstedt was able to take advantage of his Familiars to cast Ghitu Fire and bring the German down to eight while still leaving regeneration mana open.

Iwan summoned a third Pyre Zombie of the game, but it was Terminated. On his next turn, Mattias added a Blazing Specter to his attacking forces, bringing Tan down to five and putting him in a hopeless position since he had to chump-block a Familiar. This left Iwan with nothing in play and Jorstedt had a Keldon Necropolis in addition to his three creatures.

The German still didn't draw a fourth land and had to scoop.