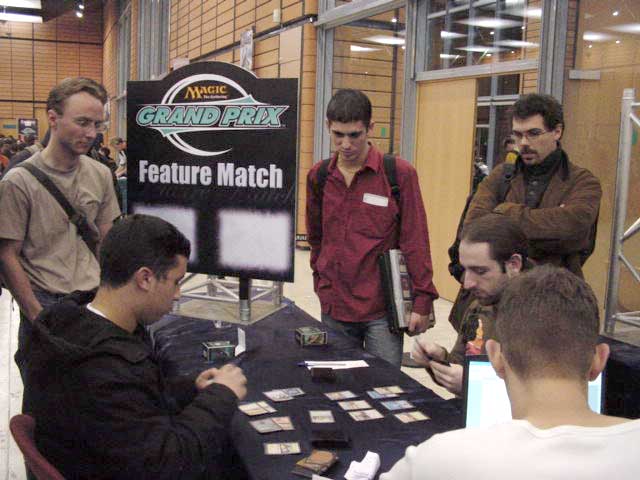 Sam won his local 8 player booster draft last week and netted a very nice set of boosters by it: 2 Mirrodin and 1 Scourge booster. Farid has also won some booster drafts in his life...

won the toss and choose to play. 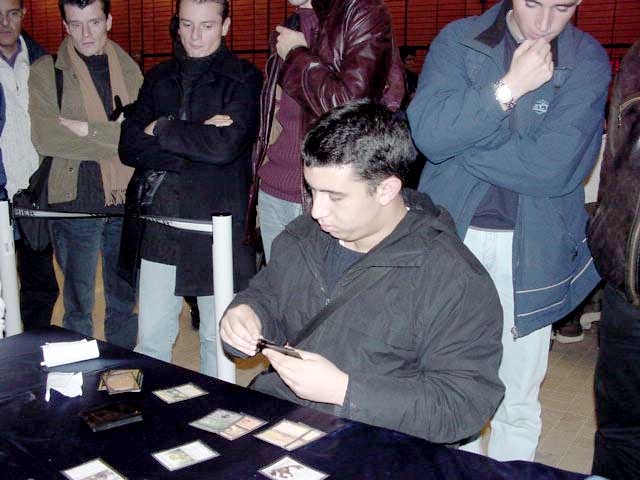 Sam played a Gold Myr on turn two to which Farid responded with a Silver Myr. Sam's Myr gets Electrostatic Bolted and Farid leads a Skyhunter Cub equipped with Mask of Memory into the zone. Bottle Gnomes on Sam's side of the table tried to hold Farid off a little.

Neurok Spy and Auriok Transfixer join a little bit later, while Farid adds Pyrite Spellbomb and Pewter Golem. Altar's Light kills the Bottle Gnomes and clears a path for Farid's horde and we're off to the second game already. 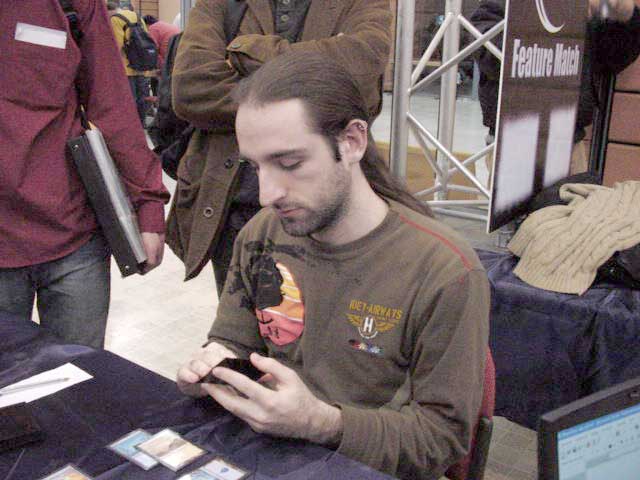 Leonin Den-Guard for Sam opened this game while Farid played a Gold Myr. Auriok Bladewarden and Neurok Spy were played by Sam on the next couple of turns, while Farid equipped a Hematite Golem with a Mask of Memory. A little later, Farid followed that up with Spikeshot Goblin and Silver Myr.

The Den-Guard and Spy got to attack for 3 and are joined by a Auriok Transfixer. That died instantly to a Bolt. Sam's Auriok Bladewarden got Arrested by Farid and the Masked Golem struck again.

Farid took a lot of time to play a Mirror Golem and removed Sam's Transfixer from the game. Sam could only activate his Stalking Stones at end of turn and swing with both the Spy and the Stones.

Farid only had to attack now and hope Sam didn't draw anything scary to prevent Farid from winning the match and that's exactly what happened. Sam conceded.