There seems to be a theme of "Old vs. New" running through the feature matches today. In Round 7, former National Champion Toshiki Tsukamoto squared off against Defending Champion Tsuyoshi Doyama, and this round 1998 APAC Champion Satoshi Nakamura has been paired against the player who succeeded him to that title, Masaya Mori. 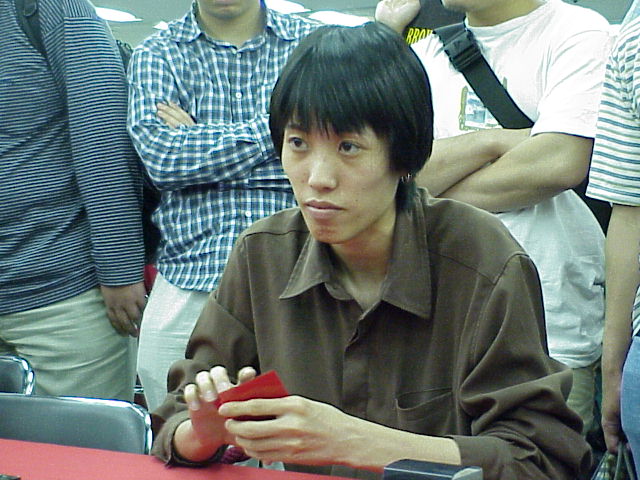 Masaya MoriMori is playing Machinehead with a splash of green for enchantment removal and Saproling Burst, which is a difficult matchup for Nakamura. If there's one thing BR is good at, it's getting rid of creatures, and Nakamura's deck is dependent on creatures both for mana acceleration and for his combo. Mori, who is known in Japan for his attention to appearance (some might go so far as to say narcissism), is playing an all foil deck, with many signed cards, and a new brand of sleeves that are red outside and silver inside.

Although Nakamura had an ideal opening with both a Birds of Paradise and a Llanowar Elves, Mori was able to erase his head start with a third turn Plague Spitter. Nakamura recovered with a Chimeric Idol and Static Orb, but Mori waited until he had five mana untapped and cleared the table with a Void. Playing a Pyre Zombie, Mori took the offensive. When Nakamura attempted to Repulse the Zombie, it exploded, taking out Nakamura's Elf and clearing the board once again. Mori continued to put pressure on Nakamura, playing a Thunderscape Battlemage with black kicker, emptying Nakamura's hand. Although Nakamura was able to play a Static Orb, Mori had too much of a headstart. When the Battlemage was joined by another Plague Spitter, Nakamura conceded. 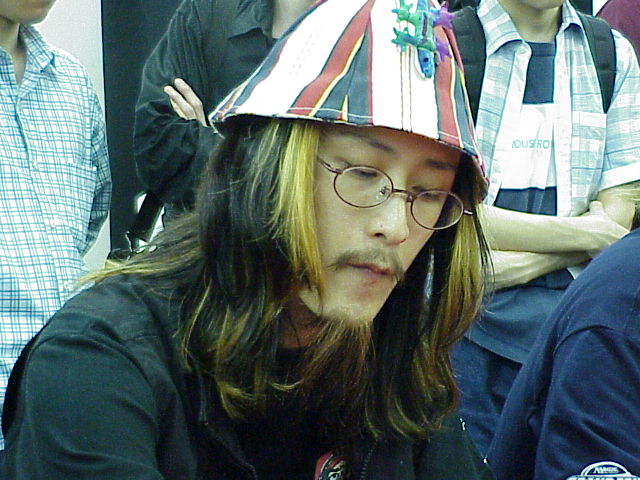 Satoshi NakamuraMori was able to nab a Static Orb with a first turn Duress, but Nakamura topdecked one and played it immediately. Unfazed, Mori played another land and dropped a Plague Spitter. Nakamura attempted to swing the game back into his court with an Air Elemental, but Mori had the answer with Terminate. Nakamura was unable to come up with an answer and the Plague Spitter went all the way.