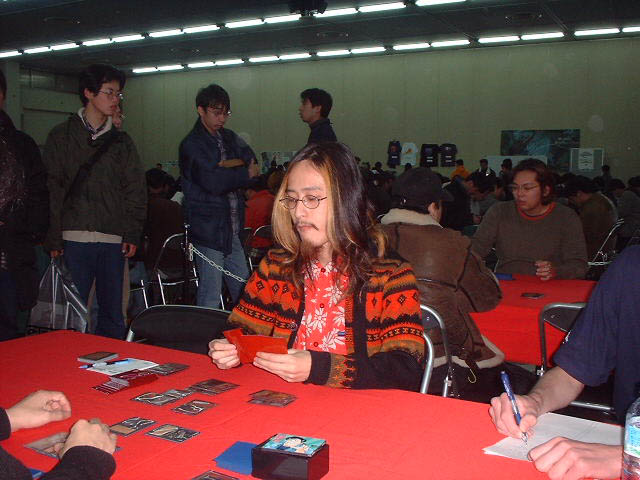 The world famous legend Satoshi Nakamura ('Hat Man') took on top 8 GP Sapporo competitor, Tomohiro Maruyama. After doing a complete draft analysis of Satoshi's deck it was great to see his deck in action for our first feature match of day two.

Tomohiro won the die roll and elected to play first. Both players are playing black/blue/red aggressive decks, with removal and disruption. Tomohiro was happy with his hand and Satoshi kept his hand but was shy for a mountain. Tomohiro played turn two Ravenous Rats, Satoshi discarding Ancient Kavu, planning to Recover it and hopefully draw into some red mana. 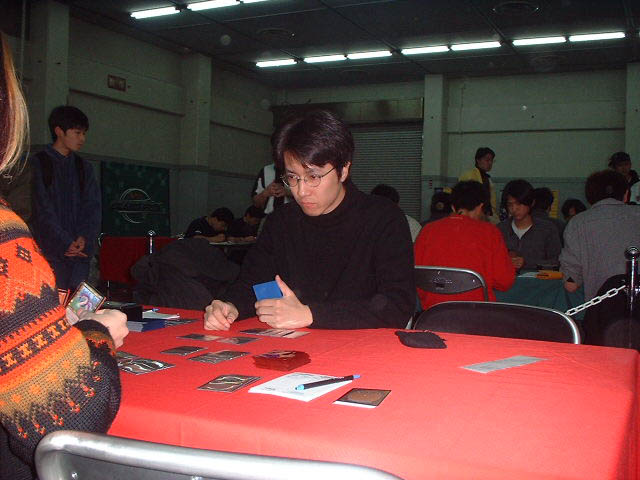 The Tower Drake was Cursed Fleshed and Kavu Scout joined Tomohiro's team, while Phyrexian Reaper continued the assault on Satoshi. The card that swung the game for Satoshi was played on the 7th turn, when Shivan Zombie was Sleeper's Robed, the Reaper Tribal Flamed and far too many cards were drawn for Tomohiro to handle. A Hooded Kavu, Viashino Grappler and Ravenous Rats were summoned by Satoshi, which went all the way. Game 1 - Satoshi 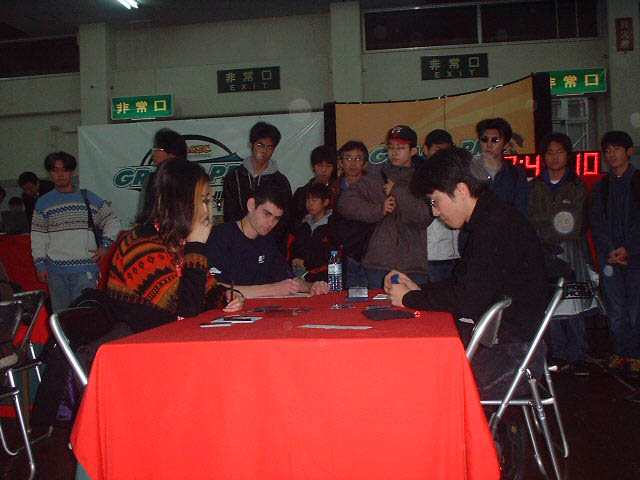 The second game was very fast, over in a matter of five minutes. Tomohiro started, playing 2nd turn Shivan Zombie and 4th turn Hooded Kavu, the zombie blocked in a one for one trade for Satoshi's 3rd turn Hooded Kavu. Satoshi's 4th turn Ancient Kavu teamed up with the haste Kavu Runner, laying the smack down for six on turn five. Maruyama plays a Ravenous Rat (Satoshi discards Slinking Serpent) and next turn Serpentine Kavu, which looked like it may have held the balance of power on the table, until Satoshi Reckless Spited both the Serpentine and Hooded Kavu. Two turns later, Maruyama scooped.