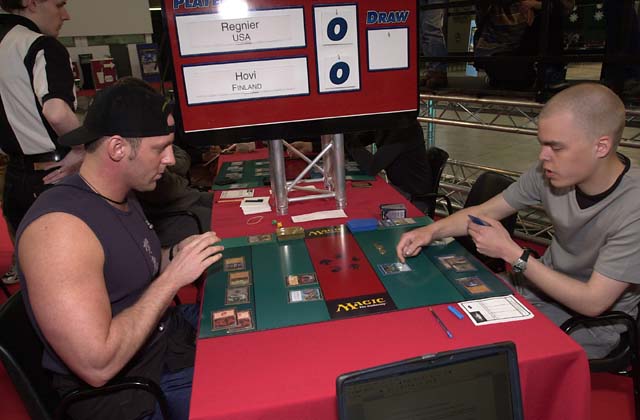 This was the battle of the PT LA Champions. Hammer won the first one, and Hovi the second.

Hammer started out with a Nightscape Apprentice, which attacked a couple of times. Tommi's two-drop was good in this match - Crimson Acolyte would protect his creatures from Terminate and Hammer's four Plague Spores.

Neither player did anything for a couple of turns. Surprisingly Hammer did not attack with his Apprentice, when it seemed that trading would be a good thing for his deck. Hovi played a Metathran Zombie, prompting Hammer to say sarcastically, "It looks like this is going to be an aggressive match."

Perhaps the Zombie wasn't aggressive, but when the Finn played an Ordered Migration, Regnier had to choose whether to use Void to kill them. He though - probably correctly - that the Crimson Acolyte was the problem, and used the Void for two.

It revealed that Hovi had Hobble, Stand/Deliver, and Sisay's Ingenuity in hand, but then Tommi immediately drew Probe and cast it with kicker. "You topdeck like a two-time Pro Tour Champion," said Regnier. The Birds began to attack, and Hammer used Recoil on one of them, trading damage back with his Nightscape Apprentice and Tidal Visionary. 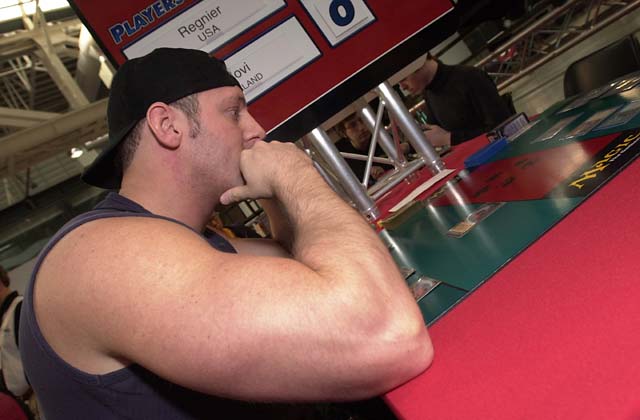 The Finn summoned a Razorfoot Griffin to stop the beats, but Hammer had a Plague Spores to clear the path for his 1/1s again and destroy Tommi's only Plains. Both players were on 15 life and had two creatures in play. It was Tommi who had more cards in hand but could not cast them without Plains. He sacrificed Ancient Spring to summon a Benalish Lancer, and had the Confound ready for Hammer's Plague Spores.

"That just won you the game, you lose otherwise," snarled Hammer. The Benalish Lancer started to attack along with the two remaining Birds, which Hammer used Rushing River on. He didn't have any way of stopping the Ertai, the Corrupted, or Sea Snidd that Hovi peeled off the top of his deck in consecutive turns. The American chump-blocked with his Nightscape Apprentice and Tidal Visionary, but he didn't find an answer, and conceded. 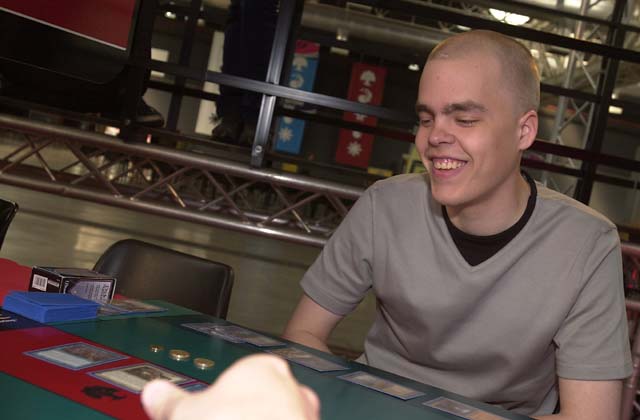 Hammer had to take a mulligan at the start of this game. Hovi summoned a Dream Thrush but he didn't need its ability so it started attacking. Regnier found a Caldera Kavu on his third turn, and began to race. The race was slightly uneven, however, as Hammer didn't actually have a Swamp, and Hovi played out Aurora Griffin and then Sea Snidd.

Hammer didn't draw a Swamp in the next three draws, and couldn't cast a spell. Rather unhappily, he had to scoop on Tommi's seventh turn as the Snidd and Griffin came over for the win.