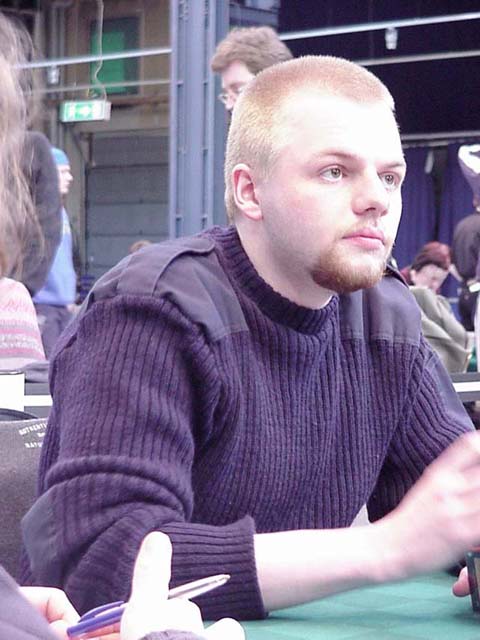 Sigurd was feeling confident going into this match-up as he was the only player on his table to have drafted a two color deck (u/b). Nicolaï's deck was in fact significantly weaker - he had showed me earlier how weak his first picks had been in each of the packs (r/b/g).

Nicolaï won the toss and elected to play first.

The first play of the match was a Shivan Zombie, which Sigurd placed a Mourning on immediately. A Ravenous Rat then forced Eskeland to discard a Swamp, but was unable to attack due to a fresh Vodalian Zombie. Trying again to make an offence, Nicolaï made a Firescreamer, which was not up for trading with the Zombie when it attacked, but the board then got worse for the Norwegian as a Cavern Harpy bounced the Zombie and then replayed it in the same turn. Cavern Harpy is a horrible creature for Herzog to face as it can kill all his 2 toughness creatures for the cost of one life and a bit of tempo-loss.

Nicolaï thought that he might be able to break through the defenses with an Ancient Kavu he made on the next turn. But the Cavern Harpy performed tricks again by attacking, making a Metathran Zombie then replaying the Cavern Harpy, this time bouncing the Vodalian Zombie and leaving one black mana open to regenerate the Metathran.

Finally managing to make headway in this game, Nicolaï cast Exotic Curse on the Metathran Zombie and served with the Ravenous Rat and the Ancient Kavu. Sigurd seemed to be devoid of things to do in his next turn as he just managed to replay the Vodalian Zombie and held back. Nicolaï then Slapped a Smoldering Tar on the table and immediately used it to kill off the Vodalian dude so he could serve with the Rat and the Kavu again, but the Kavu was Recoiled so only one more damage was dealt. 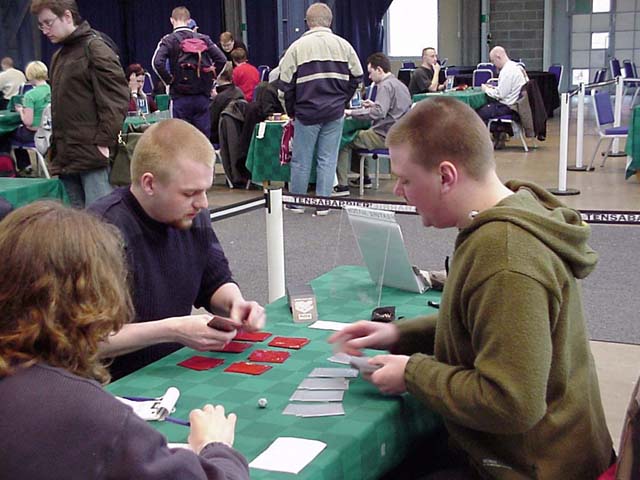 With just a Cavern Harpy on the table, Sigurd pumped it up with a Sinister Strength and started to race with Nicolaï. Nicolaï was well up for it though and replied with his own attack for 4 with a slightly pumped Firescreamer and the Rat and then relayed the Ancient Kavu. With the life totals on 11 - 10 to the Norwegian Eskeland cast Hypnotic Cloud for 1 card (taking an Annihilate) and attacked with the Harpy reducing his opponent to 6. Hoping to win the game straight out Nicolaï cast a Sinister Strength on his Shivan Zombie (which had been dormant with a Mourning on it all game) but it was Confounded! (All the time Sigurd had been holding an Agonizing Demise and was just looking for his sixth land - which he then drew off the Confound). Nicolaï could not deliver the finishing blow that turn, so the Harpy attacked and the kicker on the Agonizing Demise finished him off.

Of note is that Nicolaï had a Volcanic Imp that he could have cast defensively that would have won him the game, but it was not so much an incorrect play to make the Sinister Strength - just a judgment call.

Sigurd showed his opponent that he was siding out a Hypnotic Cloud for a Cursed Flesh. 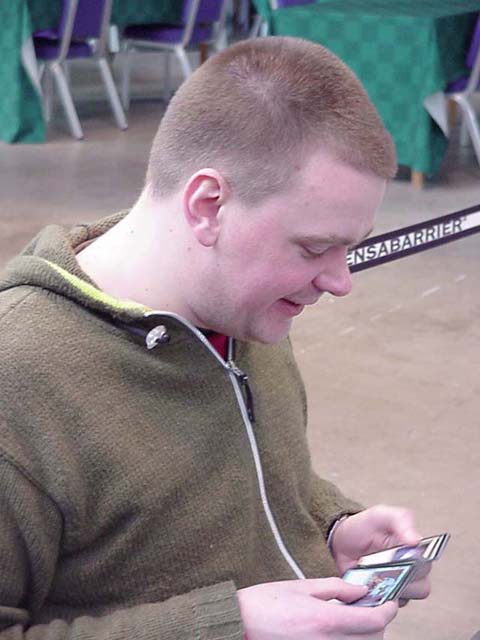 Herzog again elected to play first, but did not manage to make a play for the first three turns. Sigurd did not exactly explode out of the starting blocks, but a turn 2 Vodalian Zombie followed by a third turn Recoil on Nicolaï's forest and a fourth turn Slinking Serpent (after the forest had been relayed) was reasonable pressure given that there was still no opposition on the board.

Finally on turn 5 Nicolaï made his first play - a Firescreamer, so Sigurd held back with his Zombie and just attacked with his Serpent for 2, then made a Metathran Zombie. Herzog then continued to play card after card (Volcanic Imp, Pouncing Kavu (was Demised) Slingshot Goblin, Power Armour). But there was one turn where Sigurd played his Cursed Flesh on the only 2/2 blocker and managed to deal damage with both his Zombies and the Serpent as Nicolaï did not want to chump his tapped out Firescreamer.

A top-decked Sinister Strength on the Slinking Serpent delivered the final blow.