Round 8: Katsuhiro Mori vs. Masashiro Kuroda 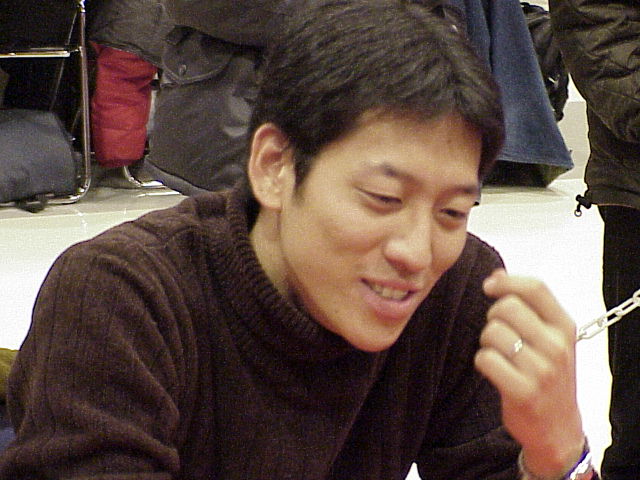 Katsuhiro "Lightning" Mori, Rookie of the Year and all-around speedfreak squared off against Japanese Sideboard Reporter extraordinaire Masashiro Kuroda in this battle of the titans. Both were guaranteed entry to Day 2, and were fighting for a big leg-up.

Kuroda found a swamp, and Duressed. Mori played his Knowledge. Duress resolved, and Kuroda took Intuition, leaving Mori with just lands and Illusions of Grandeur. Mori topdecked Merchant Scroll, fetching the fourth Knowledge. He responded to Kuroda's next play of Pernicious Deed by drawing four cards. This gave him the Force of Will to stop it.

Kuroda played a second Feeder, putting himself firmly out of burn range. He attacked all-out. Mori's Ice saved him three damage. Still, he fell to three. Mori had plenty to consider. His pace was uncharacteristically glacial. He played Illusions to buy time, and Merchant Scrolled for Fact or Fiction. It turned over nothing of value, and the first game was Kuroda's.

Kuroda kicked off Game 2 with Phyrexian Furnace, Llanowar Elf and Rancor. Mori did not have the red mana to stop the vicious beats. He did have Sapphire Medallion. He iced Kuroda's Phyrexian Furnace to pave the way for Intuition for Knowledges. A second Medallion made the whole affair economical. Kuroda blew his Furnace to limit Mori to two cards. 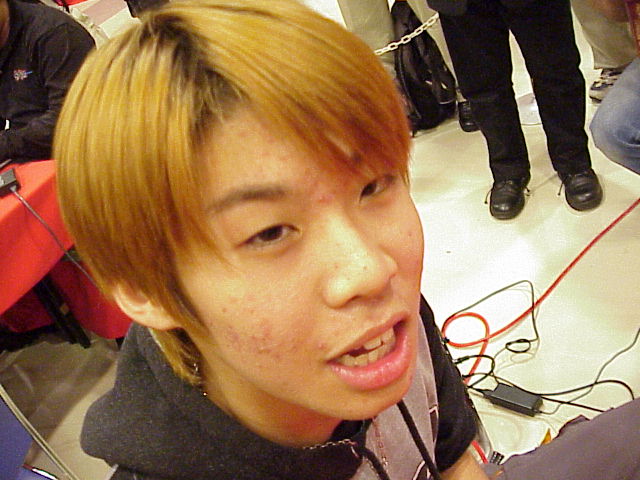 Still, Mori was on top of things. A Merchant Scroll got him the last Knowledge, and then another gave him Fact or Fiction. That in turn found him Morphling. Fire removed most of Kuroda's offense, and then Morphling started the beats. A second shapeshifter hit play, and when Kuroda's Pernicious Deed was countered, he packed it up.

In Game 3, Kuroda sped into his second turn with Birds of Paradise. Mori chose to Force of Will his Yavimaya Elder. Kuroda kept pace with Spike Feeder and Phyrexian Furnace. Mori threw out an Accumulated Knowledge for one, letting Kuroda burn it.

He then tapped the Furnace with Ice, clearing the way for an Intuition for more Knowledges. Intuition fetched three, but Kuroda blew the Furnace to keep Mori down to drawing two cards. Kuroda tried to kick up his sluggish beatdown with Rancor, but Mori was ready with Hibernation in response, putting him well behind.

Kuroda's next trick was to tap out for Spiritmonger. Mori had Counterspell in hand, but decided to Fact or Fiction instead, needing only one more land to Earthquake the beast away. None were turned over. He scored Counterspell, Fire/Ice and Intuition. Then, like always, a land was waiting for him at the very top of his deck.

With time running short, Mori stumbled to get Morphling in play. His first met Diabolic Edict from Kuroda. He played Back to Basics, but in his haste kept using his non-basic lands. This meant that he had to tap out to protect his second Morphling, giving Kuroda one turn to answer it. Kuroda ripped Pernicious Deed. The game ended in a draw.