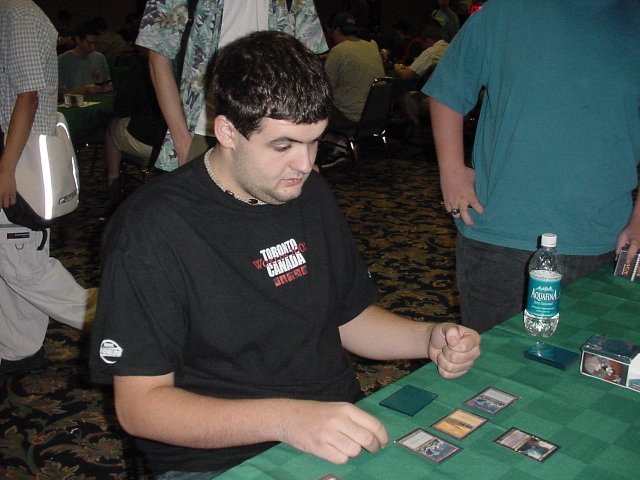 These two household names have met each other before at the Top 8 of U.S. Nationals this year. It's Team Alpha Beta Unlimited vs. Team TJ's Collectibles. Because they worked together and chose to run identical decks, they weren't very happy to get paired up. They checked with the judges to confirm it was legal and then decided to play just a single game of competition to determine the match outcome.

Benafel kicks things off with a first turn Stormscape Apprentice and Meddling Mage naming "Repulse". Jensen swings back with his own mage naming Exclude and the "lock" is down in this mirror match-up of Solution on Solution. Another pair of mages drop over the next turn, Benafel's naming "Voice of All" and with Jensen's on "Spectral Lynx" and it looks like they won't be able to play a game at all. Benafel tires of this and runs his Mage into Jensen's. A Fact or Fiction from Jensen results in a long... mental debate from Benafel before he decides to cycle a Disrupt on it. The FoF is pure gas, 2x Absorb, Exclude, Stormscape Apprentice and Spectral Lynx. Benafel splits it into the counters vs. the creatures, and Jensen takes the larger pile with a smile. Benafel has a method to his madness though, he has 5 creatures on the board to Jensen's two, and he is hoping to just swarm him. This tactic seems to have worked, since a turn later, Jensen is forced to cast Fact or Fiction, then ABSORB it to gain the life! This clever play still won't save him, as a Voice of All set to White and Stormscape Apprentice draining his life just did him in with numerous counters sitting idle in his hand. 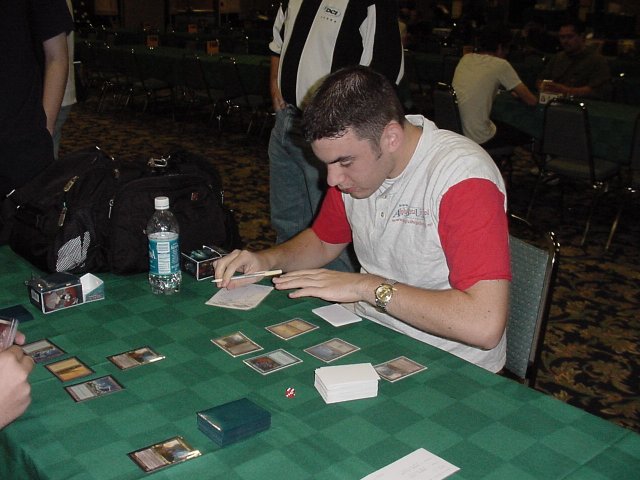