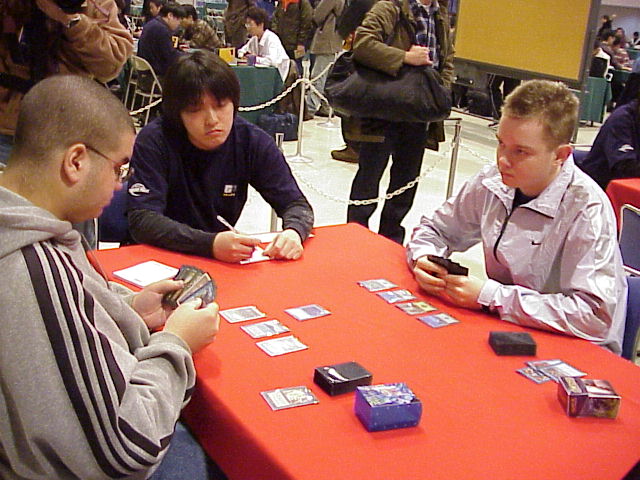 On one side of the table sat Alex Borteh, Worlds 2001 Finalist and man on a roll. On the other side, Brian Hegstad, member of this year's champion US Team and ouster of Brian Kibler as Pro Tour Heartthrob.

Borteh was packing Raisin Bran, the Aluren-based combo deck that could build up infinite mana, life, and large creatures with the tools of Raven Familiar, Man O' War, Spike Feeder, Wall of Blossoms, and Cavern Harpy. But on the other side of the table sat Hegstad's Turboland, which also sought to hit infinity, with infinite numbers of Elephant Token over infinite turns. The war would be fought over two fronts: the battle to build up the initial card drawing engine and the battle to set up the backbreaking combo. Every counter would be worth its weight in gold.

Hegstad won the flip, and chose to play with a strong hand of 2 Counterspells, 2 Force of Will, Horn of Greed, Island, and Brainstorm. Borteh also drew strongly with Duress, a fistful of combo pieces and a Force of Will of his own. Hegstad dropped an Island and Brainstormed to stash one of his Forces away. Borteh snatched the single Force left and passed.

Borteh then started to set up his engine with Wall of Blossoms, a Man O' War, and Blossoms yet again. Hegstad took the cue to work on his own Lego elephant with an Accumulated Knowledge. But with no way to stop Borteh's Man O' War beats, Hegstad had to make a play and soon.

Borteh forced Hegstad's hand by throwing down Aluren. Hegstad had no choice but to Counterspell and defend Borteh's Force of Will with one of his own, pitching the last Counterspell in his hand. The tide continued to turn to Borteh's favor. 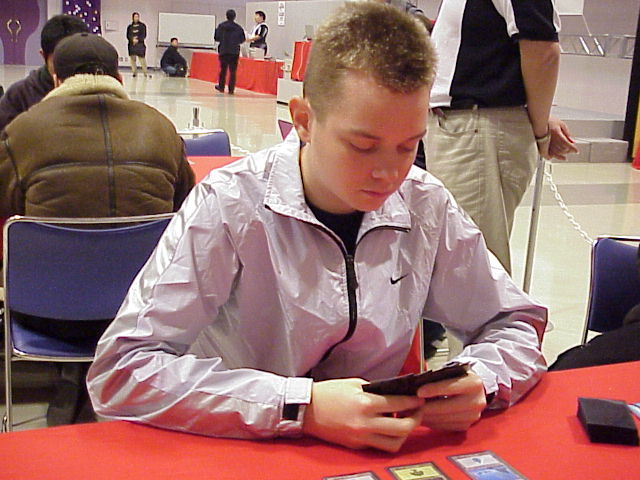 Hegstad untapped and dropped down a Horn of Greed, leaving two islands open to bluff a Counterspell. Borteh Land Granted to find a Tropical Island to further fuel his fire. Hegstad tried to keep ahead in the card drawing race by dropping an Exploration, but had no land to exploit the combo.

Borteh threw down his own card drawing powerhouse, Raven Familiar, and took an Aluren. Borteh put a Spike Feeder onto the table. With almost all the guests in the house and a Cavern Harpy in hand, all Borteh needed was to drop the Aluren, and Hegstad's hand refused to cough up a response. Hegstad quickly conceded.

Hegstad kicked off with 2 Intuitions, 2 Horns, Accumulated Knowledge, and a Forest and Island in hand. If he could start searching without interruption, he'd have the game wrapped up shortly. Borteh started the card drawing race with Wall of Blossoms. Hegstad failed to draw a third land and passed the turn. Borteh then tore the game apart with a Duress, which Hegstad allowed to resolve. Borteh wisely chose the Accumulated Knowledge and cut Hegstad's chances of hitting a third land. But Hegstad's karma rose to the occasion and delivered him a third land.

Hegstad's stock took a sharp dive as Borteh laid down the potent sideboarded Defense Grid. If Hegstad Intuitioned for Force of Will, it would severely reduce the number of ways to shut down Borteh's deck. But, hoping to draw the lucky Gush into Time Warp, he searched out 3 Explorations instead. The Defense Grid resolved.

Laying all his chances down on the line, Hegstad played a Horn of Greed and Exploration. But Borteh had gas in his tank to spare as he Brainstormed and played out more combo pieces. With 2 Raven Familiars and a Force of Will in hand, he could just hit 7 mana and defend his Aluren without fear. He threw down one of the Familiars to pull a Duress. 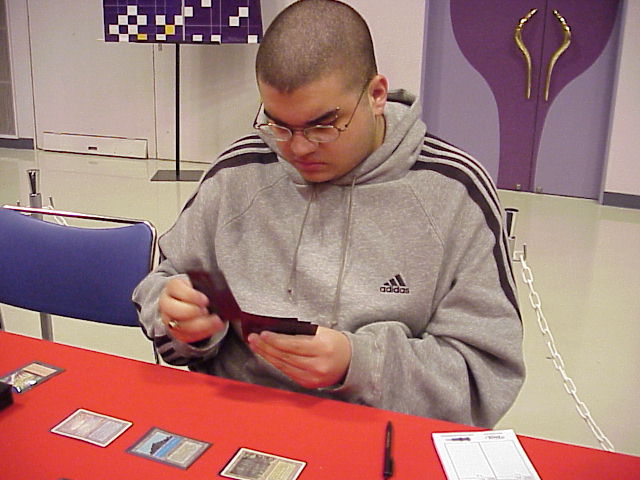 After the match, Hegstad said that he had chosen to play Zvi's "Plan B" revision of Turboland over the "classic" version running the Oath engine because he trusted Zvi's judgment. "Zvi plays Turboland online 24 hours a day, how can he be wrong?" But with the creature-heavy metagame, Hegstad may have made a poor choice. Time will tell if his call was the right one.

4 Force of Will 4 Brainstorm 1 Vampiric Tutor