Round 9: Benedikt Klauser vs. Christian Luehrs 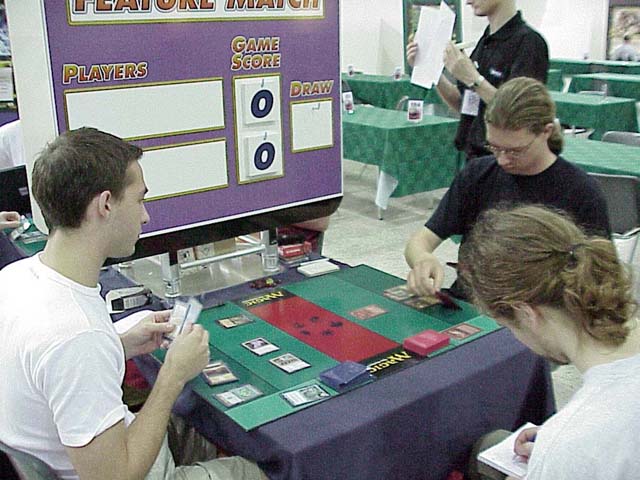 Although the chances of either one of these players making the top 8 was remote, both players were already qualified for the World Championships this year, where they will be teaming up with Team Godzilla.

Speaking in German throughout the whole match, Benedikt won the toss and elected to play first with his powerful blue/white/black deck. Christian was sporting a green/white/red deck with only a Primal Growth as a mana fixer, but he had two Rith's Groves to help out and a bunch of powerful creatures: Shivan Wurm, Desolation Giant, Coalition Honour Guard etc.

Benedikt's mana came out great at the beginning of the first game casting a Spectral Lynx, Tower Drake and Coalition Honour Guard with black mana to back up the Lynx. As if this was not enough he then cast a turn five Planeswalker's Scorn. Christian looked seriously shaky at this point as his second turn Rogue Kavu only came into play at the cost of using a Rith's Grove, but he did manage to Singe the Drake before white mana could untap. When he finally built up to four mana again he laid a Flowstone Crusher to slow the Austrian assault, but the Planeswalker's Scorn was going to cause problems.

After a brief discussion with the judges about whether you have to announce the creature target when activating the Scorn (you do), the first victim (Rogue Kavu) died when a Gaea's Might was revealed. Stuck on four mana and unable to attack with the Crusher, Luehrs had to pass to Klauser again. This time Ben had a pop at the five toughness beast and his attempt revealed a Desolation Giant (casting cost four). After quite some thought the Austrian then gambled by sacrificing his Sulfur Vent to activate the Scorn for the second time that turn - targeting the Crusher once more. This time a Thornscape Apprentice was revealed (Christian was holding it back because of the Scorn) but the cumulative effects destroyed the Flowstone dude leaving the path clear to attack, so the Lynx and Honour Guard swung in, reducing Christian to eight life. 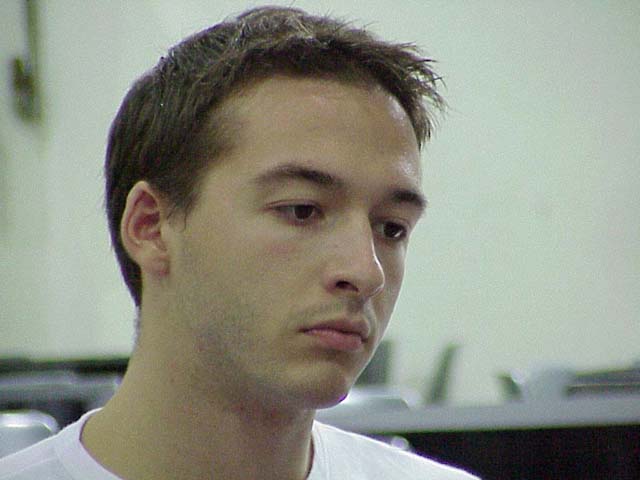 Needing to tear land really badly so he could cast his Desolation Giant two turns later, he ripped his fifth land off the top and just made a Horned Kavu (bouncing the Apprentice). The Scorn was subsequently activated again to reveal a three casting cost spell, so the Kavu chumped and Christian again looked to the top of his deck for the land . . . and there it was. Six mana 'BOOM'. The Desolation Giant wiped the board clean.

On fourteen life (two hits from the Rogue Kavu in the early game) Benedikt played a Whirlpool Drake with two remaining cards in hand, but only managed to shuffle into a Sunscape Familiar and a land, but with Christian on six life that was a three turn clock, so with his Scorn on the table Ben might have been confident at that stage.

'SLAM'. A Halam Djinn roared into play and swung with the giant, but it was only a 3/4 and the familiar chumped it. On eight mana now, Klauser had a pop at the Djinn with his Scorn and the first attempt revealed an Apprentice, but in response to his second attempt Christian cast Gaea's Might on the Djinn and it survived. Figuring he had to hope to draw something good Ben started his assault with the 2/2 flyer, but looked on in despair as Christian then played a Shivan Wurm and a Thornscape Apprentice. With no answer they moved to game two.

Again playing first Klauser made a second turn Stormscape Familiar, which was matched with a Rogue Kavu, then a Disciple of Kangee which traded with the Kavu. Luehrs then made a Kavu Scout.

Again having to play for the gamble Ben played his Whirlpool Drake with three cards in hand. The cards turned out to be pretty good ones as in the next turn he played a Spectral Lynx and a Silver Drake (bouncing the Familiar). Christian meanwhile started building up his creatures: Coalition Honour Guard, Thornscape Apprentice, Flowstone Charger, then when Benedict seemed to keep drawing land, a Shivan Wurm. 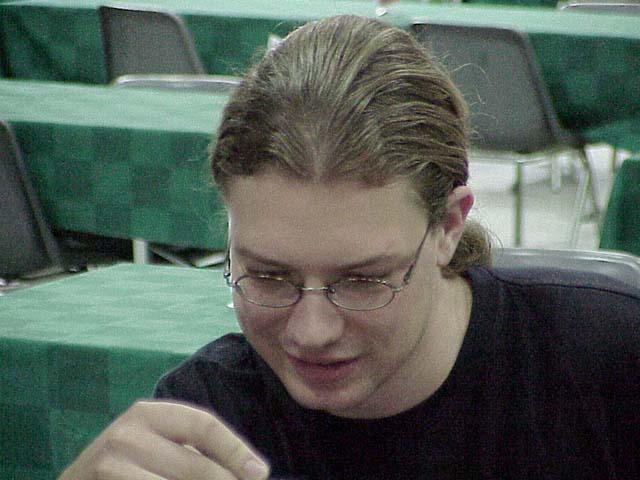 This was not the end of the world for the Austrian though, as the flyers had managed to reduce the German to four life whilst he rested on eighteen. One trampled hit from the Wurm later Benedict was still on twelve (the Lynx blocked), but Christian had remade his Kavu Scout and the army was starting to look a bit threatening. Holding the Silver Drake back Ben just attacked with the 2/2 flyer and made a Prison Barricade, but at the end of his turn Luehrs Singed his Lynx to tap it and tapped his Silver Drake with the Apprentice. To rub salt in the wound he then kicked Klauser on the floor with a Halam Djinn, tapped one of the two remaining blockers and swung in for twenty points of damage.

Benedikt showed me his deck afterwards and it was pretty nuts. In that last game he drew ten land and six spells - one of which was a Stormscape Familiar, but with good mana draws, the power of Christian's creatures was very impressive.