The last round of the first day is always the first big crowd pleaser at a Grand Prix. Big names fighting to make day two, big names making day two and big names failing to make day two. It's hard to follow all the action, but we caught a glimpse of some of the matches where a ticket for tomorrow was on stake. 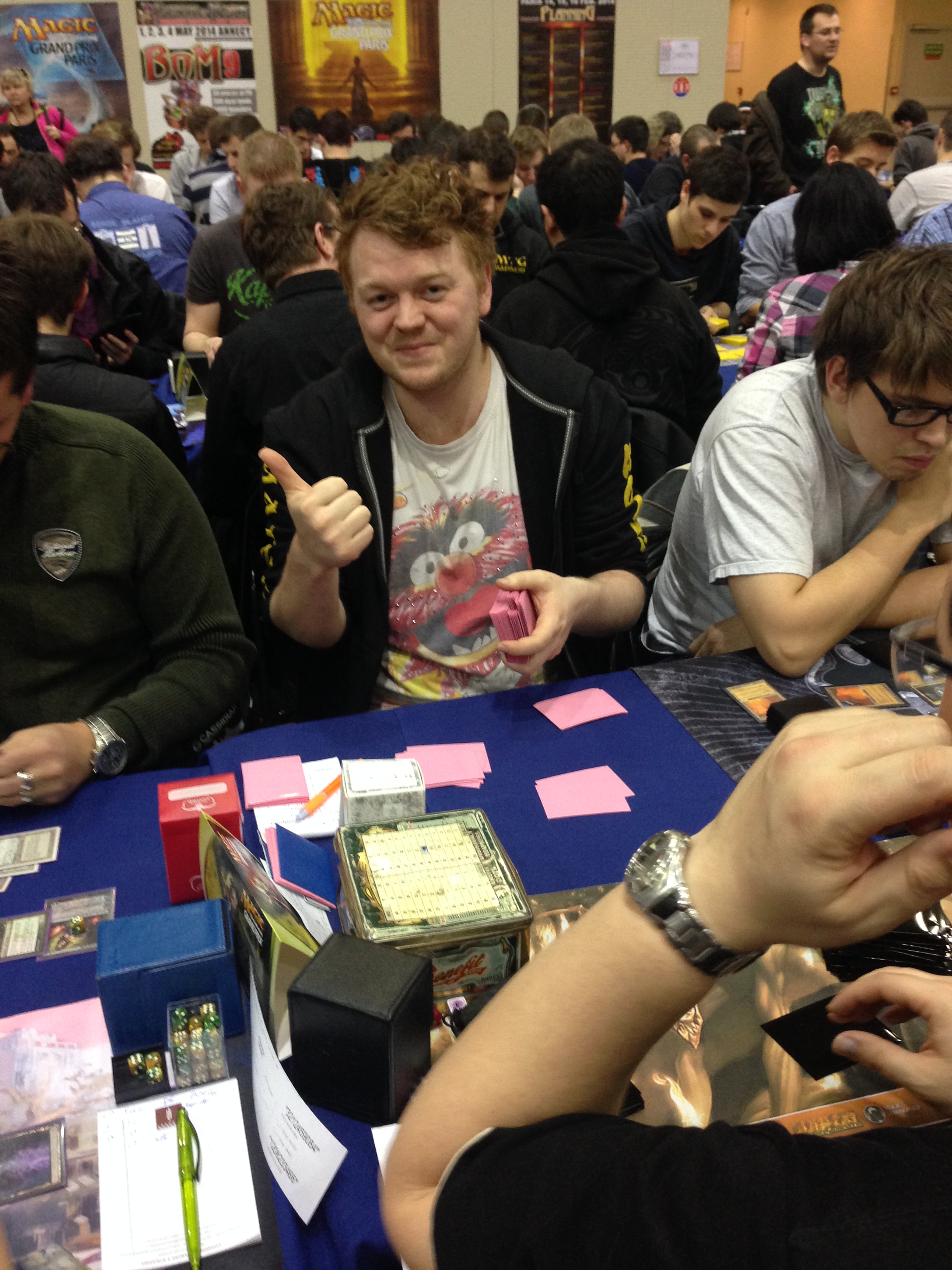 
Danish all around good guy Michael Bonde was fighting for his tournament life in the last round. And he was in for a rough one. After splitting the first two games against his French Elves opponent his turn two Stoneforge (fetching Umezawa's Jitte) was matched with a Natural Order fetching Progenitus. Bonde drew for his turn, passed, took 10 from the gigantic monster and crossed his fingers in his next draw step. A big smile on his face gave it away though, he had the answer in a Supreme Verdict, wiping the entire board, leaving his opponent with no creatures and only two lands in hand. The rest was a formality, and Michael Bonde and his 1-of Supreme Verdict makes day two. 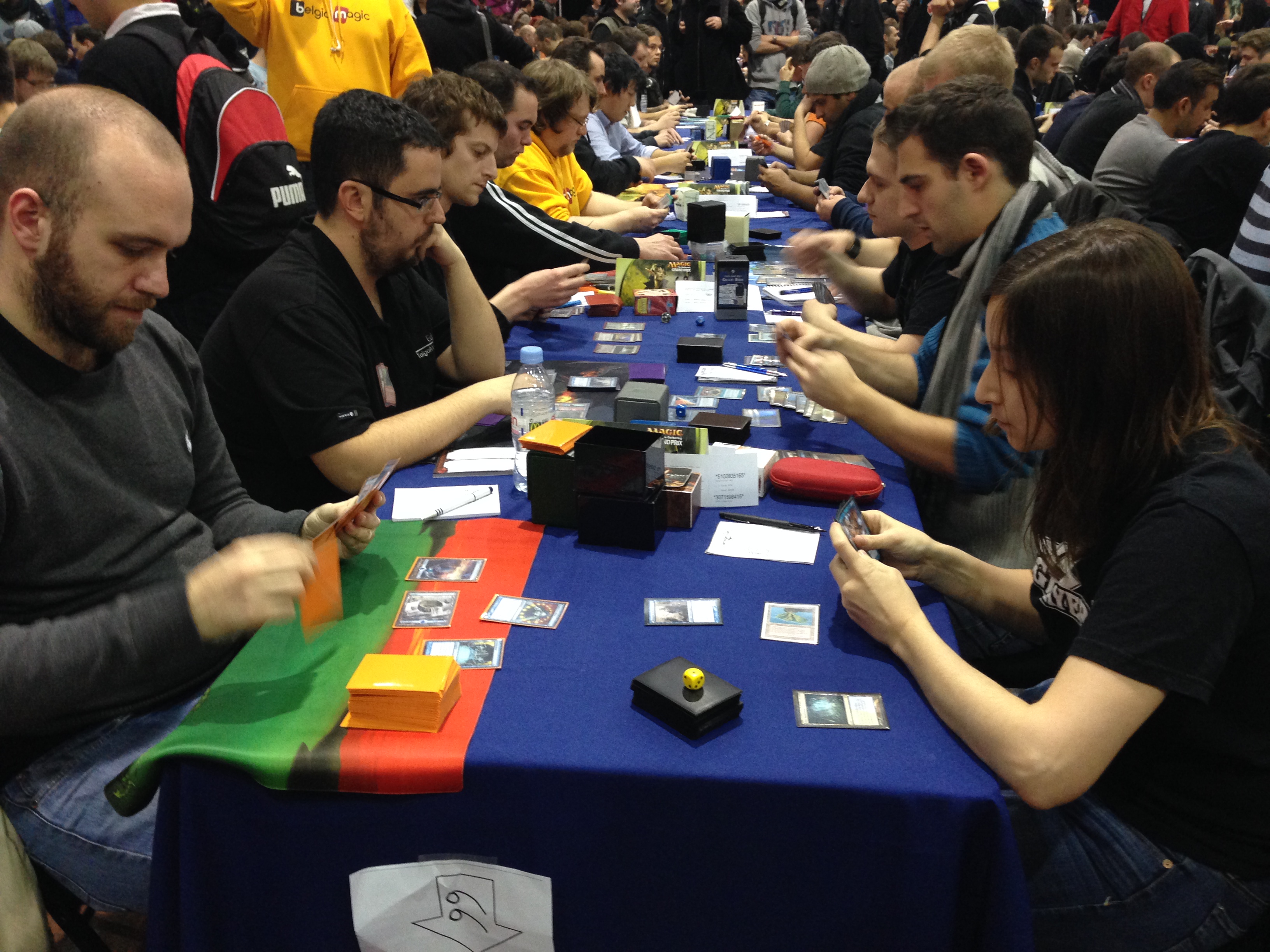 
Melissa DeTora was looking in good shape to make day two after her fast Delver of Secrets backed up by countermagic took the first game from Italian Guglielmo Baldelli. His sideboard plans begged to differ though. Both post board games saw him cast an early Defense Grid allowing him to resolve Show and tell. In game two he went for the flashy win with Omniscience into Enter the Infinite (eventually winning by fetching Release the Ants with Cunning Wish, putting Emrakul, the Aeons Torn on the top of his deck and recurring Release the Ants. Game three he simply put an Emrakul, the Aeons Torn into play, and that was enough to win the match, 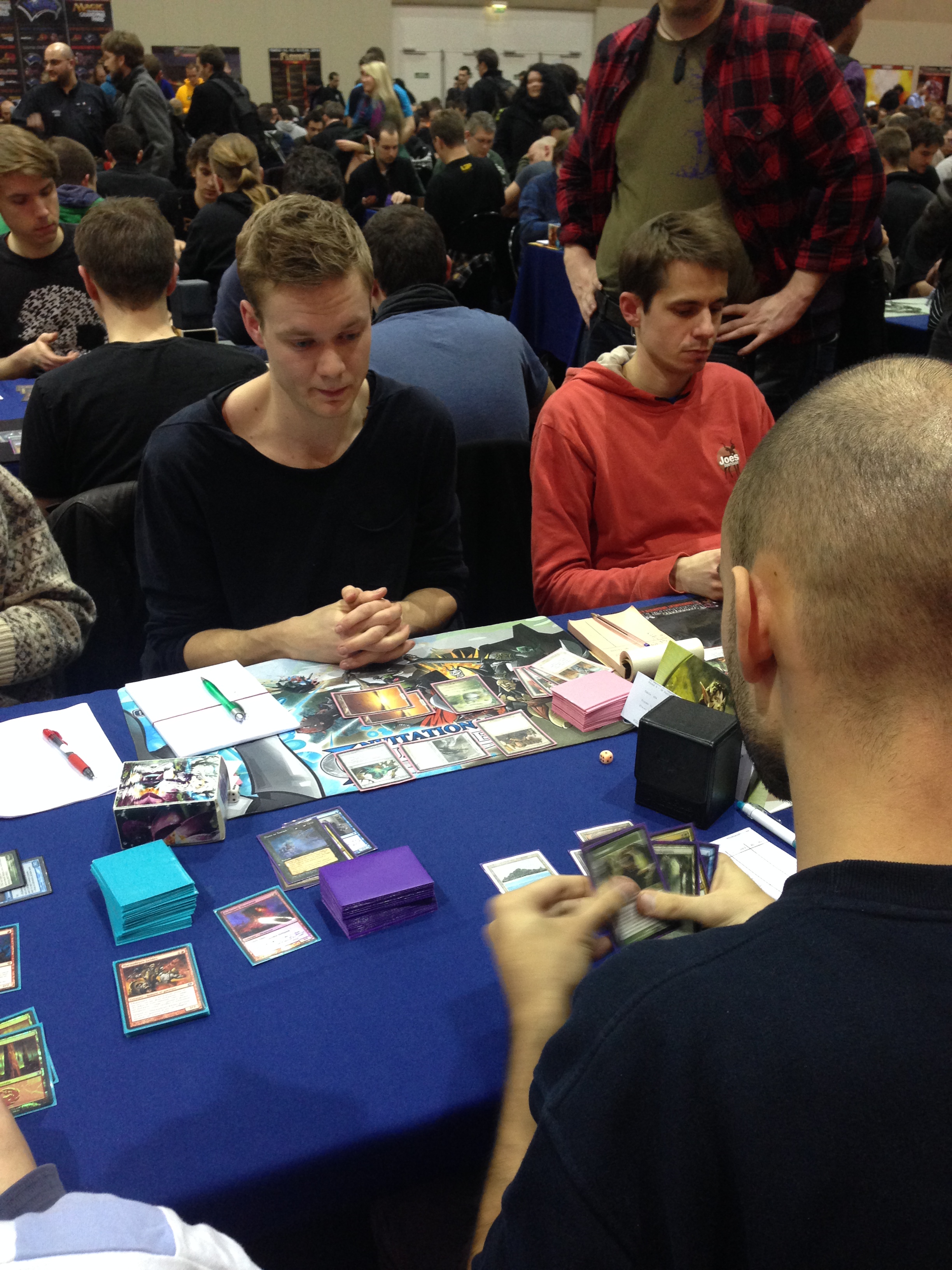 
The grandfather of Death and Taxes, and winner of last years European Legacy Grand Prix Thomas Enevoldsen was also fighting for survival on the last round of the day. Unfortunately his opponents Delver deck had some pretty strong draws. In game one he counter Enevoldsen's Æther Vial with Force of Will, cast Delver of Secrets, Dazed Enevoldsen's Swords to Plowshares and attacked 5 times while Enevoldsen was stuck on just one land. Game two was equally swift as Mother of Runes and Thalia, Guardian of Thraben couldn't match up against Tarmogoyf into True-Name Nemesis from the Portugese. 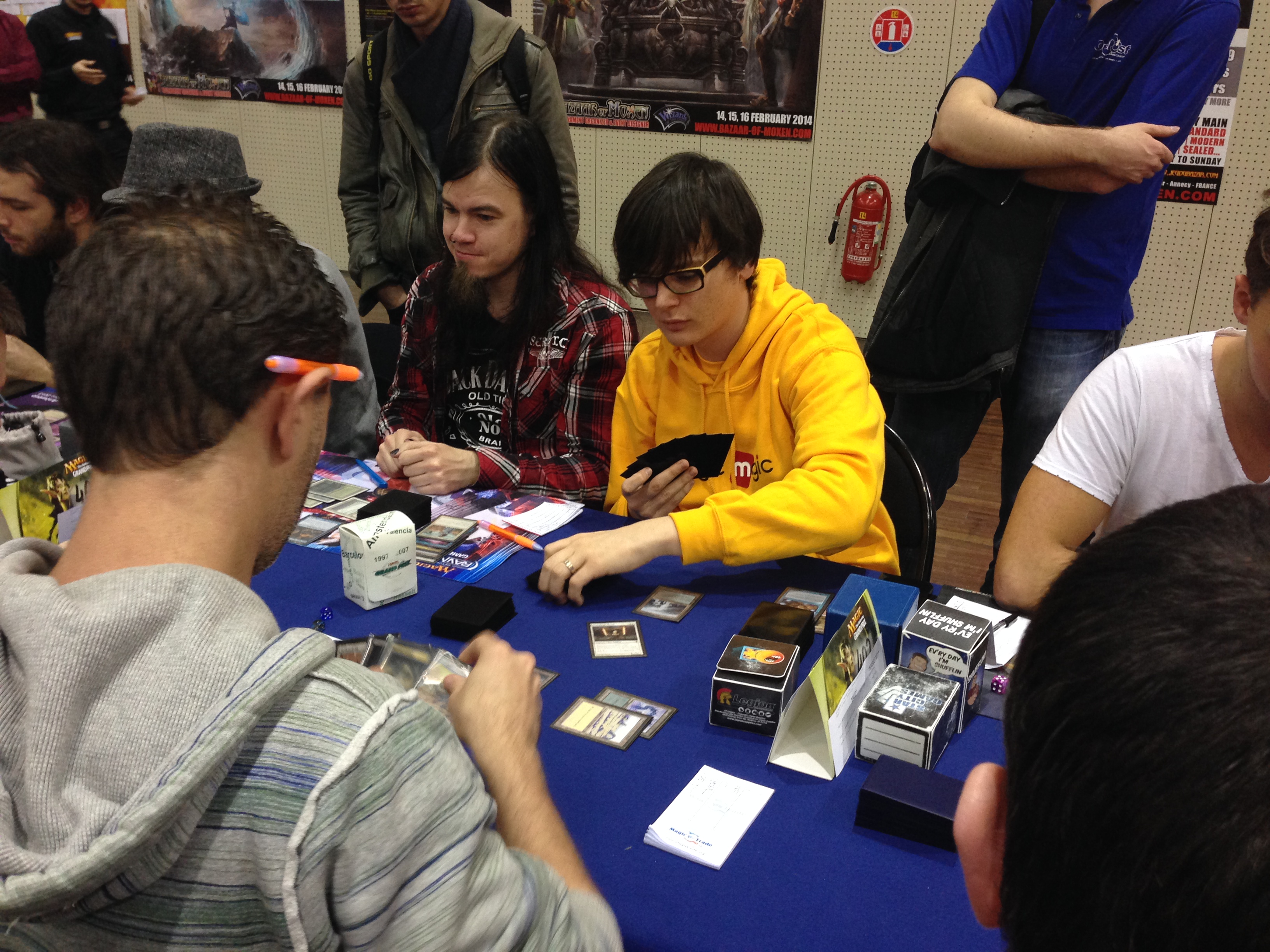 
In the battle of Stoneforge Mystics it was Belgian Marijn Lybaert who turned out to have the upper edge, as his True-Name Nemesis proved too hard to deal with for American Jamie Parke. When both players have Batterskull in play it seemed very hard to lose the race when equipping it to a True-Name Nemesis and being able to both block and nullify your opponents life gain.