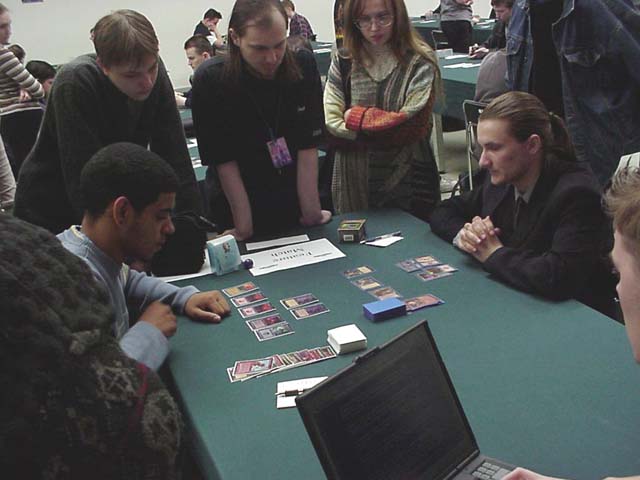 This feature match sees the ever-popular American pro Dave Williams up against a former member of the Russian National team. Both of these players were on 7-1 going into this round, and as in the previous feature match both of them had variations on the red/black deck.

Williams started out and summoned a second turn Shivan Zombie, although it was immediately Terminated. Dmitry then tapped out for a third-turn Nightscape Familiar, which was immediately killed by Flametongue Kavu.

The Russian did nothing on his turn, and Dave cast a Blazing Specter as well. Afanasenko removed the Specter with Ghitu Fire, but had to suck up the four damage from the Kavu.

He managed to get rid of the Kavu, and a Skizzik Dave was holding, with a Void. The Void revealed a Ravenous Rats and a Crypt Angel as well. Williams drew a second Rats and cast them both, as he didn't have the five lands necessary to summon Crypt Angel. 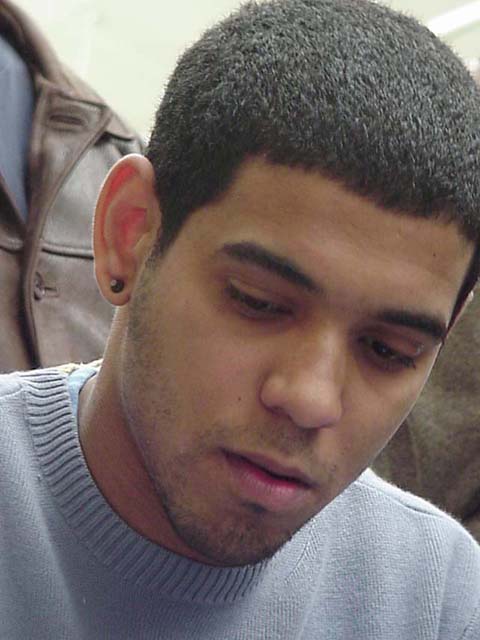 Now Dave was looking good, but Dmitry had the perfect answer, Ghitu Firing the Crypt Angel so that Blazing Specter got rid of the Kavu. Dave then drew his sixth land which meant that he could use Keldon Necropolis to kill the Blazing Specter, but by this point he was low enough on life that the Russian finished the game when he drew another Urza's Rage, his third.

Dave started out with a second turn Nightscape Familiar, and a third turn Addle, revealing that Dmitry had three Pyre Zombies, a Flametongue Kavu, Yawgmoth's Agenda, and Blazing Specter in hand.

Williams took the Kavu and Dmitry summoned a Pyre Zombie, which threw itself in front of Nightscape Familiar when the American also cast a Skizzik. Afanasenko didn't have an immediate answer to the Skizzik, so he just played and attacked with Blazing Specter.

Dave played a Specter of his own and got in another seven damage before Dmitry got out another Pyre Zombie and double-blocked, going down to three. He summoned a Blazing Specter and attacked with it to empty Dave's hand, but Williams attacked back to put the Russian on one, and cast the top-decked Crypt Angel to bring back Skizzik and force a third game as Dmitry couldn't deal with three creatures.

Dmitry had a very land heavy hand and had to mulligan going first. His card disadvantage was further compounded when Williams played a Ravenous Rats and forced him to discard Skizzik. It appeared that the Russian was afraid of Ravenous Rats, as he felt the need to Terminate them. 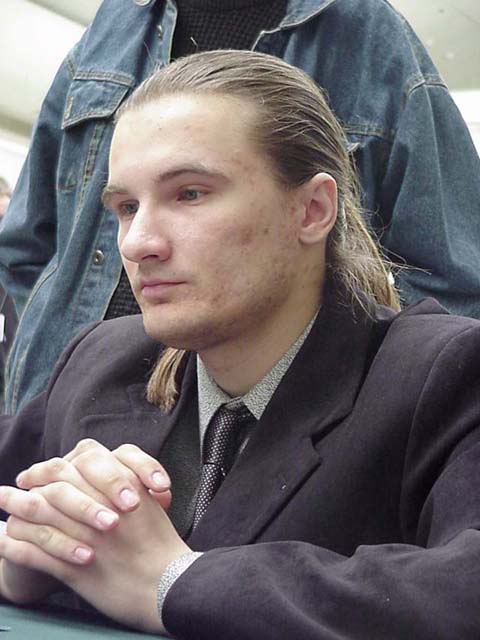 Both players were stuck on two land for a while, although Dave recovered first. Dmitry had a Nightscape Familiar and Williams had a Shivan Zombie. Dave found a second Zombie so that he could at least start getting in some damage, but Dmitry drew his third land and attacked with a Blazing Specter. It only got in a single hit as William had a Terminate. Dave tried to get in some damage with Skizzik, which was Terminated. Now Dave was in good shape as he drew a fifth land, then a Flametongue Kavu.

He used the Kavu to remove Nightscape Familiar after Dmitry had blocked and regenerated, then played a Crypt Angel to bring back Skizzik, causing Dmitry to scoop.