Round 9 Feature Match: Go Easy On Me, Okay?

Matthias Hunt put up a series of strikingly consistent performances en route to winning the 2011 Rookie of the Year title. But despite his many strong finishes on the Pro Tour, and the Grand Prix circuit, Hunt has yet to earn his first premier event Top 8.

Hunt entered Day Two with a 6-2 record, and seems to be well on his way to yet another money finish. But if he's going to break through to the Top 8, he's going to need to do a lot of winning.

Hunt's opponent this round, Antonino DeRosa, earned his first Grand Prix Top 8 in Atlanta over a decade ago, and then returned to the spotlight by winning Grand Prix Turin just a few weeks ago.

But despite his recent success, and his good finish on Day One, DeRosa was very pessimistic about his chances in this draft. 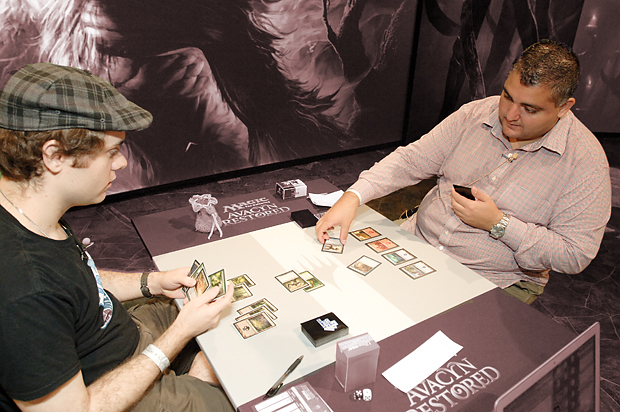 Antonino De Rosa is not confident in the strength of his deck, which may bode well for 2011 Rookie of the Year Matthias Hunt, who is looking for his first premier event Top 8.

DeRosa: "Take it easy on me, okay? My deck is terrible, but since they're writing about us, I don't want to look too bad."

Matthias Hunt won the roll, and got off to a good start with a Soulcage Fiend and a Trusted Forcemage, while DeRosa could only cough up a Wingcrafter and a Scrapskin Drake before passing his fourth turn with no play.

DeRosa: "I'm almost dead already. You're beating me so fast!" 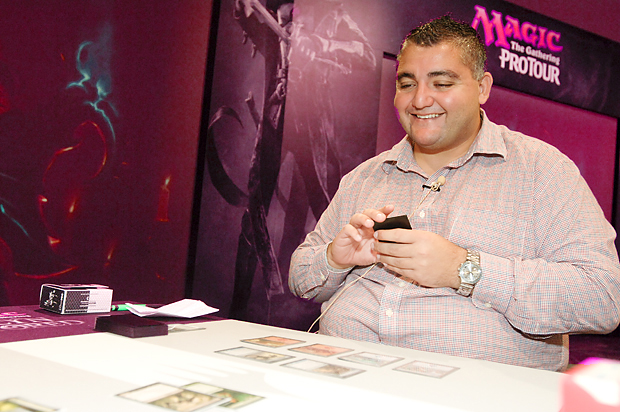 De Rosa's start was not quite up to speed against Hunt's opening in the first game.

DeRosa hoped to stem the bleeding with a Galvanic Alchemist, but a Death Wind killed it, and a Joint Assault let Hunt finish the job before DeRosa was able to put up any sort of a fight.

DeRosa thought for a while before ultimately keeping what he described as a "really bad hand".

Hunt had a Death Wind to kill the Raging Poltergeist as he continued with his unchecked assault. 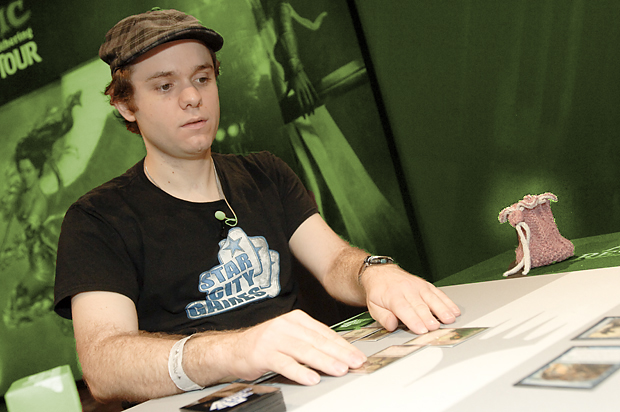 Hunt's second game action was similar to his first in speed.

DeRosa used a Zealous Conscripts to temporarily take control of Trusted Forcemage, and he used a Pillar of Flame to exile it, but without any relevant follow-up plays, it wasn't long before Hunt had taken the match.