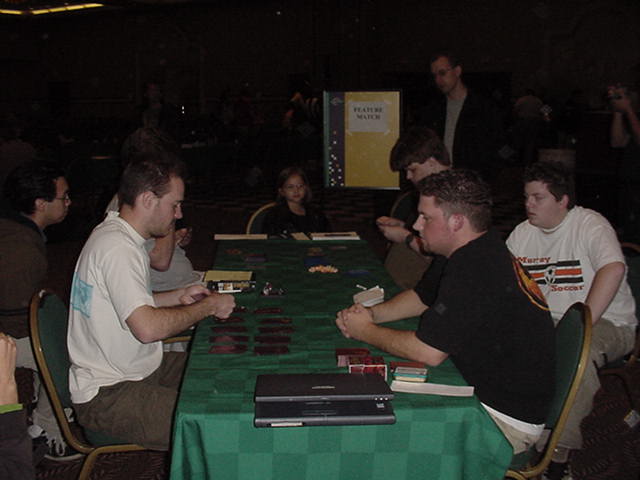 After eight rounds of Swiss, only two players remain undefeated and untied: Kaare Anderson (from Santa Monica, California) and Patrick Selk (from Utah). Selk has one Pro Tour under his belt and Anderson doesn't have any (he didn't even have a bye), but that hasn't hurt them at all. Even more surprising than their perfect records may be the decks they are running - Selk is with Counter-Sliver and Anderson in playing Junk. 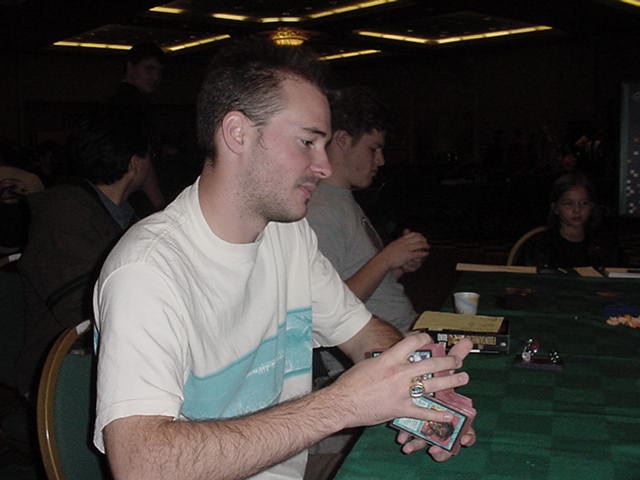 Anderson was able to Vindicate Muscle Sliver and Plow Winged Sliver before Selk could get down a Crystalline in game 1. Anderson played out a pair of elephant tokens (Call of the Herd has definitely had an impact on this tournament), but Selk answered with another Winged Sliver - the race was on. Anderson's elephants were hitting harder, but Selk dropped Worship. Alas, the metagame isn't all that friendly to 4-mana enchantments right now. Anderson had a second Seal of Cleansing and that was all he needed to finish off game 1. That was Anderson's 17th game win in 18 games played this weekend, by the way. His only game loss of the event so far was game 1 against Alan Comer in the first round Sunday morning. 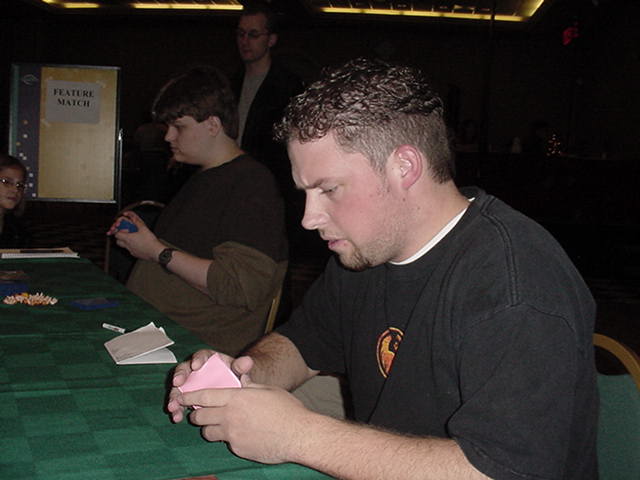 Selk sideboarded in his Meddling Mages for game 2 and used the first one name Call of the Herd. He joked that there was no point to naming a removal spell since Anderson had so many. Anderson went for his own sideboard technology - a potentially devastating Choke - but grunted in pain as Selk calmly Dazed it. Anderson threatened with Phyrexian Negator, but Selk answered with Worship. Selk was able to stop Anderson's first worship answer - a Pernicious Deed - but that Force of Will left him with no cards in hand. Between Deed, Vindicate, and Seal of Cleansing; Junk has a few ways to remove Worship from play. Anderson didn't find one until he was down to his last point of life, but he did then find another Deed and that sent him to 9-0.

Anderson hadn't played a Magic tournament in over 6 months, but his buddies were still into it and a trip to Vegas sounded like fun. I think he's glad his buddies talked him into coming.