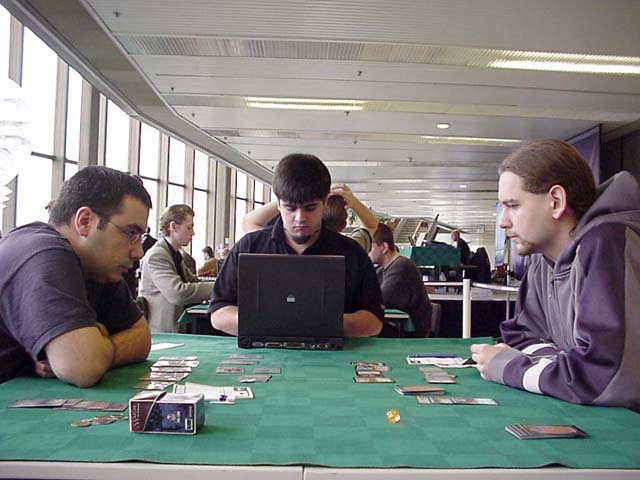 Neither player took a mulligan and the game started getting interesting when Rui plays a Thornscape Familiar followed by a Rage Weaver. Ivan had the answer and cast a Vodalian Zombie. Having a very aggressive deck, Mariani attacked the Czech with his freshly cast Pouncing Kavu together with his Rage Weaver that exchanged damage with a Disciple of Kangee. Next turn, Mariani stunned Ivan's only blocker and attacked once again. Ivan then created his army of blockers with Vodalian Zombie, Stormscape Apprentice and a kicked Urborg Skeleton.

The Portuguese had to get a fast start to be able to kill his opponent before it would be possible to build up defenses. He then got a Harrow, which supplied him with black mana to cast Plague Spores he had been holding in his hand. He then removed the Apprentice and the only white mana source his opponent had. Ivan stroke back with a Faerie Squadron but they were no match for the creatures, backed up by a Fires of Yavimaya, his opponent had. 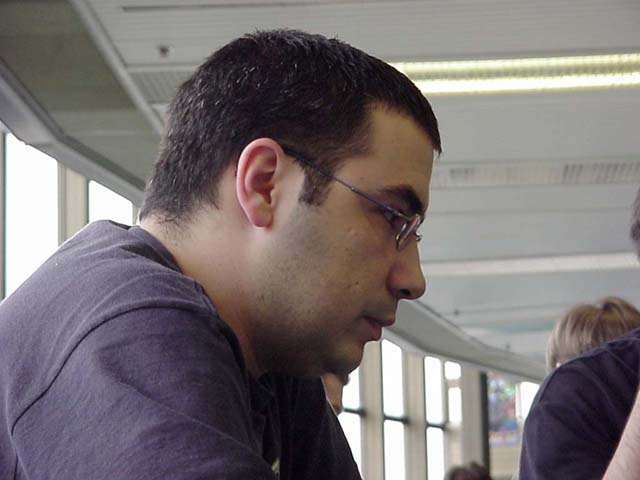 Ivan had to exchange creatures with Mariani's Alloy Golem to have time to find an answer. He did find a temporarily solution: Tsabo's Decree for "Kavu" thereby killing two out of four of Mariani's creatures. Ivan seemed to be coming back from his rather bad beginning by casting Recoil on the Alloy Golem. He was only at two life and his opponent at 14. Mariani drew a Flametongue Kavu and killed the Zombie that had been delaying his win. Shortly after that, Stanoev conceded.

This time it seemed that Ivan was the more aggressive one by casting Urborg Skeleton, Bog Down and a Glimmering Angel. Mariani was not intimidated by this and played Fires and then a Flametongue Kavu killing his opponent's Angel. 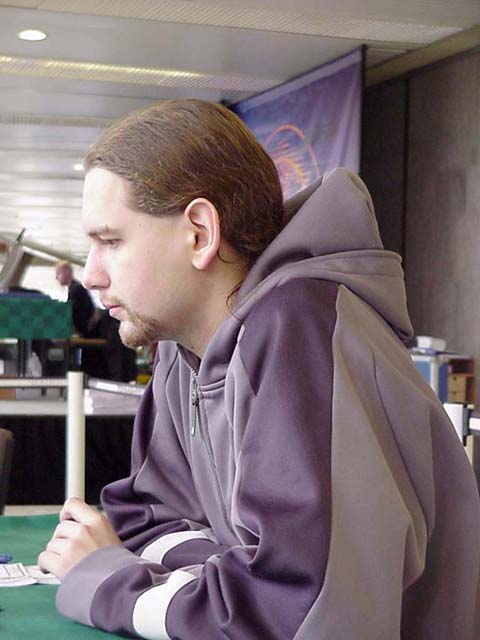 His deck was serving him well by giving him a needed Harrow and providing him with the right mix of creatures and spells. Mariani attacked relentlessly bringing the Czech down to 13 life. Ivan cast everything he could but all his creatures were smaller than Rui's. He only got to cast another creature with regeneration but it still couldn't stop the really powerful beatdown coming from the other side.

Being at four life he drew a Reckless Spite and conceded to Mariani who admitted, that he didn't like to play beatdown decks since he is a player who prefers controlling the game.