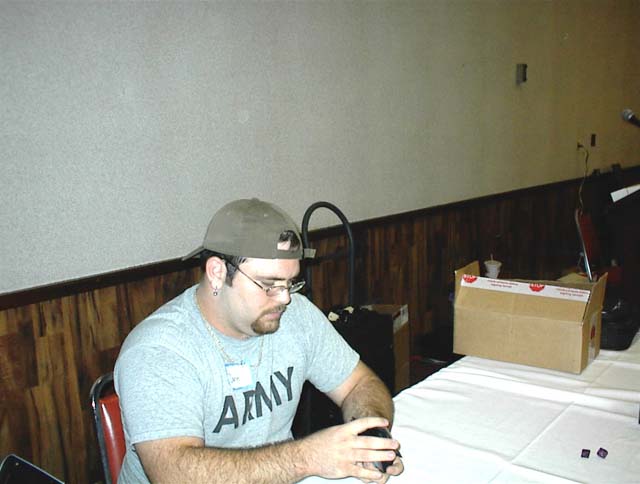 Daniel Meadors, a resident of Williamsburg, Kentucky was playing the popular Red Green Beats deck. Ranked in the top twenty in the state in constructed, this man is full of pride for magic in his area. Meadors has almost single handedly resurrected magic in a synonymous third world county. He played in the first Kentucky Open, where he made top eight, and is looking to be the first player to have two Open top eights to his credit. Brian Spencer, or DC, as all the cool kids call him, hails from Tell City Indiana. One of the few remaining purists (those who do not use the internet to build decks.) left in magic, the talented player was with a homebrew Zombie deck that feature such platinum and underlooked hits. Zombie Trailblazer came out of OTJ limited retirement to get some constructed play. Both players entered the round at 5-1 and DC was fresh off what some players were calling the upset of the year in Kentucky magic. In the previous round, he drubbed Anthony Justice and his Nassif deck out of the event. 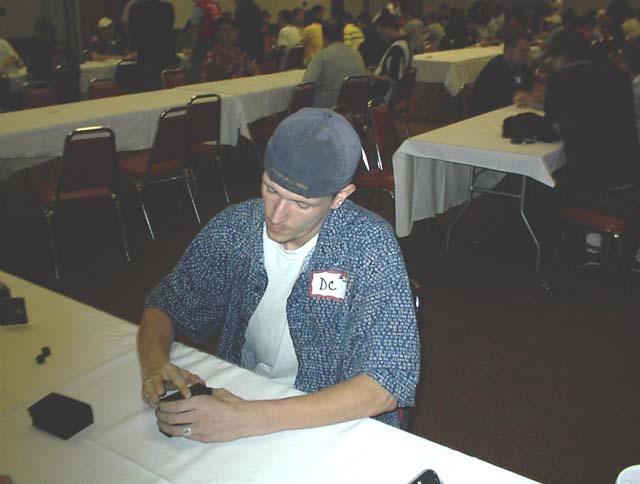 Daniel kicked things off with a Forest and a Basking Rootwalla. When he pumped his lizard on the next turn it was plain as day that he indeed did not have the second turn Mongrel. Brian, on the other hand showed why he was very unhappy with his draw. A first turn Barren Moor was joined by a Cabal Coffers, and he passed the turn back to Meadors. The long and short of this game? By the time Spencer played another land, the rootwalla’s took him down to eight. He cast a Shepard of Rot, which took one for the team, but when Daniel made a Grim Lavamancer, DC was sent packing, searching for answers in his sideboard, or at least hoping to get a significantly better draw. 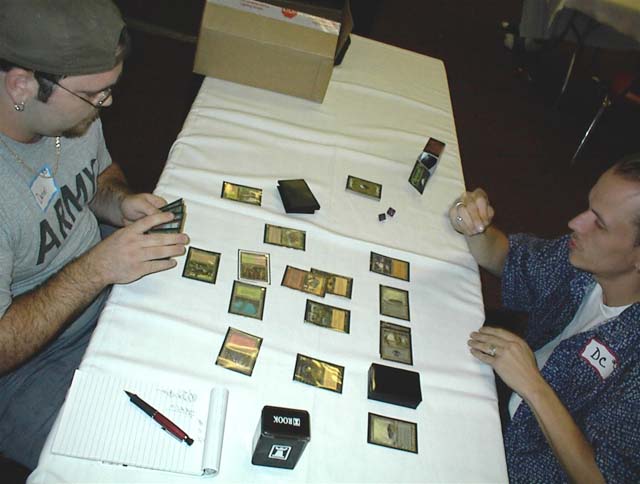 Both players kept their hands for the second game. Brian played out a second turn Shepard of Rot which looked rather weak when compared to Daniels first play, the crippling second turn Compost. Brian found one of his sideboard cards as well in Cover of Darkness, and sent in his Shepard. Of course the Cover would have been much better had Daniel not played Wild Mongrel. Rotlung Reanimator joined the side of DC. Things were looking pretty bad for Meadors, the key word in that statement was were. He attacked with his Mongrel which got past the wall of undead that Brian controlled. A freshly plucked Violent Eruption killed off Spencer’s side of the board, and Compost refilled Daniel’s hand. Graveborn Muse came down for Spencer, but the Necro on legs was dealt with via Volcanic Hammer before it could fuel out any answers to the current board position. Phantom Centaur came crashing down for Meadors, and it was enchanted with two Elephant Guides during the next turn. Zombie Trailblazer made it’s lone appearance of the game, but it was far to little for the huge protection from black horseman. Two attack steps later, DC’s army of darkness lay smoldering, and Daniel was one match win away from becoming the first player to have back to back Kentucky Open top eights.