After four rounds of Gatecrash Sealed Deck play, Malte " Malteko" Holm is the only remaining undefeated player in the tournament – having piloted his removal heavy Orzhov deck to a 4-0 record. 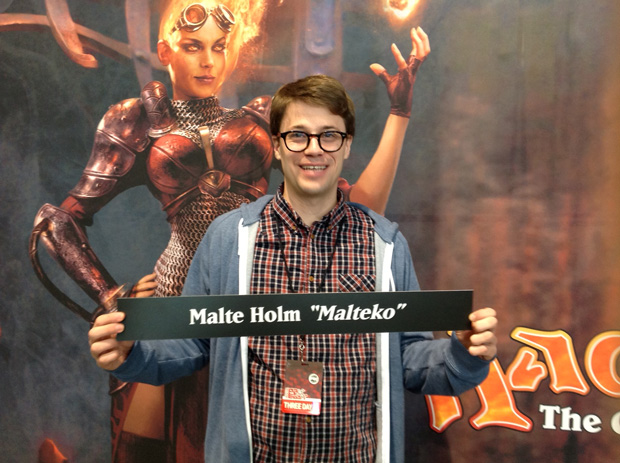 After winning his first three matches, Malte found himself facing down against Hiroki "ht991122" Yamashita's ultra fast Boros deck. The players split the first two games – and then things looked (from this coverage reporter's point of view) particularly grim for Malte as he found himself stuck on two lands for multiple turns. However, Malte's abundance of cheap creatures and removal spells meant that those missed land drops would ultimately prove to be little more than an inconvenience for him on his road to 4-0.

Upon opening their Gatecrash Sealed Decks, the majority of the 16 players in the event immediately highlighted their red and white cards and checked to see if they had the cards necessary to build a good aggressive Boros deck. 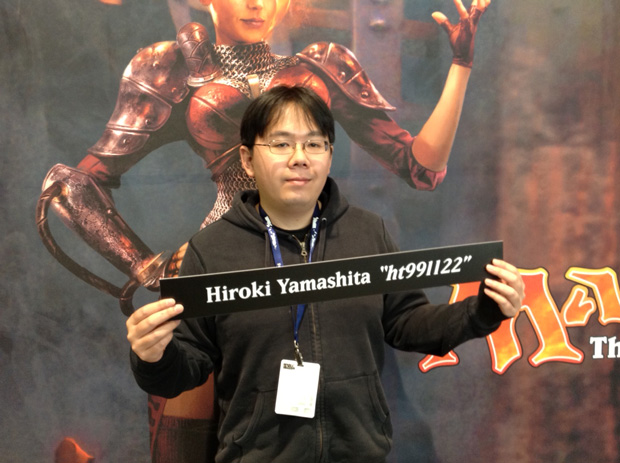 Some of the players who had immediately eyed their Boros cards, such as Hiroki "ht991122" Yamashita, needed to look no further as their pools gave them everything they were looking for. But others, such as Andreas "Eken." Elklund felt compelled to go in different directions. 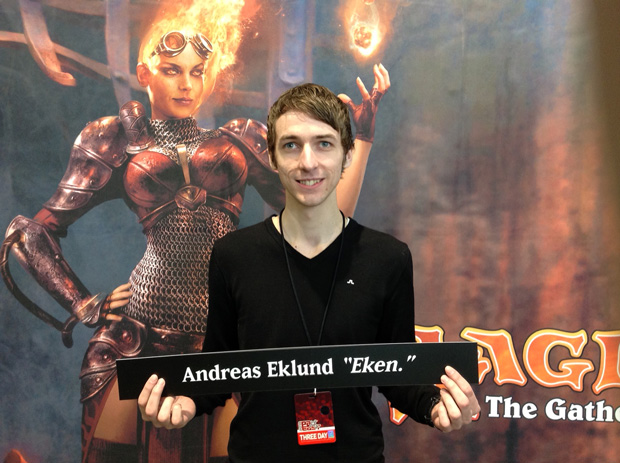 "I really did look at my Boros cards, but they just weren't good," explain Andreas "I saw that I had a lot of good uncommons in Dimir, and the colors that I had the most cards in were blue and black – so it was kind of natural."

And while Andreas had enough playable cards to stick to two colors, he decided to add some white for Treasury Thrull, and a smidge of green so he could pump up his Frilled Oculus "I splash a lot (in Gatecrash Sealed) so I can play all of the most powerful cards," Andreas explained. And if there was any question as to whether or not he should splash this time, the quantity of high quality mana fixers in his pool quickly put that question to rest. "I had three guildgates, a dual land, and three Prophetic Prisms (although I only played one of them) so it was easy for me to play some of my white cards."

Despite the fact that (or maybe because) so many of the Magic Online Championship competitors wanted to play aggressive Boros decks, reigning champion Reid Duke wanted little to do with that type of strategy.

"I've done about 20-25 Sealed Decks, not counting the Prerelease, and I've decided that I kind of reject the normal approach to the format. Which is like really fast, aggressive, Act of Treason/Hellraiser Goblin. I try not to play cards like that, and instead I go for more of the traditional Sealed Deck principles that I use in Core Set Sealed. Orzhov is definitely my favorite. I want to play lots of removal, lots of extort, 18 lands, and as few non-creature, non-removal spells as possible. I don't play cipher cards, and I won't play auras, even the really good ones."

When asked about splashing, Reid explained that he does it when it's really easy, or when it's absolutely necessary.

"I don't splash a lot, but it really depends on the pool. It depends on the fixing, and it depends on the cards that I have to splash, but even more than that it depends on if your deck needs that. Let's say I have an average Orzhov deck; if I have a couple of nice late game bombs where I can say 'if we get to turn 10, then I'm eventually going to draw these cards and I'm going to be able to win' then that's fine, I'll go with straight Orzhov. But if I have the shell of a good Orzhov deck with good removal, and good creatures – but I'm lacking that late game finisher, then maybe I'll splash for an Assemble the Legions or a Foundry Champion or something like that."

Despite his abundant practice with the format, Reid got off to a tough start – losing his first two matches. While Reid was able to battle back to a 2-2 record, he knew that he would need to do quite a bit better throughout the rest of the event in order to become a back to back champion.

"The way that this tournament (the Magic Online Championship) is set up, you can afford to have one bad format. So hopefully this was my bad format."

In the first round of the event, Jacek Sadurski defeated David Caplan. When the match ended, Caplan was distraught "I misclicked through my lethal bloodrush twice!" he exclaimed before stepping outside to recollect himself. After taking a brief walk around the event site, Caplan had calmed down considerably – allowing himself to bounce back and win his last three Sealed matches.

While many of the players at the event had a strong bias for or against aggressive Boros decks, Malte "Malteko" Holm made it a point to set his biases aside and just build whatever his pool tells him to. 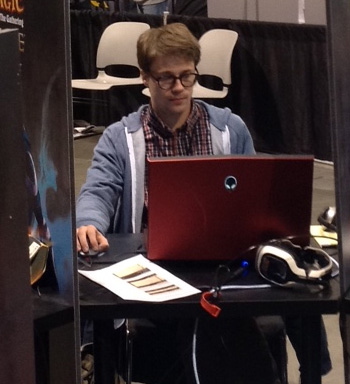 "The first thing I do is sort my playable cards by color and guild, then I look at my rares and Mythics to see if there are any standout cards." Once he's checked for cards that scream to be built around, Malte takes advantage of the ease with which he can arrange cards on Magic Online to find the best deck possible. "On Magic Online you get a really nice overview. I just look across all of the colors and see what speaks to me."

While he might not have a particularly strong bias, Malte does have a pick for the best guild in Gatecrash Sealed Deck. "I like Simic a lot, especially in Sealed Deck because it's mostly slower (than drafts). If you get a good Simic deck, you're going to be pretty good in the metagame of guilds."

When I asked Malte about the differences between the ways that he approaches Gatecrash Sealed and Gatecrash draft, he explained to me that despite being a Magic Online fanatic - he doesn't have that many Gatecrash drafts under his belt.

Needless to say, that practice has paid off in a big way for Malte who will enter the Cube Draft portion of the Magic Online Championship in sole possession of first place.