We've made it to the final round in today's competition and facing each other right now are the only two remaining undefeated teams:

Owen Turtenwald, William Jensen, and Reid Duke will have to overcome Manuel and Christian Hauck, and Stephan Schwarz to finish the day with a perfect record.

While all six of these players are extremely skilled, we figured it would still make plenty of sense to break down the contents of their respective Sealed Pools. These are the decks they registered at the start of the day:

1 Lash of the Whip 1 Pharika's Cure

So much for the pool of the American team. Here are the cards that the German team used to tear through the field:

1 Anger of the Gods

The matches between these two teams were very intense, with all three games being tied at one point. It was Stephan Schwarz who claimed the lead for the German team then, overcoming Reid Duke to make it 2 - 1.

Shortly after, Owen Turtenwald tied the scores once again, however, beating his opponent Manuel Hauck 2 - 1.

Everyone now grouped together to give advice for William "Huey" Jensen on the one side of the table and Christian Hauck on the other. 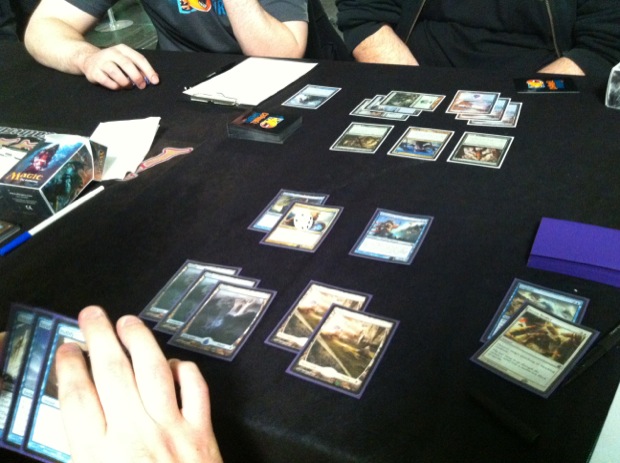 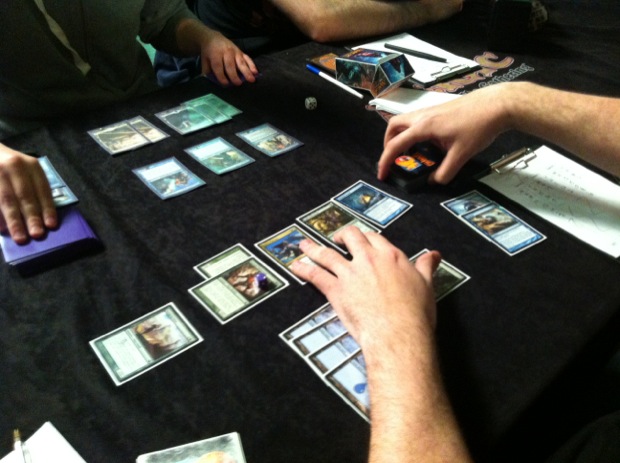 Hauck then tapped both of his creatures, with Jensen opting to block Wavecrash Triton with Leafcrown Dryad. Triton, Fortune Hunter gave Hauck yet another threat, but Jensen wasn't out of options just yet, finding a and an enchantment for Setessan Oathsworn. For a while, it seemed like the game would continue to go back and forth and Hauck certainly felt like he had all the tools he needed with Nullify in hand, but that was before Jensen found a huge Mistcutter Hydra! Suddenly, he had the by far largest threat on the field and it tied the life totals at 6 each. 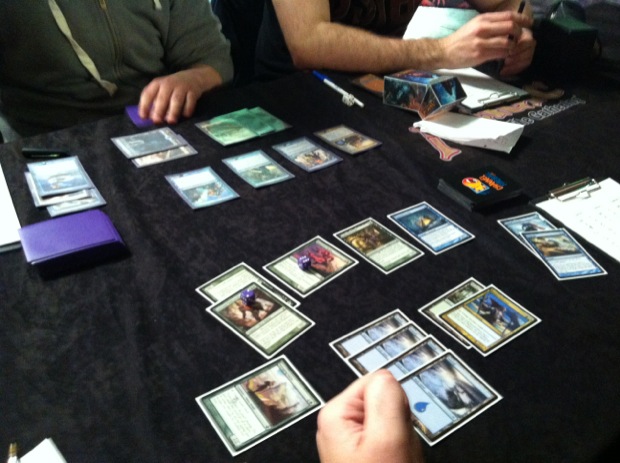 In a desperate effort, Hauck turned all of his creatures sideways. Jensen had enough blockers, however, and since Hauck found no out to block the Mistcutter Hydra, the American team walked away from the table victorious!

What a clash of the titans. In the end, it was a Mistcutter Hydra that wrapped things up for the team of Owen Turtenwald, William Jensen, and Reid Duke. They will certainly be hoping to get passed a similarly strong pool tomorrow morning so they can advance to the Top 4.