It's not every day you get to write about yourself, but this time quite a few of us coverage reporters are also playing at Pro Tour of the Gods next weekend. Together with Matej Zatakaj, Simon Göertzen I am already in the midst of preparing for the Pro Tour. In fact, everyone in our testing group who play Legacy are here in Paris, either doing coverage, or like Joel Larsson, playing. His weekend however, could have started better. 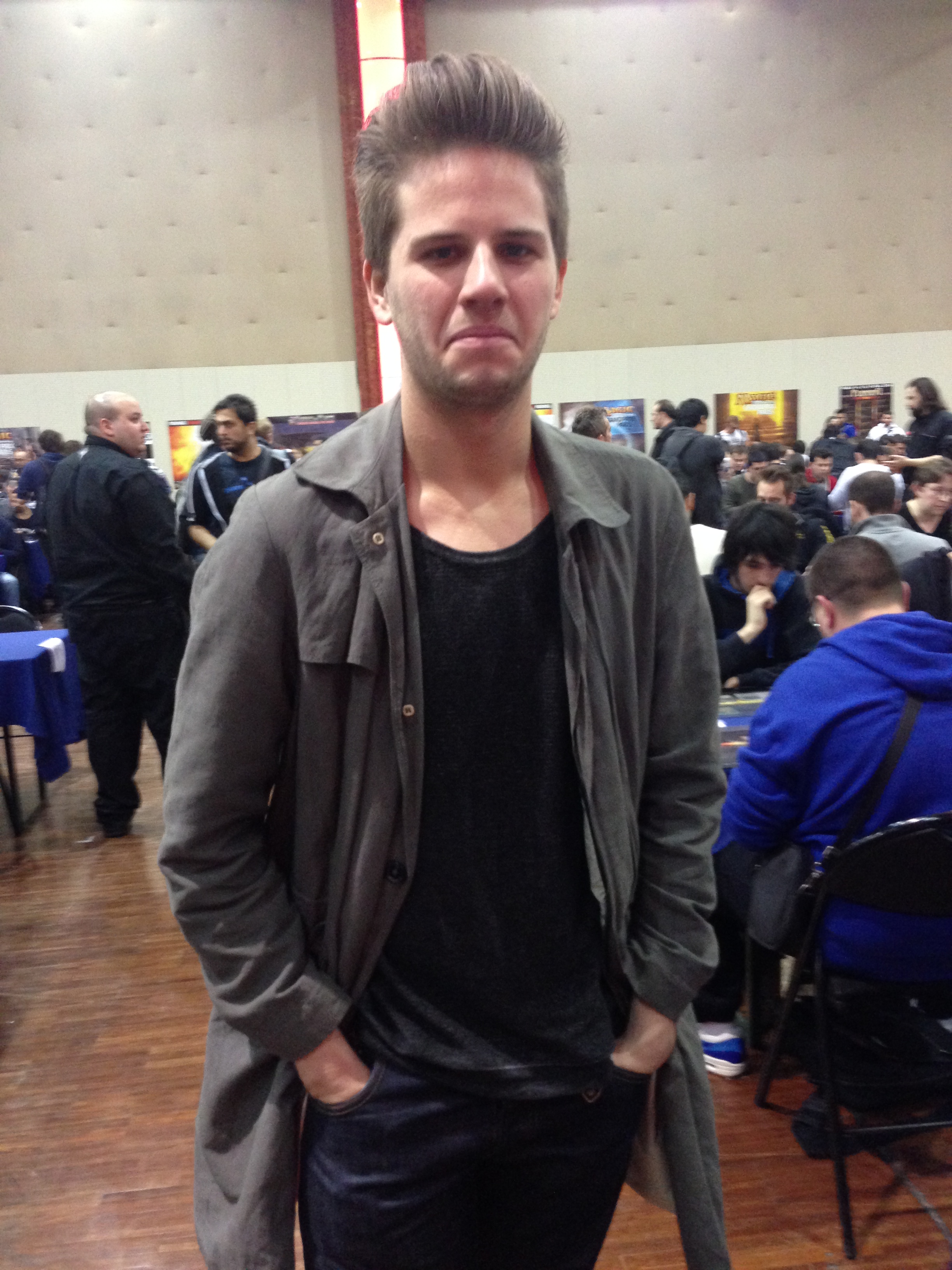 "First I lost my VISA card somewhere at the airport in Stockholm. Then I got a terrible migraine as I landed in Paris last night, and to top things off my taxi dropped me half an hour away from the site," he says, with a big frown.

Some of the people in the test group, like Denniz Rachid and Elias Watsfeldt are already in Valencia, house sitting the teams apartment and testing Born of the Gods on Magic Online. Splitting up the team is a solution that several other teams, like ChannelFireball also have opted for. Not letting Legacy divert their energy and attention from Modern and Born of the Gods. The exception is Paulo Vitor Damo da Rosa, who is the lone ChannelFireball:er in attendance in Paris.

"The others know that I don't have the option of going to 20 Grand Prix a year like they do, so it's okay for me to skip a few days of testing to play here," he explains.

Being surprisingly absent from the Grand Prix scene lately Paulo says he's very excited to be back "on the road" playing Magic and meeting friends again. "I haven't missed the 20-hour flights, but it's great to be back playing again," he says.

With a week of draft practice in the Czech republic behind him, he is also confidant he won't be unprepared when Pro Tour Born of the Gods starts Friday morning.