What would a Grand Prix be without it's multitude of exciting side events? French organizers Bazaar of Moxen are somewhat of the uncrowned kings of side events. And this weekend is no exception. Events are ranging from the "Bazaar of Lovers", a two headed giant tournament, to the "Bazaar of Boxen" a standard win-a-box. Throw in the infamous Chaos draft with boosters from different expansions ranging all the way back to Revised edition and players who aren't playing in the Grand Prix itself are having at least as fun on the sidelines.
"What we wanted to do this weekend was to recreate something like the Magic Weekend we ran here in Paris in November. With tournaments in all formats, so those who don't play Legacy can also come and enjoy the weekend," says tournament organizer Kevin Desprez. 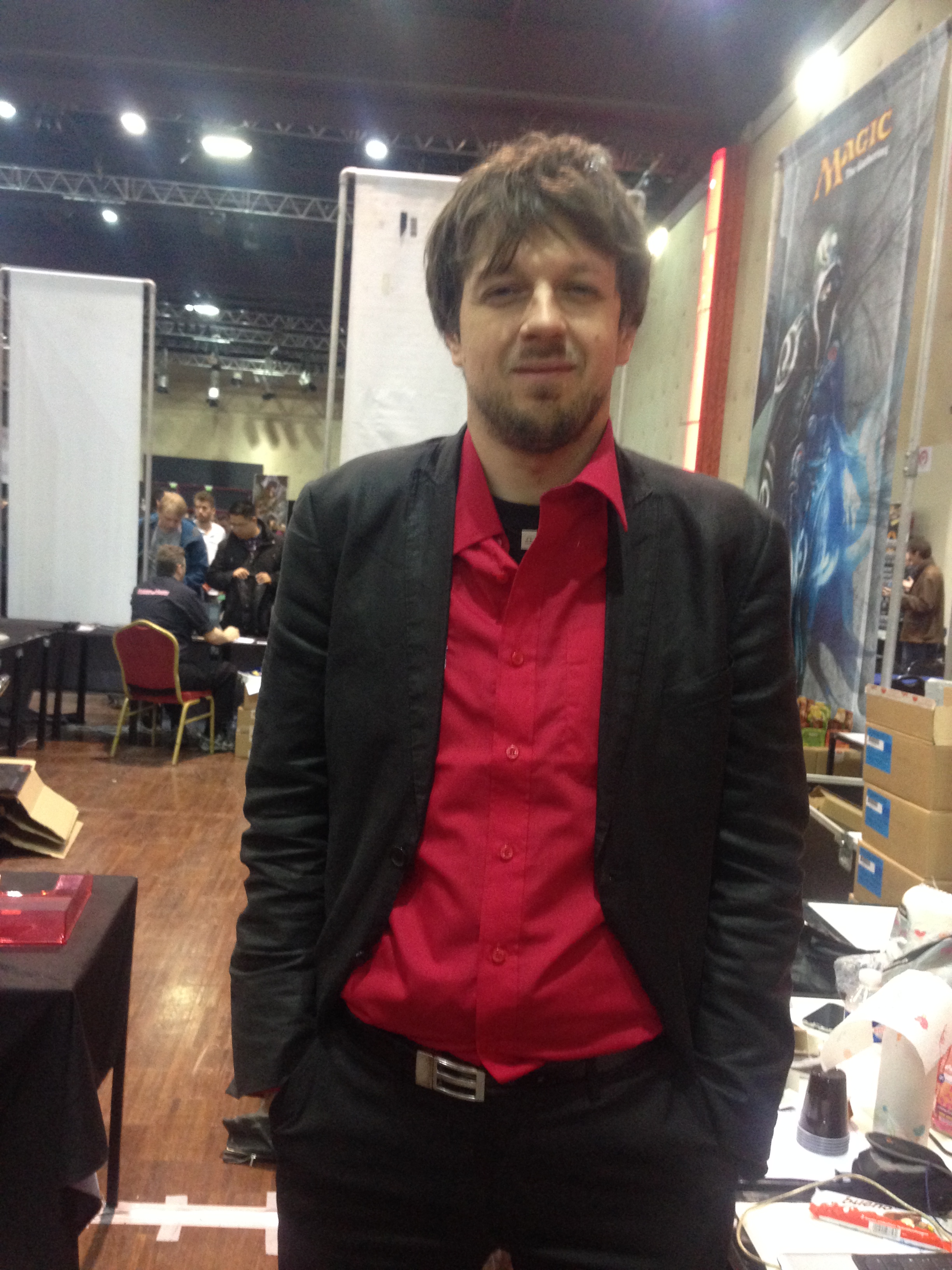 Tournament Organizer Kevin Desprez is happy with the turnout this weekend.

Which is why he didn't hesitate to put the starting time of a sealed deck tournament gathering over 100 players at the same time as the Grand Prix itself. He also says that in France Bazaar of Moxen have been running events for a long time, and people know that there will be good prizes in them.
"That is the spirit of the Bazaar of Moxen," says Kevin Desprez.

And the players seem to agree with him. If there is a world record in how many Grand Prix trials you can squeeze in the night before a Grand Prix it was surely broken last night, as over 40 Legacy trials were played. And those who didn't have to get up early in the morning enjoyed all night drafts and standard 8-man. 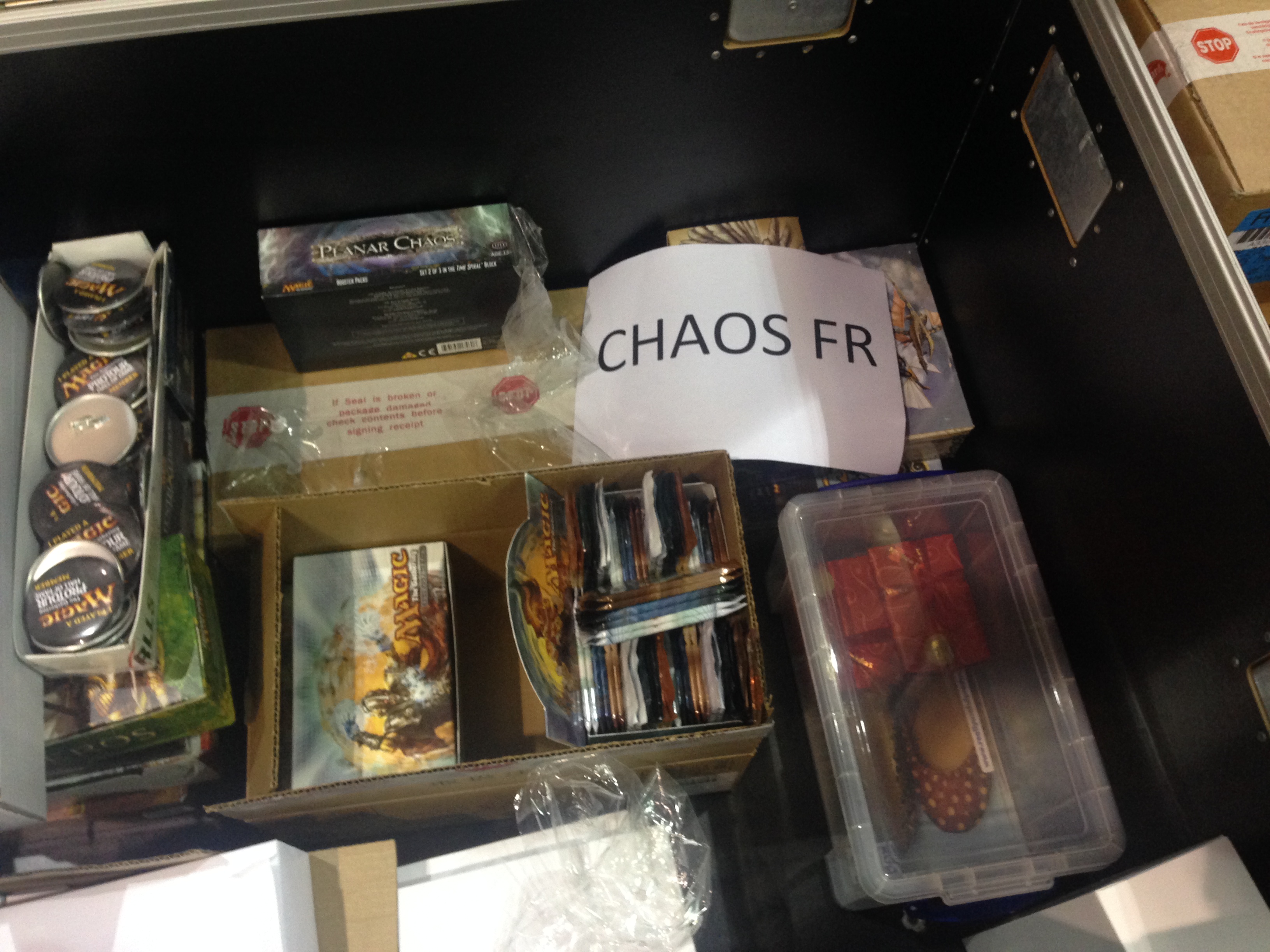 Booster boxes from the infamous Chaos Drafts, that are run as side events at most Grand Prix.