The World Magic Cup is drawing ever closer and with only so many pro points left to pick up among the way, we can start asking the question who will lead his respective country's team into the tournament.

In quite a few countries, the race is still on with the leader just being 2 or 3 pro points ahead of the competition. One of the affected teams is team Hungary with Tamas Nagy currently leading right in front of Tamás Glied. Ironically, both of them are playing on the very same team, which means that no matter their results this weekend, there won't be a change regarding the difference between the 2 most successful Hungarian players. 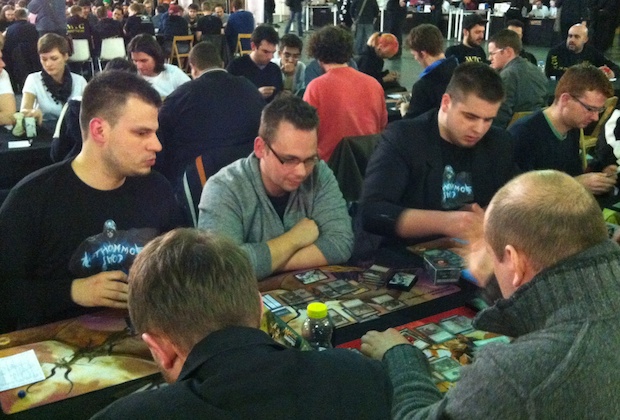 The Hungarian elite team came close in their round 6 match, but they ultimately lost.

That left me with the following question for Tamas Nagy: How come you didn't enroll in different teams so you had a better chance of moving ahead of Tamas (Glied)?

Nagy: "For us, it was much more about having a shot in this tournament rather than the World Magic Cup. The tournament is still a few months away and we wanted to focus on this event at this point in time. Also, we playtest together all the time, so it's not like we are big rivals."

What do you think about the World Magic Cup in general?

Glied: "I'm very excited for the World Magic Cup. I just love the team format and it feels special playing for your nation!"

Nagy added: "It's very important for us. It's also a small tournament and we know most of the other players that will participate there, so it will be a very friendly atmosphere."

How important is it for you to be the captain for team Hungary?

Glied: "I don't care too much whether I'll be captain or not, I just want to be on the team."

Nagy: I do want to be the captain! I've been leading the team for the past few years and I don't want to give up on my streak! 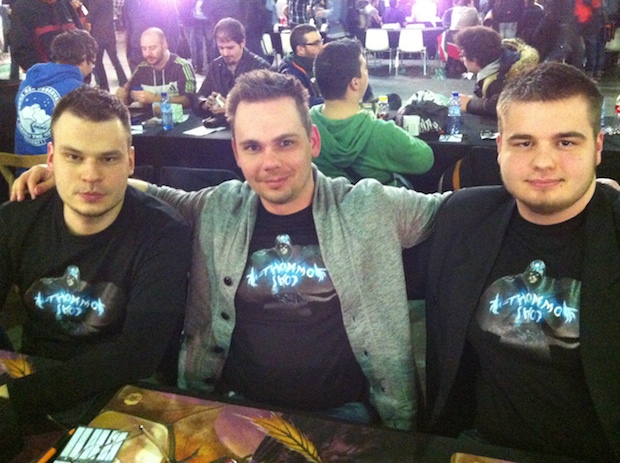 Tamas Nagy was also leading this time, sitting in the middle to guide his brother Ferenc (left) and Tamás Glied!

There are other interesting races that might not seem as close, but 6 pro points shouldn't be much of a problem for Czech superstar Martin Juza. That's the amount of points he's currently trailing behind Stanislav Cifka, but Juza is well known for attending plenty of tournaments and doing well in most of them, so this doesn't seem too much of a threshold for him.

Unlike the Hungarian team, Juza and Cifka have not joined forces today. Did this ever play a role for them in the backs of their minds?

Martin Juza: "It's not about beating Stanislav; we're both friends, so I'm happy if either of us makes it. For me, it's more about making Platinum than beating anyone in particular."

How important is the World Magic Cup to you?

Juza: "I would love to play the World Magic Cup, it's a great event, but it's not on the top of my priorities. I didn't cash in the money in the Pro Tour so far, so I'll leave the worrying about the captaincy for the World Magic Cup part to those amazing players like Reid Duke that can start worrying about this since they've already been successful enough this season. Like I said, I'm much more concerned about Platinum." 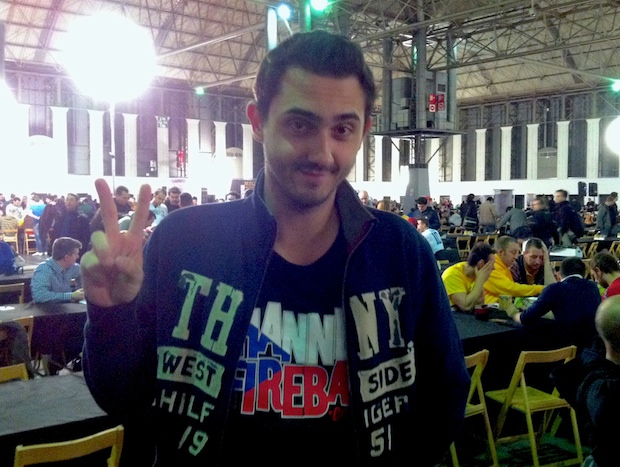 Even when things aren't going that well for Martin Juza, he's having a good time!

How happy are you with your current season so far?

Juza: "I feel like I chose the wrong decks at the Pro Tours. For this one (PT Valencia), I thought the whole time: "We can break the format!", but it turned out that the format was unbreakable.

"All the decks would be losing to something while winning against other decks. All the people that did well had been playing the decks that they have already been playing forever. So I think I should have just stuck with the deck that I had been testing a lot, something like Melira. I guess I have to question my playtesting methods.

How are you testing exactly?

Juza: "I'm testing a lot with Shuuhei Nakamura. I prefer Limited a lot to Constructed, just like him, and we really can't complain on our record in that format. Every event is a totally different story and that's what we like about it so much."

Can you tell us what's been the difference maker when you compare your current record to the players that have been doing a little better at the Pro Tour?

Juza: "At the moment, it's more about knowing all the decks inside out and what to side in against particular decks. So it's less about creative decisions while the game is underway, but more about "doing your homework".

The problem for me is that I don't like to sit down and playtest match-ups for several hours a day and that's what's probably lead to my Constructed game being a little bit off as of late. Then again, the next Pro Tour might be an entirely different story, so I'm not too worried about the future."