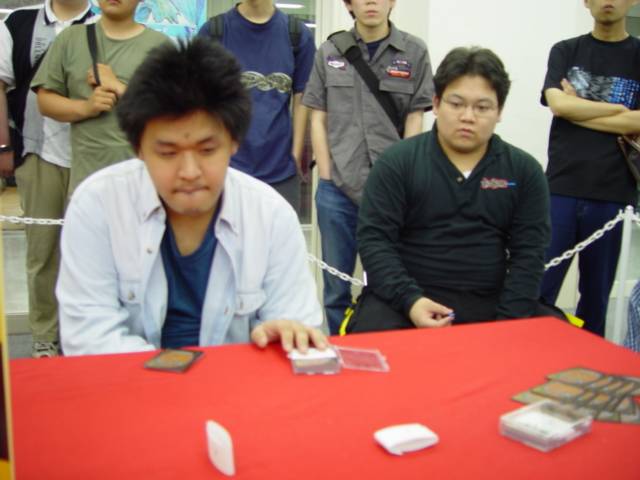 Although before the draft he said UW was his primary choice, Momose seems to be actively avoiding those cards, instead chosing RGW. Is he planning to concentrate on RG in Torment and avoid a fight over blue?

Altogether, it's hard to fathom what Momose is trying to do. Of couse, two Fiery Tempers are strong in any deck, but RW is not exactly one of the optimum combinations in Odyssey block. With Wakisaka, Mori, and Masui all going black-green, the two people at the table drafting white and red--including Momose--should expect big things from Judgment.

Faced with few options, Momose has essentially drafted a monowhite deck. He'll want to aim for threshold as much as he can to fully reallize the potential of his multiple Vigilant Sentries, but without Lithatog, that's a tall order.