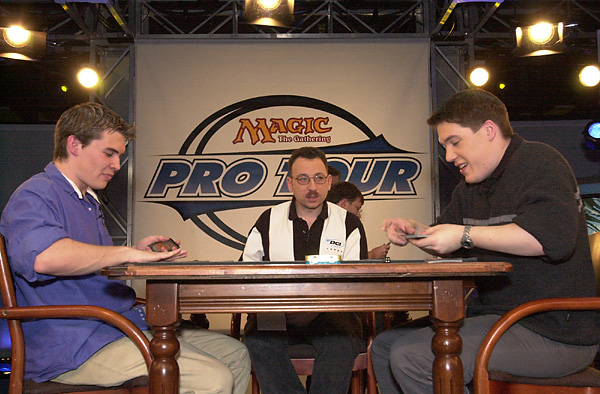 Top-seeded Kai Budde of Hamburg, Germany continued his march into the Pro Tour Chicago Finals with a convincing 3-1 victory over New Hampshire's Brian Kibler. Budde was able to use all the weapons in his arsenal while Kibler sputtered with two mulligans and modest opening draws.

Kibler broke out quickly in game 1 to control the board with an early Ancient Hydra despite the first of his mulligans. With the Hydra about to fade away, Kibler played Armageddon, leaving him with a Llanowar Elf and Birds of Paradise. It was Budde, who was holding three land, who recovered more quickly. Kibler drew only one more land, while Budde played in succession Chimeric Idol, Thermal Glider, Lin Sivvi and Longbow Archer for the quick beatdown. 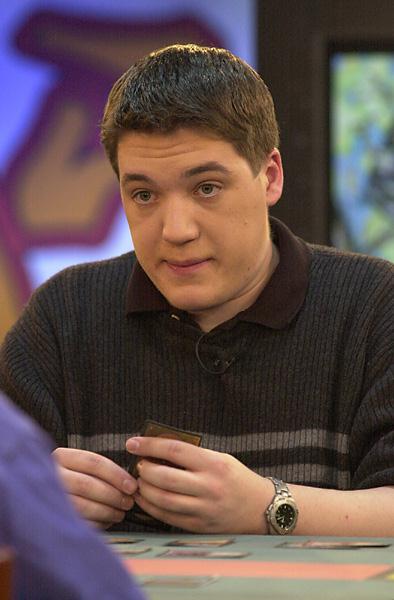 Kibler mulliganed in game 2 with only one land-Rishadan Port-and three mana creatures in his hand but recovered. Once again he was able to establish early board control with an Ancient Hydra and attacking with a River Boa. After the Hydra faded away, Budde looked to equalize with Mageta, the Lion. With Mageta still suffering from summoning sickness, Kibler attacked with his Boa, which Budde blocked. The bait taken, Kibler then summoned his second Hydra and killed the Mageta. After some savage Elf beatings, the German seemed to recover with a Parallax Wave and a few ground-based Rebels. Kibler then sprung the winning attack by flying over with his Birds of Paradise flock, one of them pumped up with Wax.

Kibler couldn't get out of the box in game 3. Budde started with Ramosian Sergeant on turn 1 and Steadfast Guard on turn 2. He proceeded to do 11 damage before Kibler could equalize. The young Emory University student then fell victim to the combination of his own City of Brass and Budde's double Rishadan Ports, with 5 of the final 7 damage coming from the Cities.

In the final game, Kibler once again got a mediocre start, not having a first-turn mana creature. He managed a second turn Birds of Paradise on the way to a third-turn Blastoderm, but Budde had an answer by searching for Defiant Vanguard and blocking the Beast. Kibler managed to squeeze out a Jade Leech and River Boa, while Budde searched for Thermal Glider and Defiant Falcon. Budde served with the Glider while playing defense with the threat of another Vanguard. Budde kept Kibler mana shy with a Dustbowl and slowly ate away life until playing a Parallax Wave. He then cleared the path of blockers and rode the Falcons and Vanguard to victory.

In the final analysis, it was Kibler's inability to get off to quick starts and Budde's answers to whatever threats he had that doomed him. Once Budde was able to establish his Rebel search engine to find the right creatures at the right time he was always in control.