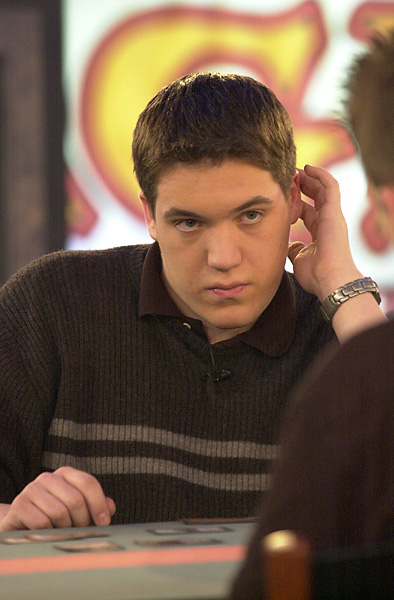 PT Chicago's top seed Kai Budde finished an impressive Sunday by crushing Holland's Kamiel Cornelissen in a match-up of the event's dominant archetype, the Rebel deck. After a see-saw first game, Budde dominated the remainder of the match with a collection of threats, keeping the young Dutchman continually off balance.

Game 1 was easily the most interesting of the match. Both players summoned Rebels early, but it was Budde who seized the advantage by attacking repeatedly with his Steadfast Guard. He then brought out Lin-Sivvi and searched for the Rebel Informer on the following turn. It looked as though the German was firmly in control when Cornelissen Dominated the Rebel Informer. Leading 20-6 but facing the prospect of having all his Rebels drained away, Budde summoned a Rebel swarm by playing a Longbow Archer, Steadfast Guard and Thermal Glider on the same turn, hoping to overrun Cornelissen. Once again, Kamiel had the answer, this time in a big way: the board-clearing Rout. Budde came back with a Chimeric Idol and kept Cornelissen's mana tied up with Rishadan Ports, closing out the first game. 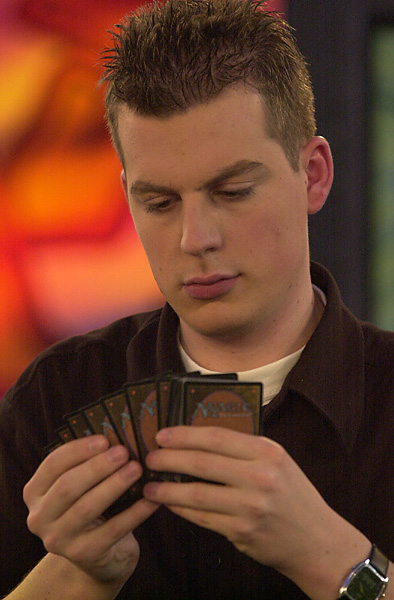 Both players mulliganed in Game 2. Cornelissen had an Island and a Plains, but elected to mulligan because he had no Rebel searcher and all high-cost spells. His next hand wasn't much better, but he chose to keep it. Budde, on the other hand, fared rather well. He followed up a first turn Ramosian Sergeant with a second turn Steadfast Guard. While attacking with the Guard, he used the Sergeant to search for more. By the time Cornelissen had piled up enough mana to bring out a Mageta, the Lion, Budde had 3 Steadfast Guards in play. The turn after Mageta showed up, he attacked with everyone, bluffing Wax with his one available green mana. Cornelissen took the bait, but it was only a bluff. After combat, Budde played a Chimeric Idol. On the following turn, Cornelissen brought out Lin-Sivvi. Budde tried to take advantage by playing Parallax Wave, but Cornelissen countered. This was crucial because now the Dutchman didn't have sufficient mana to use the Mageta's board-sweeping ability. On the following turn, Budde played Wrath of God. Cornelissen didn't have a counter-nor would he draw one the rest of the match. What he did have, however, was a Dominate, with which he stole Budde's Chimeric Idol when it attacked. Budde brought out an Idol and a Lin-Sivvi of his own, but Cornelissen played Rout to head off the Rebel threat. Just when it seemed Cornelissen was about to achieve some parity, Budde played Parallax Wave, sealing the victory. 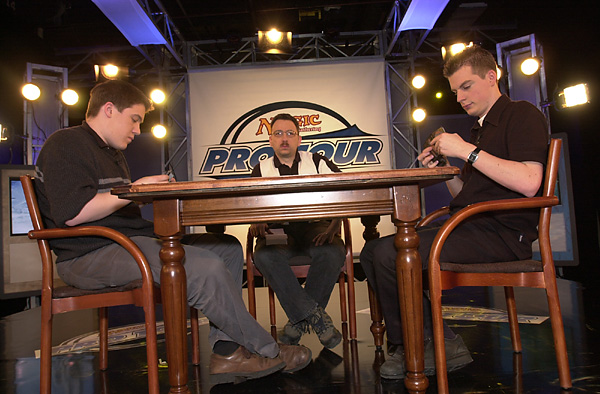 Game 3 was one-sided. After the two players traded Ramosian Sergeants, Cornelissen summoned a Defiant Falcon, Budde a Longbow Archer. Budde's Archer attacks were backed up by a succession of Rishadan Ports, stalling Cornelissen's mana development. After Kamiel had finally collected enough mana-and tapped out-to search for Lin-Sivvi, Kai summoned Mageta, the Lion. On the ensuing turn, Cornelissen searched for another Rebel, forcing Budde to use the Mageta's ability. Interestingly, he discarded an Armageddon and a Chimeric Idol, a clear signal that he still held an Armageddon in his hand. This was not the case. He held onto a backup Mageta, a Wrath of God and another Port, a move that he later reflected upon as a mistake. The three Ports and the Mageta were serving well enough, however, beating Cornelissen down to 7. After Cornelissen had summoned a Ramosian Sergeant, blocked the Mageta and tapped most of his mana to search, Budde seized the day. He used his remaining Port to tap the Cornelissen's last blue mana source at the end of combat. He then played what he had drawn that turn, and spoke dramatically its German name: "Gotterdammerung." Armageddon. For Kamiel Cornelissen, the land, like the day, was no more, and Kai Budde was crowned Champion of Pro Tour Chicago 2000.