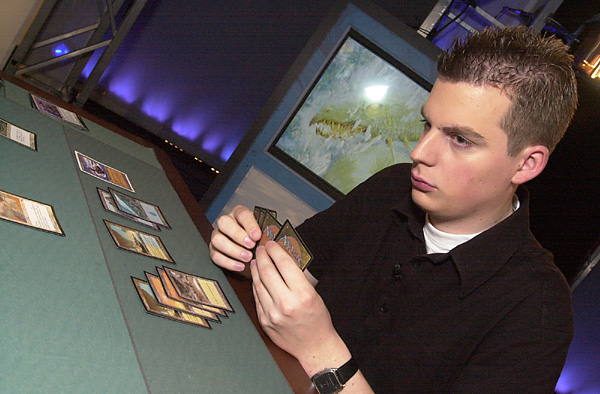 Dutchman Kamiel Cornelissen faced off against Boston player and tournament organizer Rob Dougherty in the semifinal match of Pro Tour: Chicago 2000. Dougherty planned to defeat Cornelissen with a quick beatdown from his red/green Fires of Yavimaya deck. Cornelissen hoped that his white/blue Rebel deck would prevail by controlling the board and riding the Rebel chain to victory.

The first game began and Dougherty tried to quickly cut off Cornelissen's Rebel engine. After starting out with Llanowar Elves and Fires of Yavimaya, he played Rhystic Lightning on Cornelissen's Ramosian Sergeant and another on Lin Sivvi. Dougherty then played Chimeric Idol and began his attack.

Cornelissen wasn't impressed. A pair of timely Fact or Fictions yielded him six more cards, and he used his advantage to regain control of the game. He played Dismantling Blow on the Idol and countered everything else that Dougherty cast. Jhovall Queen and Ramosian Sky Marshall quickly came in and the first game went to Cornelissen. 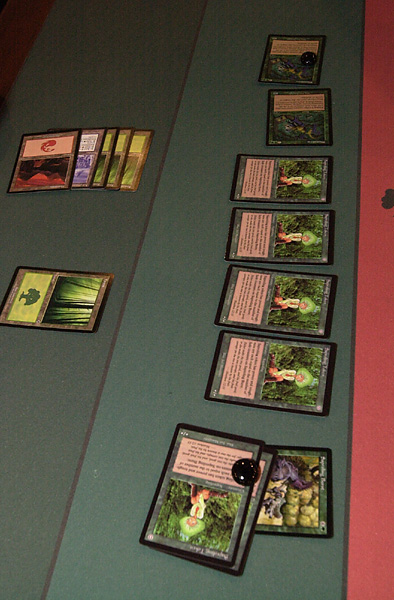 Dougherty got off to a good start in the second game, casting a Chimeric Idol and removing Lin Sivvi with an Earthquake. He then played several Blastoderms, hoping to win with a quick swarm. But at six life, Cornelissen drew a Circle of Protection: Green that shut down Dougherty's attackers. Using Defiant Falcon, Cornelissen brought out several Vanguards, which dealt with Dougherty's Idol and a Kavu Chameleon.

Dougherty became frustrated as his green creatures were unable to deal the final six points of damage. He cast a six-point Earthquake, but it was countered. Eventually, Cornelissen brought out an army of Rebels that he rode to victory, earning him a 2-0 lead in the best-of-five match. 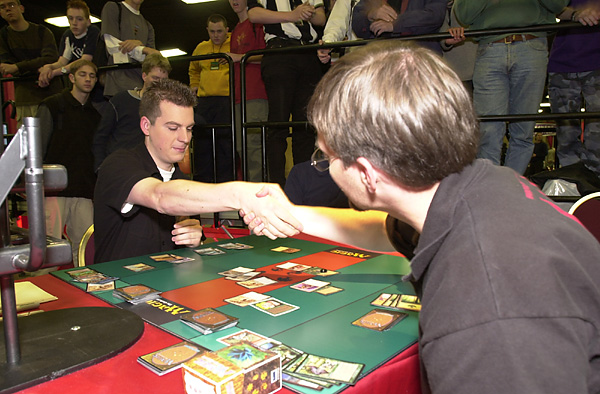 Dougherty was stuck at two lands for most of the third game, but he struggled valiantly to control all of Cornelissen's threats. Earthquake removed Ramosian Sergeant, while Hurricane destroyed Defiant Falcon. His two lands couldn't deal with Cornelissen's sixth-turn Jhovall Queen, however.

Dougherty finally drew the mana he needed, but it was too late. His Chimeric Idol and three Blastoderms were no match for Cornelissen's unstoppable Rebel engine. After his Saproling Bursts were stopped by Dismantling Blow and Absorb, Dougherty had no choice but to concede. The players shook hands to confirm Kamiel Cornelissen as the 3-0 match winner.