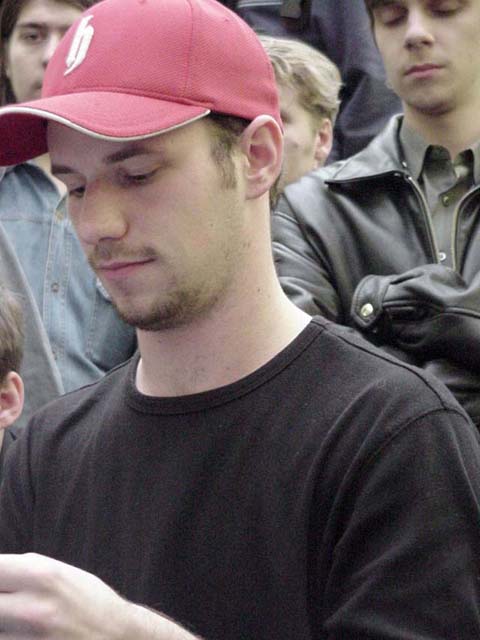 Some statistics maybe? Two out of the four Living Legends team members present in Moscow made Top 8, while all of them reached Top 16. Ryan Fuller and Antoine Ruel are facing each other in the semi-finals, playing for one more success to add to their already remarkable list of 2001 Grand Prix achievements:

These guys had the best Grand Prix results this year. Ryan also reached Top 8 in Pro Tour Tokyo and won the Team Masters with AlphaBetaUnlimited.com after beating the Black Ops and Antoine Ruel in the semis.

Ryan won the toss and chose to play first.

Antoine mulliganed down to six and both played nothing but lands in the first five turns. The Canadian (should I say Dutch?) even drew a Fact or Fiction as his only non-land card. At the end of Ryan's turn, Antoine played the first spell of the game, a Fact or Fiction taking the Meddling Mage, Fact or Fiction stack over the Absorb, Teferi's Moat and Coastal Tower's one. In his fifth turn, Antoine dropped the Mage naming Spite/Malice. Since the two friends have been playtesting the format for long, they know each other's deck perfectly and they both know Antoine plays only one Spite/Malice while Ryan plays two. At the end of this turn Ryan played his only spell which gave him a Lobotomy and a Teferi's Moat, which Antoine Absorbed on the next turn, before dropping a Galina's Knight.

Ryan, who drew an Absorb on the turn before, drew the precious counter again, but still had no solution to the Frenchman's beatdown. On his next turn, Ryan drew a Hobble that he played on Pikula. The enchantment gave the Dutch (should I say Canadian?) the ultimate solution to any attempt of beatdown. The Knight assaulted Fuller, who Absorbed Antoine's second Meddling Mage (23-11) that could have forbidden Rout. God quickly got angry and stopped Antoine's beatdown for a looooooong time.

Indeed, the next spell was played on Ruel's 16th turn. On turn 21, Antoine thought he had won the game when he Lobotomized Ryan's Agenda after a seven counters battle, and dropped his Dromar. But the Banisher got kicked off by Fuller's last removal, his second Rout.

A few turns later, it was Ryan's turn to drop his own Dromar. Antoine's attempt to exclude the monster was Absorbed. 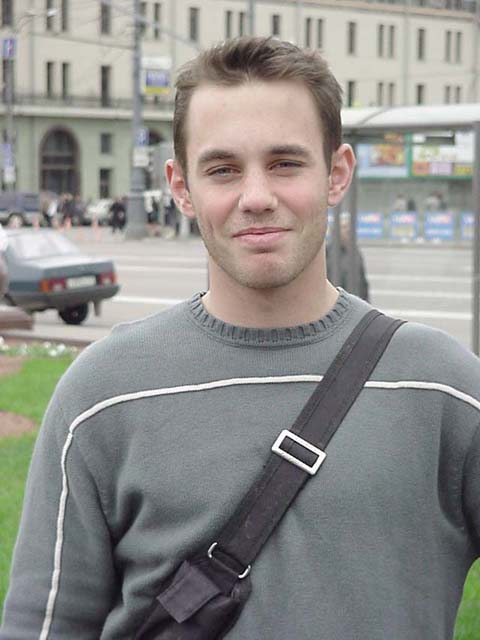 Having been attacked several times by the Dragon, Antoine tried to kill the Banisher a last time, playing a Meddling Mage, which Ryan excluded. In response, Antoine tried to play a Rout. As he saw Fuller's Absorb, he conceded after 40 minutes.

Game two went much quicker. It started in the same way with the Frenchman taking a mulligan. Both players had four lands on turn four, but five turns later Antoine was still blocked while Ryan had nine lands.

On turn thirteen, Dromar hit the table on the same side he ended the first game, and killed Antoine four turns later. Antoine, who had only dropped his third blue land on turn fifteen, could have been disappointed, but as he said "it is better to loose against a friend than against anyone else".

Fuller is now about to play for his second Grand Prix win this year, and the match-up makes him the favorite for winning the very first Grand Prix to be held in Russia.