Two years ago, Goro Matsuo was a well-known player who would have been recognized by any player, a position now occupied by Masaya Mori. Many people had their eyes on this matchup, not only because it would determine who advanced to the Finals, but because it represented a battle between two generations of players respected for their play skill. Although any other player would have been apprehensive about taking on a two-time Continental Champion, when asked about his feelings before the match, displaying his characteristic nonchalance, all Matsuo had to say is "I haven't been keeping up on what's happening lately...Who exactly is Masaya Mori again, anyway?" 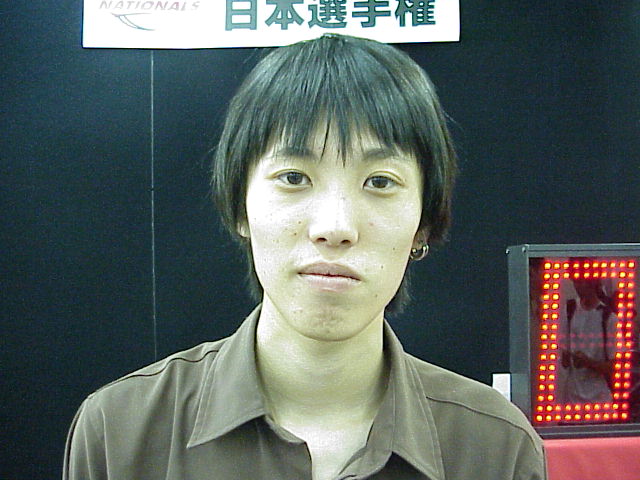 Having played Fires decks throughout the Standard portion of the tournament, Mori know the routine: kill the mana creatures, and make sure a Fires doesn't hit the table. He followed this rule, eliminating Matsuo's first turn Llanowar Elf with an Assault and Duressing away a Fires. However, the Duress revealed a Rith waiting in Matsuo's hand, forcing Mori to hold onto a Terminate. Seeing Mori's reaction to the Rith and betting that he would hold onto any removal he had waiting for the dragon, Matsuo played a Yavimaya Barbarian and began swinging. Mori tried to stabilize by playing a Plague Spitter, only to have it taken out by a Flametongue Kavu. Unable to draw anything but land, Mori soon dropped under repeated hits from the Barbarian and Kavu. 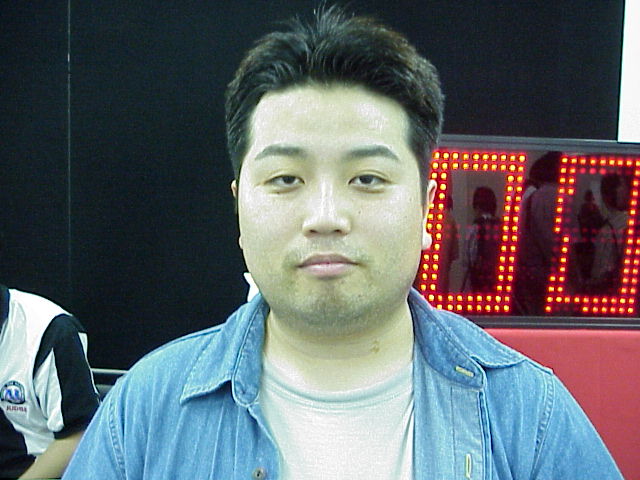 Matsuo was forced to mulligan at the start of the second game, only to pull a land-only hand. Deciding to keep his hand, he drew and played two Elves on successive turns only to have one Terminated by Mori, who followed with a Pyre Zombie. When Matsuo played Flametongue Kavu, killing the Zombie, Mori was faced with a choice on his next turn: use Assault to kill the Kavu, or the remaining Elf. After thinking for a while, Mori chose to remove the Elf, presumably in the hopes of preventing Matsuo from getting enough mana to play a Burst or a Dragon.

When Matsuo swung with the Kavu, Mori bought a turn with Tangle, but was unable to take advantage of it after stalling at 4 lands. Things started to look bad when the Kavu was joined by a Blastoderm. Mori could only shake his head while staring at the growing army of monsters on his opponent's side of the table. Mori's mana troubles only got worse when Matsuo followed the Blastoderm with a Port. Mori had one chance to recover: if he could draw a land before Matsuo's Port went online, he could play the Void in his hand and wipe out both the Kavu and 'derm, but it was not to be. Mori conceded with a handshake and a half-smile, half-frown on his face.