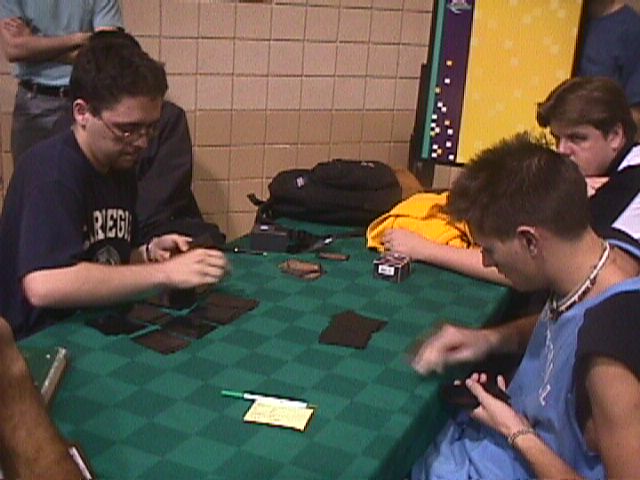 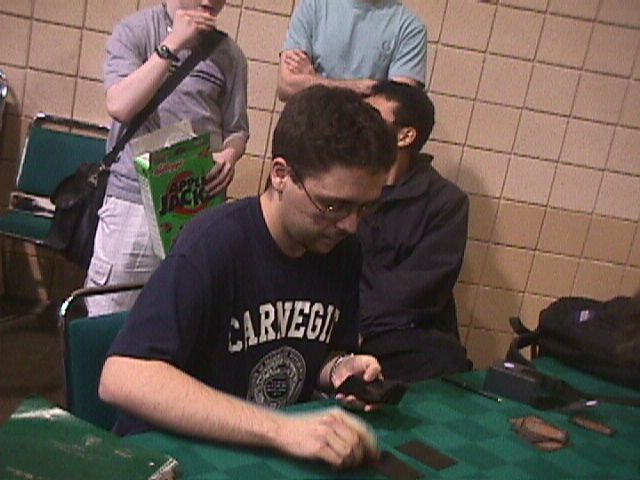 Andrew JohnsonJohnson won the roll and opted to go first. He started out with a turn two Mad Dog. His third turn he missed a land dropped, but Reckless Charged his Mad Dog to get in some quick damage. Linde dropped a Barbarian Lunatic and traded with the Dog. When he tried the trick again though with a second Lunatic and Johnson's Krosan Avenger, Johnson Sylvan Mighted and kept his Avenger around. Linde tried to stop the beats with a Rabid Elephant. Johnson offered up a trade with his Reckless Charged Chatter token, but Linde refused. Linde played more creatures and stalled up the ground, but Johson summoned a forestwalking Leaf Dancer. Johnson played the Might again on his Dancer knocking Linde to three and showed Linde he was holding a Scorching Missile which caused Linde to concede. 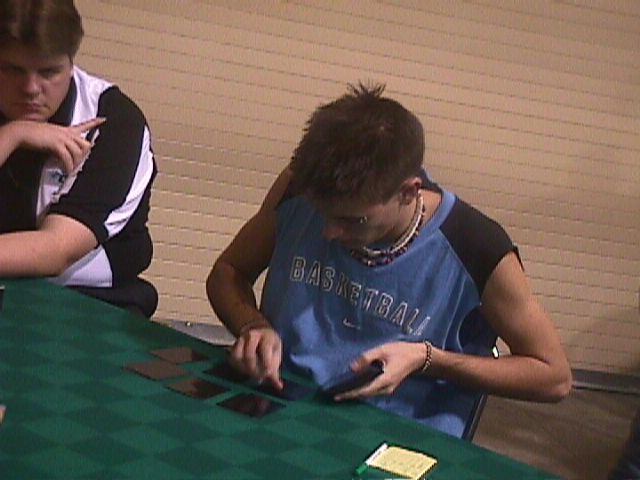 Matt LindeJohnson went second, but he still had the first play with a turn two Werebear. Linde played a Lunatic and a Chainflinger while Johnson got out an Ember Beast. Linde tried calling Johnson's bluff by blocking the Werebear with his Chainflinger, but it was no bluff and Johnson played Sylvan Might. Linde sacked his Lunatic to kill the Werebear and keep the Ember Beast from attacking, but this only succeeded temporarily because Johnson play Chatter of the Squirrels twice and got two 1/1s. Linde played a Bomb Squad hoping to deal with the Ember Beast in a turn or two, but he didn't realize there was a loophole to put an extra fuse counter on creatures during the upkeep. The Beast survived to do the extra damage Johnson needed to set up a game winning Demoralize.