Finding his way to the Pro Tour Dragon's Maze finals, it might not take long for the "other" Ochoa to make a name for himself in his own right.

Whether by inches or by miles, the little differences between the Esper lists manned by former World Champion Makihito Mihara and relative newcomer Dusty Ochoa (no relation to David Ochoa) played a big role in Ochoa's 3-2 semifinal victory. 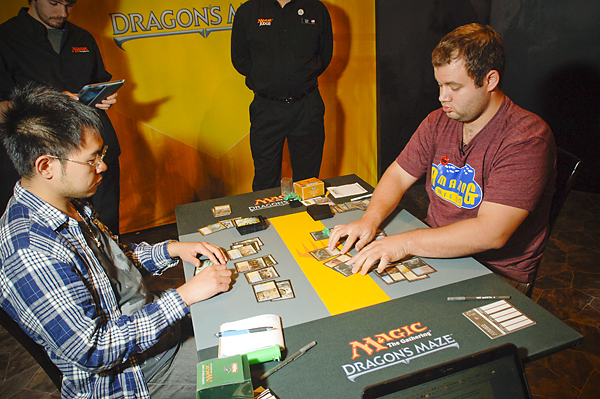 More counterspells, more land, and more Obzedat, Ghost Councils were big reasons Ochoa was able to take down a player with nearly 300 lifetime Pro Points on the biggest of stages.

"I do have an extra land and upwards of five more counterspells post-board. As long as I don't miss my land drops, I can sit back and counter everything that matters," he said.

"Captain is good if it's on turn two," Ochoa said, saying he kept in two copies of Far // Away he would have sided out against other control decks. "Otherwise it's pretty awful."

The removal also gave him a way to fight the Nightveil Specters in Mihara's sideboard. Though they never made an appearance, Ochoa was ready to fight over them if need be. 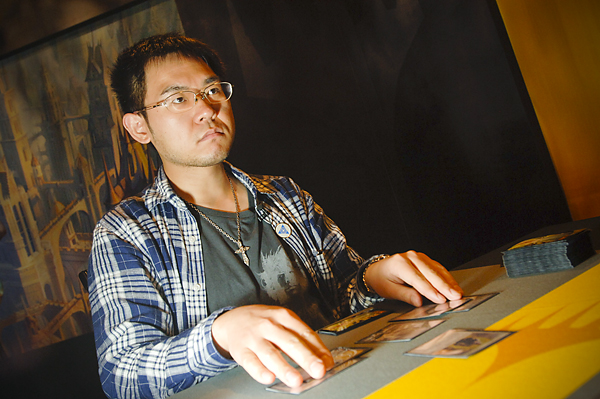 Mihara's Esper deck had enough early creatures that justified his opponent keeping in some removal after sideboarding.

And they certainly did fight. Every game of the match was competitive, with the possible exception of the final game, where Mihara was land-light and unable to fight over much of anything. That let Ochoa resolve Jace, Architect of Thought and Sphinx's Revelation to jump way ahead on cards and leave no doubt as to the outcome.

But the first four games were wildly competitive. In the first, Ochoa used three copies of Syncopate to counter a variety of Mihara's haymakers. Eventually, Mihara landed an Ætherling—usually a good sign in the Esper mirror—but Ochoa's life total was high enough that he was able to absorb a few hits while resolving his own Ætherling plus an Obzedat, Ghost Council.

Mihara also got aggressive again in the penultimate game, but did so with a relatively early Obzedat, Ghost Council. A few hits from that plus a Sin Collector stripping Ochoa of his action made it look like Mihara was on his way to another Pro Tour finals.

But that's when Ochoa's counterspell advantaged started showing. In both the fourth and fifth game, Ochoa was able to battle with his back against the wall by countering just about everything in sight while gaining significant advantages from both Jace and Sphinx's Revelation. Eventually, Ætherlings showed up to do what they do. 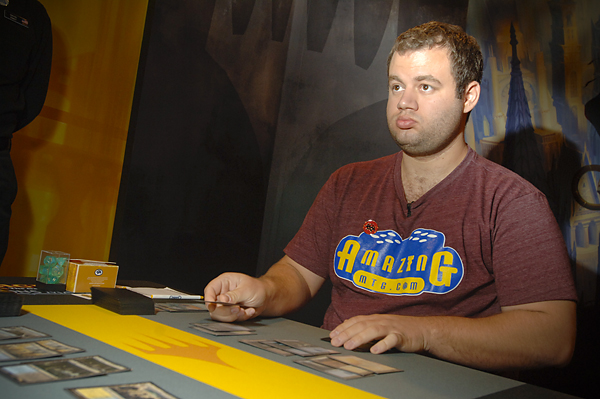 Ochoa's extra lands and countermagic gave him the resources needed to fight over the key cards in the Esper versus Esper matchup.

Ochoa, a store owner from Tucson Arizona, came into the weekend with very little pro experience and even less Block Constructed play. At one point in the Quarterfinals he even had to read his own Jace, Architect of Thought because he had never activated the ultimate ability before. He said he hadn't played the deck much outside of this tournament.

The loss ended something of a comeback for Mihara, though he never really went away. This is Mihara's third Pro Tour Top 8, but he hasn't had one since Pro Tour Hollywood in 2008, where he finished seventh. He does, however, have one Grand Prix Top 8 every year since finishing second at Grand Prix Sendai in 2010.

This Top 8 is particularly sweet for Mihara, who needed at least an eighth place finish to earn Platinum for next season. And with his finish this weekend, he also creeps past 280 lifetime Pro Points, quietly closing in on 300, a threshold many consider the equivalent of 3,000 hits in baseball—enough to warrant serious consideration for the Hall of Fame.

Match notes: Mihara drew Debtor's Pulpit to handle Ætherling in every single game in which he didn't face an Ætherling. It was nowhere to be seen when he did. Ochoa's 28 lands were more than any other deck in the Top 8. Post-board, Ochoa had access to a whopping twelve counterspells, while Mihara had just six.