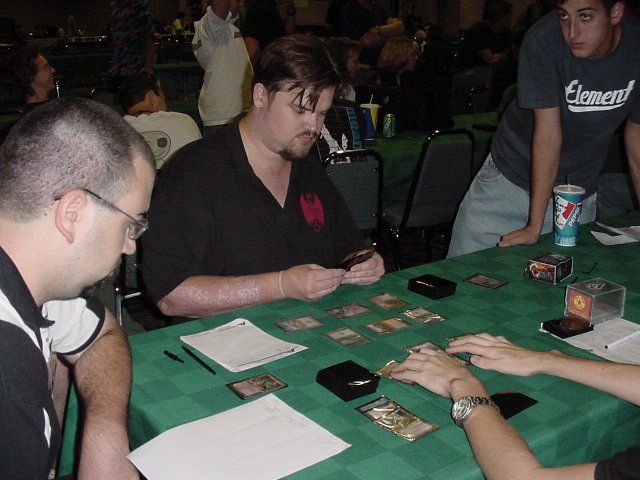 Darwin Kastle and Brett Shears got started on their semi-final match while the last quarter-final match was just starting its third game.

Kastle played a black-blue-red control deck with some interesting cards that he included four copies of. Kastle had four Lobotomies and Recoils, two cards that are often not even in other players' black-blue-red decks. He also played four Voids, a card that most players are afraid to play four of due to its high casting cost. Interestingly, Kastle only played two Urza's Rages which is usually a card the deck does not leave home without.

Shears was playing his updated version of bkowal.dec. His version contained three Plague Spitters and two Spite/Malices. He also cut the Prohibits from the deck.

The matchup seemed highly in Kastle's favor. His deck was clearly tuned for a control on control game with four main deck Lobotomy. He was also able to be completely reactive since his kill was entirely burn. Shears on the other hand would have to pursue an aggro-control strategy in order to win. His kill was entirely creature based. His one advantage was that Kastle could only deal with Spiritmonger with his four Recoils and two Tsabo's Decrees if one ever hit the board. 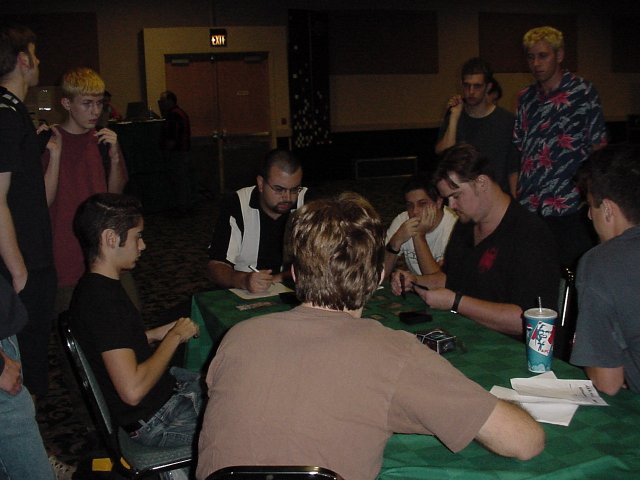 Game one started, continued, and ended badly for Shears. First Shears mulliganed. Then, Kastle Excluded his first two creatures. Kastle then followed this up with a Lobotomy on Shear's Mystic Snakes. This allowed Shears to play a Spitter which got Recoiled and Undermined. Kastle killed the next Zombie that Shears played and then Voided away two Spiritmongers, one in play and one in Shear's hand. Many turns passed with both players laying land and saying go. Finally Shears broke the silence by trying to play his third Spiritmonger, but Kastle won the counterwar and Raged Shears out two turns later.

Game two saw Shears hit every break. He Addled turn two, and seeing that Kastle was land shy took his Fire/Ice over a Gainsay. Kastle tried to cycle the Fire/Ice he drew on the next turn, but Shears would not have it, and Gainsayed it. This left Kastle on four lands and Shears was able to get himself a solid mana advantage. He played a Zombie which got Raged. Then he played a Monger which got Recoiled. Kastle tried to take the opportunity while the Monger was in Shears' hand to Void it away, but it got Undermined. Shears played the Monger which swang for six the next turn to finish off Kastle. 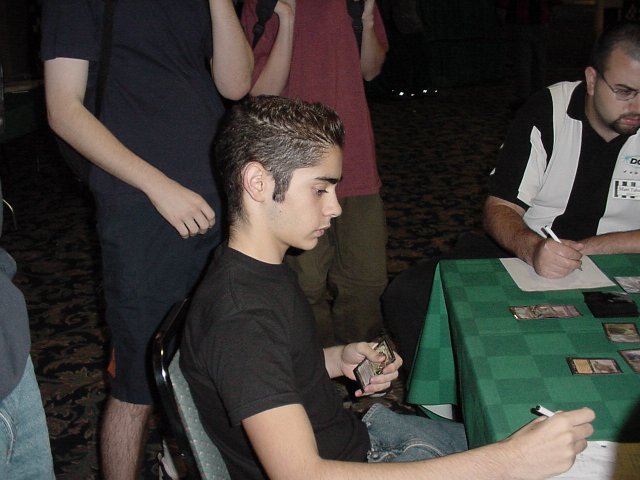 Game three started with another mulligan from Shears. His turn two Addle on black found Kastle with a land heavy draw. Kastle's only two non-land cards were Undermine and Agenda (he had kept an opening draw of 6 land and an Agenda). Shears took the Undermine and played a third turn Plague Spitter that he was easily able to protect the entire distance. Kastle played one card the entire game: A Recoil that got Undermined.