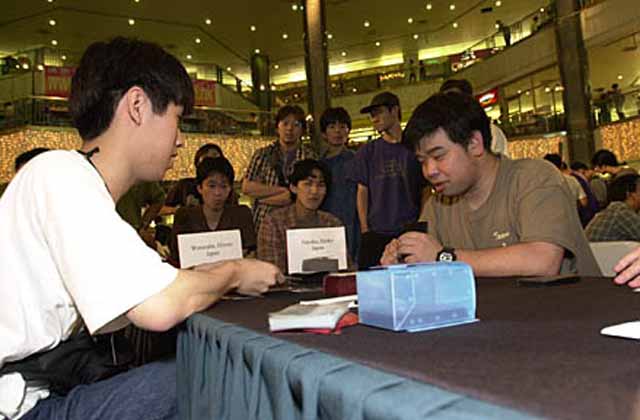 Ittoku Tanaka and Hiroto Watanabe were all smiles as they sat down at the table, playing a friendly game of rock-paper-scissors to determine who would go first. But behind the easy-going atmosphere of the match, both players knew they would have to win to get their shot at APAC Champion.

Tanaka had something else on the line as well: he had already proven that his Mercenary deck was more than just a fluke by going undefeated in the Standard portion of the event. Was the deck good enough to demolish the established metagame by winning a Continental Championship? Would Root Cage become a sideboard staple?

Both competitors played out their hands quickly in the first game. Tanaka started with Ritual, Duress, Cateran Persuader, while Watanabe played Birds of Paradise, Rofellos, and a third turn Masticore. Tanaka unfortunately had no Vendettas or Snuff Outs, so the Masticore completely destroyed his horde of creatures. Watanabe played Deranged Hermit and then attacked for the win. 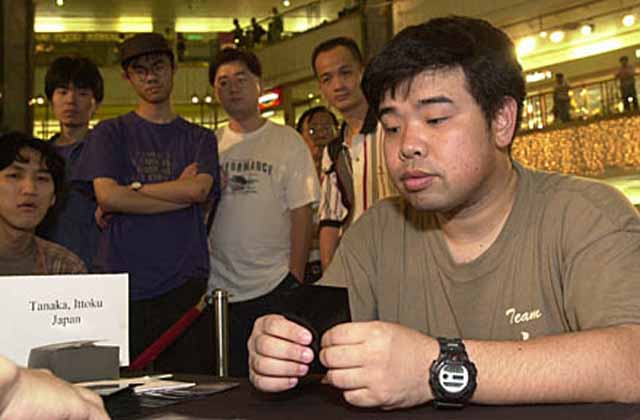 Tanaka wasn't fazed, however, and proceeded to sideboard for the next game. Taking out Negators, Reavers, and a Stromgald Cabal, he substituted in Eradicate, Engineered Plague, Contamination, and two Perishes.

Watanabe mulliganed, and his six-card hand contained just one land. He wasn't willing to mulligan again, and this proved to be his undoing. Tanaka played Cateran Persuader on the second turn and used it to pull two Rampart Crawlers and a Molting Harpy from his deck. He also cast Agent of Shauku and Contamination to lock up the game. Watanabe, stuck at one land, quickly conceded.

Watanabe got the mana he needed in the third game and his Trinity Green deck was unstoppable. With the help of Birds of Paradise, Priest of Titania, Gaea's Cradle, and Skyshroud Poacher, he had two Deranged Hermits in play by turn four. He then tapped the Cradle for 13 mana to upkeep both Hermits and search for a third. It didn't really matter what Tanaka had at that point; there's just no arguing with twelve 4/4 squirrel tokens. 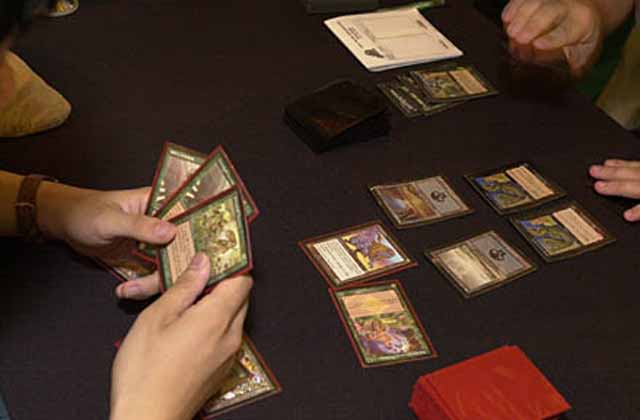 Watanabe was off to another explosive start in the fourth game, but Tanaka cut it off with an Engineered Plague that killed Priest of Titania and Llanowar Elves. Watanabe's Cradle now produced no mana, so he was stuck with a single Forest. Cateran Persuader, Rathi Intimidator, and Molting Harpy took him down before he could ever recover.

Both players finally had the mana they needed in the final game, and Tanaka used removal spells to keep Watanabe under control. He Duressed out Watanabe's Processor, killed Rofellos with Vendetta, and used Snuff Out on a Treetop Village. But Tanaka didn't have enough creatures to follow up, and Watanabe's Deranged Hermit began to turn the tide. 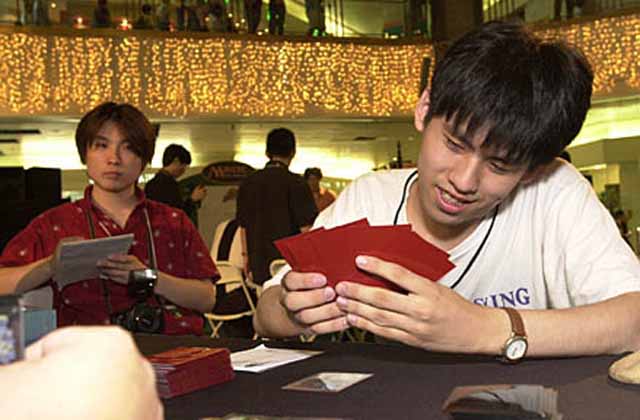 Tanaka needed to take out the Hermit so that his Rampart Crawlers could trade with the squirrel tokens. He had an Eradicate and a Vendetta in his hand, and he debated over which to play. The first-turn Duress had revealed a Masticore in Watanabe's hand, and he wasn't took excited about losing four life. So he used the Vendetta on the Hermit, saving the Eradicate for later. This turned out to be a fatal mistake as Watanabe had another Hermit in hand. On the next turn, Watanabe had six 2/2 squirrels, and Tanaka didn't have an answer to both the Hermit and the Masticore. Tanaka sighed and conceded the match to Watanabe, 3-2.