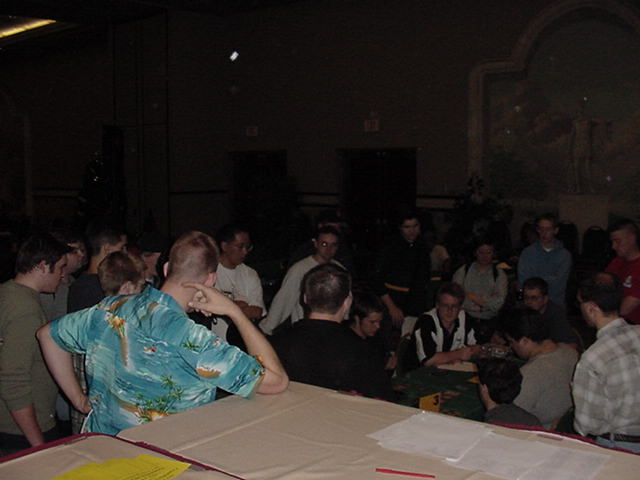 Having dispatched one Three-Deuce deck in the quarters, John Balla faces another in the semifinals against Adam Lane. He won the die roll and chose to draw first, a very rare decision this weekend. Lane opened game one with a Granger Guildmage, then followed it up with a Skyshroud Elite and a Wasteland on turn two. Balla responded with a Wasteland of his own, then matched Lane's new Taiga as well. Lane then played another land and a River Boa as Balla was amazed at Lane's ability to somehow draw four of his lands. The game ended quickly when he showed Land Grant to get the fifth land and Balla scooped up his cards. He chose once again to draw first in game two as he had neither the mana to get back into the game nor threshold for his creatures.

Lane started game two with a Phyrexian Furnace, of which he had brought in two copies out of four from the sideboard to help replace his useless four copies of Seal of Cleansing. On turn two he brought out Cursed Scroll and Granger Guildmage, and Balla responded by using Seal to kill the Furnace while it could not be sacrificed for a card. The Guildmage got Rancored up and went in for three while Balla Wastelanded another land. Lane however simply played another land and followed it up with a Land Grant as Balla could only mutter "This guy!" Balla then looked at his hand, realized he had a Swords in his hand the entire time and observed that he was (a word inappropriate to the Sideboard) before using the Swords on the Guildmage anyway, untapping and casting Wild Mongrel. A second Seal of Cleansing came out and removed the Cursed Scroll, which missed on its parting shot. 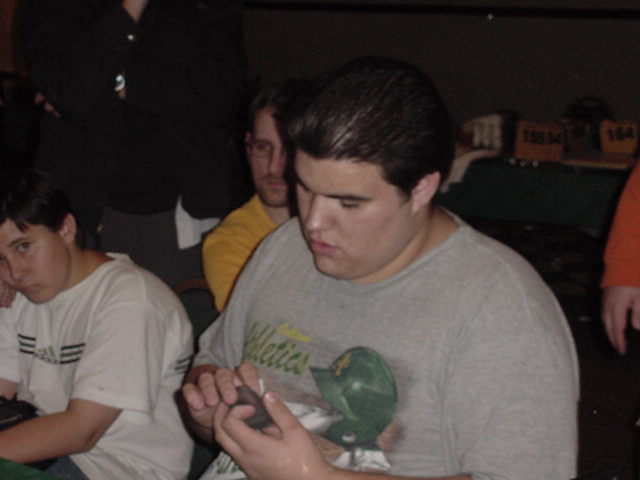 Yet another Wasteland from Balla took out a land, this time a Treetop Village, and he played out a Werebear that was one card short of going large. A turn later, an Incinerate solved both that problem and a River Boa, although he was still annoyed by his failure to Swords the Granger in a timely fashion. It didn't look like it was going to make a difference against multiple large Werebears, and unable to deal with them Lane conceded game two. He chose to stick with conventional wisdom and play first in game three, opening it with a Granger Guildmage.

A Wild Mongrel came out for Balla as Lane played down two Treetop Villages, and the Guildmage was sent in to do battle with Wild Mongrel, which was then pumped up by two Seal of Cleansing in response to a Wax/Wane on Granger Guildmage, which got it Plowed. It was unclear why he chose to discard both cards before damage was on the stack, letting Swords to Plowshares save the Guildmage despite the discarding of two cards. A Cursed Scroll came out for Lane, and Balla hardcast a Land Grant to hide his hand, getting a Savannah. The Furnace was sacrificed to draw a card, the Guildmage started in and a Call of the Herd was cast for Lane. 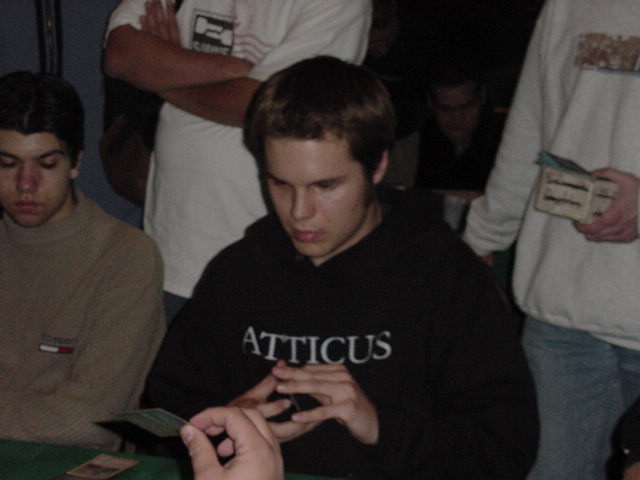 The Call token was killed off by Incinerate, but it was quickly replaced by a River Boa as Lane lacked the fourth land to pay for Flashback on the Call. An attack by the team got a Treetop Village Sworded and the second one Wastelanded, leaving the Boa and Guildmage which kept on attacking, with a Treetop Village removed by Swords to Plowshares. A Land Grant by Lane showed he had two more Swords in his hand. Balla finally drew one of his Call of the Herds and cast it, although the Boa still got through for two. The Call was then Flashbacked after the old one attacked, but the new copy was removed with one of the Swords. A Werebear then came out as a 4/4, and Balla was hit for two by the Cursed Scroll. All Lane could cast on his next turn was a Mogg Fanatic, but he could still Swords to Plowshares a rather large Mystic Enforcer when it was cast on Balla's.