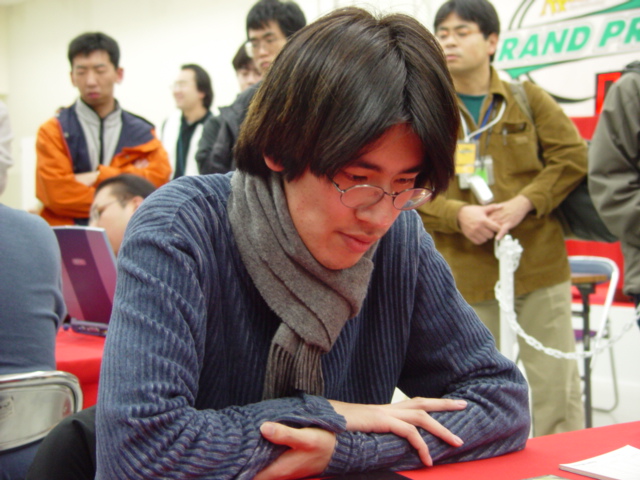 Tradition is on amateur Jun Ishihara's side this round. Both of the last two Japanese Grand Prix have been won by amateurs, and Ishihara is gunning to make it three. He squares off against one of Japan's top limited players, Masahiko Morita. Morita is thirsty for a title after losing in the finals of Grand Prix - Shizuoka.

Morita won the right to play first, and powered out Krosan Archer with Werebear. He was unwilling to block Ishihara's Mad Dog, fearing his plentiful removal. He Butchered away Ishihara's next play of Cabal Torturer before it could mess with his plans.

Ishihara added a second Mad Dog to the mix. Morita put Shade's Form on his Butcher and held back. Both Dogs charged in, and Morita blocked them both. Flame Burst finished off the Butcher, but it just came back, trapping the Torturer again. Ghastly Demise took down the Werebear.

Morita pounded for four. Barbarian Lunatic convinced him to hold back, and Ishihara strengthened his defenses with Hell-Bent Raider. Morita brutalized him with Shower of Coals, enabling four more damage. Ishihara cracked an Egg for Patriarch's Desire on the Butcher, but the damage had been done. Morbid Hunger finished him off.

Ishihara was all beatdown in game two, busting out Barbarian Outcast and Barbarian Lunatic before Morita was on the board. Morita had nothing to add on his third turn, but pitched Morgue Theft and Soul Scourge to Last Rites, stripping Cabal Torturer and Acceptable Losses.

Ishihara hit for four again, and Morita was powerless to stop him. When he had no answer for Ishihara's Halberdier, the game was over. 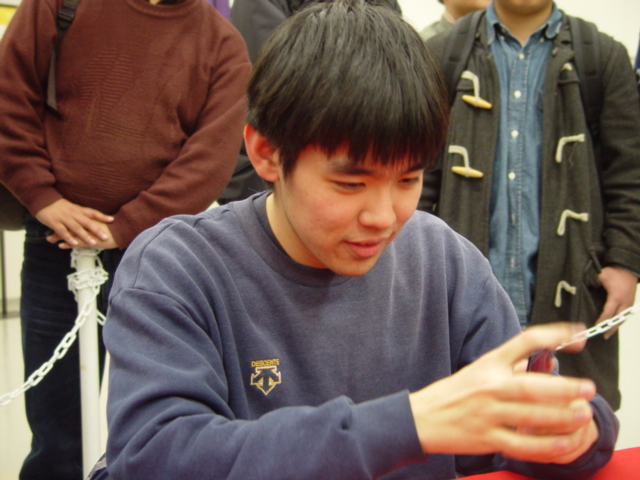 Ishihara's start was less brutal in game three. Morita had time to use Far Wanderings to accelerate to Rabid Elephant while facing only a Cabal Torturer. Halberdier showed up to help out, just in time to stop a Springing Tiger from wreaking havoc.

Crippling Fatigue teamed up with the Torturer to fell the Tiger. Morita just brought it back with Morgue Theft, putting it right into play. Chainflinger added to Morita's woes, but his Elephant was still getting through. He made the "combo" of Squirrel Nest and Krosan Restorer, keeping Ishihara's goons busy.

Ishihara had had enough Rabid Elephant. He used Fiery Temper and his Torturer to take it down. Morita reused his Theft on it. Whispering Shade joined Ishihara's team. It looked like he had the advantage, but he needed his mana to work in too many ways at once. Morita tried to put Shade's Form on his Springing Tiger, but Ishihara averted that catasrophe with a sac land and Ghastly Demise.

The Elephant continued to hit. Patriarch's Desire took down the Restorer, as the Squirrel Population was getting out of hand. Morita added more pressure with Nantuko Calmer. Ishihara tried to get in the race with Childhood Horror, but Morita had Morbid Hunger to take out the Shade.

That seemed to dishearten Ishihara, who chumped the Rabid Elephant with his Horror. He managed to stop an all-out attack and take down the elephant, but it left him at five and cost him his Torturer. Morita swung again, then showed him the ninth land for his Morbid Hunger, taking the match.