Entertaining the crowd with his stuffed cow toy prior to the onset of the match, Olivier Ruel won the die roll and chose to allow his opponent the opportunity to play first. After Kohei had decided to keep his hand, Olivier slowly and methodically began picking up each of his seven cards, showing the crowd a hand of two lands and exclaiming, "No way!" After deciding his six-card hand was well enough to play, the game commenced.

Playing a Squirrel via Chatter of the Squirrel on turn one, Kohei was hoping to get some early damage in before Olivier could put out a defense. But the Frenchman played a Diligent Farmhand, setting up a battle between the Squirrel and the Farmer. A second Squirrel was added to Kohei's team through the wonders of flashback, as well as a Twigwalker and 4/4 Ivy Elemental, while Olivier summoned Krosan Archer and Zombie Assassin.

This set up a battle on turn seven, but not before Ruel asked a spectator to get him a drink, preferably something with lemon in it. Yamadaya attacked with his Ivy Elemental, prompting a gang-block from Olivier's Assassin and Archer. After blocking, Kohel attempted to give his Elemental protection from a color via Shelter, but the Elemental found himself having Second Thoughts and decided to leave the game. The Twigwalker of Kohei's also decided to die because Ruel's Assassin decided to hate in the worst way. Still, neither player had a real advantage. 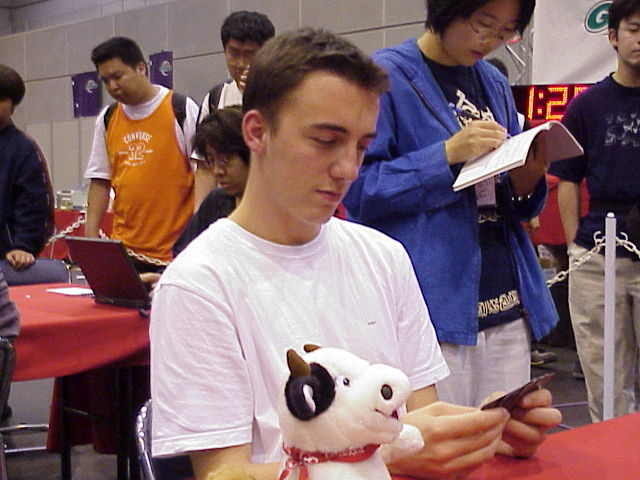 Attempting to break the deadlock, Kohei tried to play Aboshan, Cephelid Emperor. Deciding that this was more than a good card against his army, Ruel cast a Syncopate to counter the annoyance. And the standstill continued until Kohei found his Iridescent Angel.

This would prove the game winner, as the Angel went on a bash. 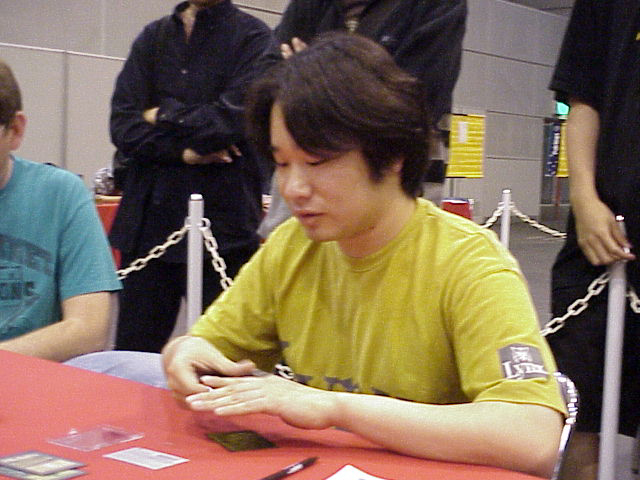 The second game would go much the way of the first, with both players exchanging creatures, though no player dominated. Then, with sizable armies on both sides, the deadlock was forced after Aboshan, Cephelid Emperor made his first appearance. With Aboshan in play, Olivier looked over to the judge and asked, "Would you call me a taxi? I'd like to leave." At the end of Ruel's next turn, Kohei was able to tap all of the Frenchman's creatures and serve for game, set, and match.