Posted in Event Coverage on November 9, 2003 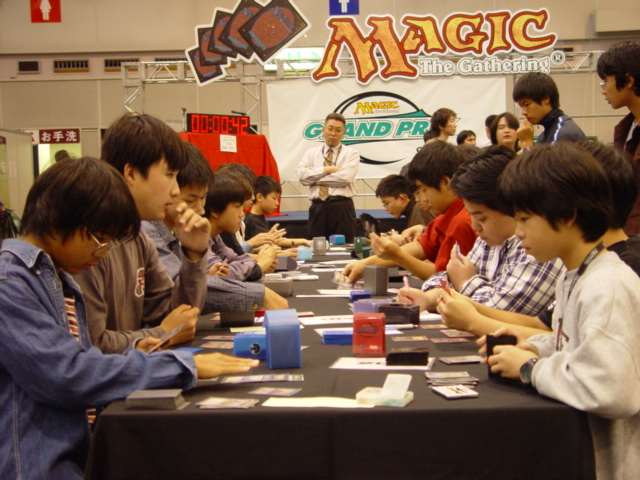 A good portion of the field was some flavor of control, with lots of Slide decks, Affinity decks, and more traditional UW control builds. This trend was reflected in the Top 8, with 6 of the 8 players running some kind of control deck. (The other two were more straightforward—mono-color Zombies and Goblins.)

In the end, it was the Goblin deck that swam to the top of this sea of control, piloted by Tsubasa Imai. Typically, Goblin decks are foiled by one or two cards—typically Circle of Protection: Red. But Imai was prepared for that possibility with the powerful Mirrodin rare, Goblin Charbelcher, which—being an artifact—gets around annoyances such as the CoP or Silver Knight.

As the number of Junior events has increased, the players are clearly gaining more experience. In this writer's opinion, the Top 8, and the players at today's tournament in general, could easily hold their own on Day 2 of a Grand Prix. Considering some of the players in the Top 8 were only 10 years old, they could conceivably one day be better than the "big boys" playing next to them. It's only a matter of time before the baton gets handed off to the next generation. Don't underestimate that junior high school kid playing today—he could be beating you at the next Pro Tour.

1 Call to the Grave

Posted in Event Coverage on November 9, 2003