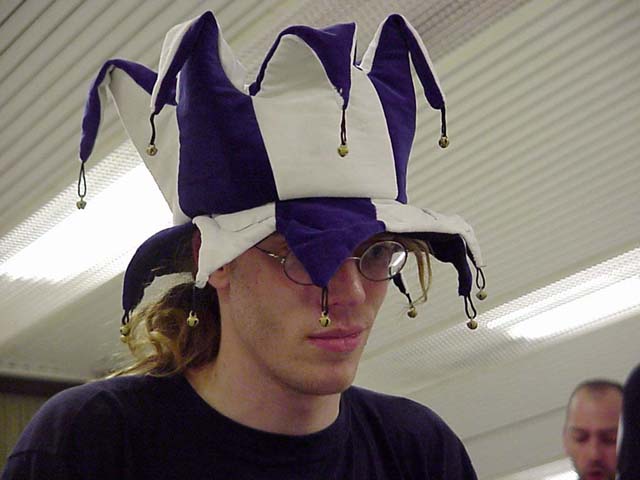 Joost Winter got locked in his room - no fooling

Joost Winter and Alexander Witt both finished day one with respectable records of 8-0 and 7-1. They returned to the apartment they rented for the weekend to get a good night's rest, as the second day began at eight the next morning.

During the night, their friend Ruud broke his key in the lock, but had the door opened for him from the inside. The next morning they arose a little behind schedule, to a rather unfortunate scenario. The door would no longer open. Within about five seconds, panic set in - and they began pounding and yelling. All in vain because the rest of the floor was totally vacant. The door could not be broken as it opened inward. So it was to the window, to try and get some help from the locals. Let me tell you, not everyone in the Czech Republic speaks English. And the ones that do, find three Dutchmen yelling and waving their arms from a third story apartment because they cannot open their door, slightly humorous. After a while, they saw the humor in it too.

So after three cop cars, one locksmith, and two and a half hours - they show up at the site with a story that has to be every Magic player's worst nightmare: they both started the day off 0-3 from missing their first draft.