Sideboard Predictions for the Top 8 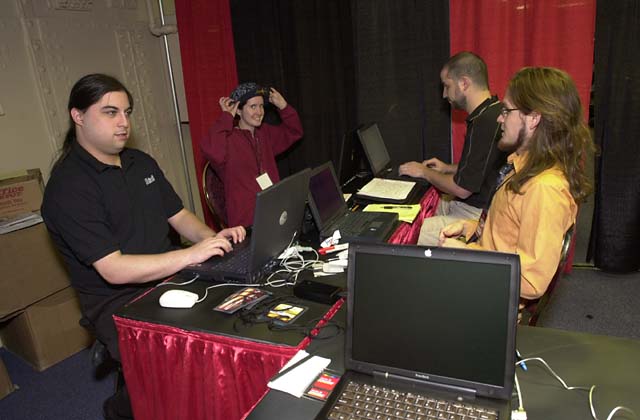 After the final draft, the Sideboard reporters debated the results of the draft (Note: these picks were based on the draft, not the actual decklists). For the most part, there was a lot of agreement among everyone about matchups, but there were a few hot points of contention.

Everyone was unanimous in picking Michael Pustilnik over newcomer Laurence Creech (except Omeed. Go Creech!). Both players had drafted Blue/White (with Creech splashing Green for Sabertooth Nishoba and a few other cards), but the Sideboard Staff all agreed that Pustilnik would have the edge. Throughout the draft, many of his picks, such as taking Exclude over Repulse, seemed to be more geared towards winning the control mirror-match.

There was light disagreement over Erno Ekebom and Benedikt Klauser. Josh and I felt that Erno had a chance to win on the strength of his strong control cards (multiple Probe and Recoil with Yawgmoth's Agenda and Wash Out), but everyone else felt that Klauser's strong counterdrafting of virtual untargetable creatures (Glimmering Angel and Protection from Black) would negate the control cards.

When deciding the Cornelissen/Rose match, only Randy Buehler and Omeed Dariani felt that Kyle Rose had a chance in the match. Kyle Rose's Red/Black beatdown deck was felt that it would be at a distinct disadvantage against Cornelissen's Red/Green deck splashing white for Rith, Armadillo Cloak, and Crimson Acolyte.

In the end, nearly everyone felt that Michael Pustilnik would win over Jon Finkel in the finals, with a few people picking Pustilnik over Cornelissen. Only Randy Buehler picked Jon Finkel to win the event.