On the Sidelines at the Player of the Year

When Guillaume Matignon won the World Championships in Chiba, it set up for a very special Player of the Year showdown here in Paris. 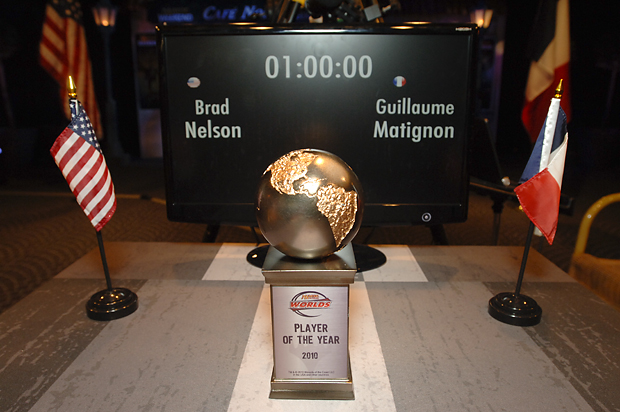 For all the marbles.

Each player had their own team to cheer them on. With Matignon it was very much a family occasion. His mother Sylvie was there, along with his sisters Martine and Pauline, his cousin Cecile, and her husband Felipe. Watching intently as the games unfolded, they saw him playing Magic competitively for the first time, and revelled in his success as he swooped in for a quick victory in Game 1. 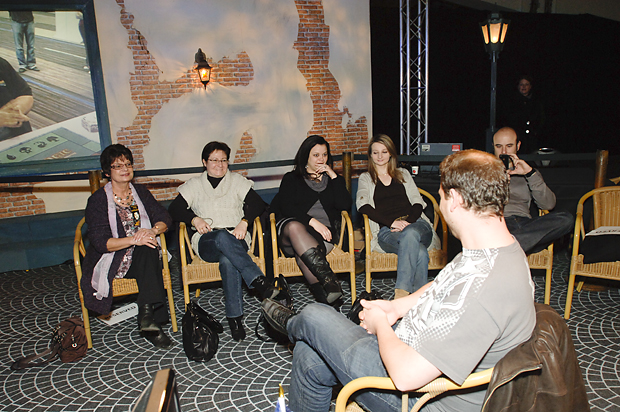 Team Brad started with family, and blurred into friends from the tour. Front and center was father Jess Nelson, with his girlfriend Diana. Proud as any father could be, he was quick to state that helping his kids set up their Magic Online accounts was some of the best money he’d ever spent. Brad, and brother Corey Baumeister, who was also in the crowd, had each gone from playing at the kitchen table to travelling the world to play, and now he found himself in Paris watching as his son was just a few games away from becoming Player of the Year. 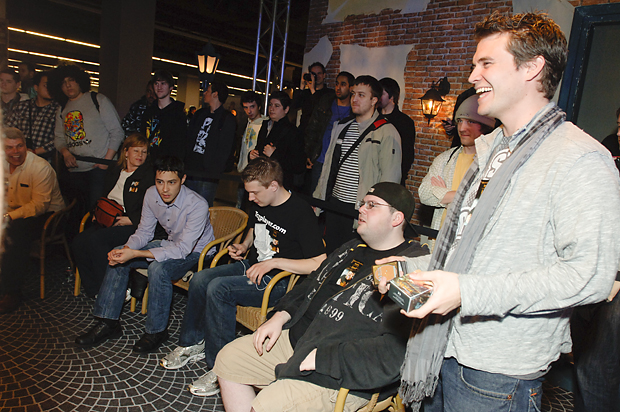 Rounding out Brad’s cheering section were Eric Froehlich, Brian Kibler, and Paul Rietzl, who was looking relaxed before a day of testing for his Top 8 appearance on Sunday. This relaxation didn’t last long, though, as Brad leveraged a combination of mana denial (by blowing up artifacts) and planeswalkers to tie the match at 1-1.

Talking with E-Fro during the twelve-pack Super Sealed, he made it clear how much Brad had tested for this showdown. “We’ve done quite a few twelve-pack Sealed decks to prepare, and while there is a lot of room for sideboarding, it is hard to have completely distinct decks.” Guillaume was able to show that it is possible though, as after losing to Carnifex Demon and a large amount of poison/proliferate in Game 3 of the best-of-seven match, he turned his infect deck into a blue-red deck. Nelson too made some updates, switching out green for white in order to gain access to a more controlling plan involving multiple copies of Arrest. 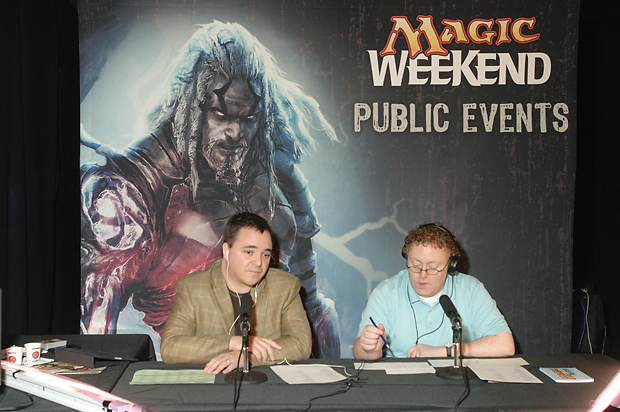 Richard Hagon and Brian David-Marshall provide some rowdy commentary to a rollicking match.

Guillaume, facing down a brutal Super Sealed deck from Brad, did manage to snatch one game, putting the match back to Standard, where the Frenchman would need to win two games on the bounce to win the title of Player of the Year while on home turf. Again Brad’s mana denial plan dominated the early game, before planeswalkers started to drop for Brad, and a pair of swords finished things. As the final attacks went through, the first handshake that Nelson received after that of Matignon came from his father, and a bundled bear hug came from Corey, who had been on the edge of his seat for the entire final game. 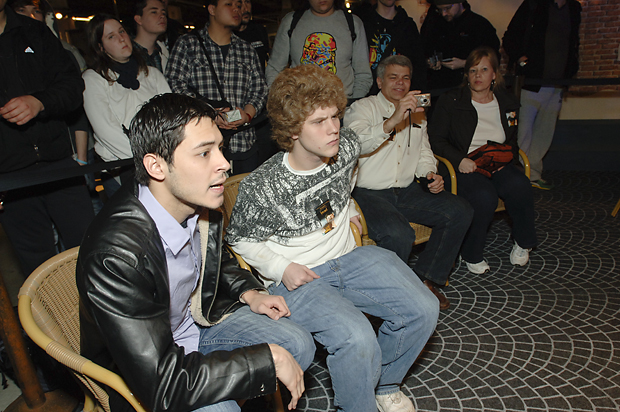 Corey Baumeister paid for the whole seat, but he only needed the edge. (Also, the seat was free.)

A weight taken off his shoulders, Brad lifted the Player of the Year trophy with newfound vigor. His team resisted lifting him on their shoulders, but it was clear that they were at least as excited as he. As Brad walked away from the feature match area, Corey put his arm around his big brother’s shoulders. 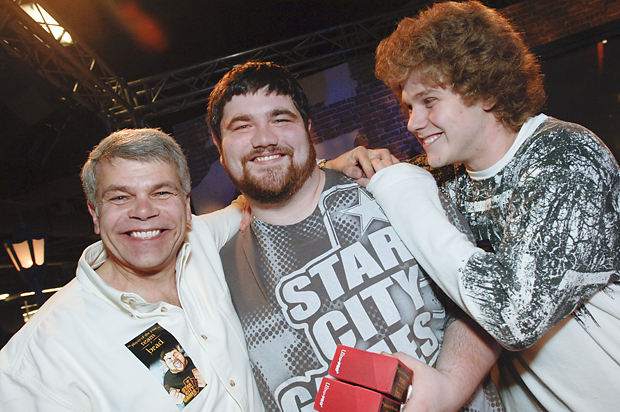 “New Player of the Year, coming through!”

If this were a movie, Brad would be walking into the sunset. As it was, he walked to the Grand Prix, ready to game. 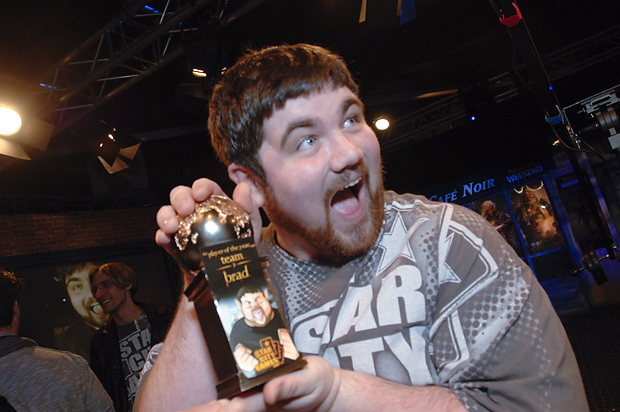