ith hundreds of Magic's most powerful creatures, spells, and lands all encompassing the Cube Draft format, it's no wonder that the Cube leaves players bedazzled and oftentimes going into unknown territories. Cube Draft is like an intricate puzzle. A puzzle with many moving parts, lots of flashy pieces, and a couple of different ways to approach solving it.

And with sixteen of Magic Online's best players all gathered under one room, it seems like the perfect opportunity to ask these players what their approach is for the Cube Draft format, along with what ended up happening in their Cube Drafts today. Is it correct to stay as close to a single color as possible, for possible double and triple-mana reward picks and for its consistency? Or is it better to dedicate yourself to expensive spells, or multiple colors that let you take advantage of all the mana fixing available?

"I haven't drafted that much," Alkio admitted when asked how much he prepared for the Cube Draft format, noting that he only got about twenty Cube Drafts under his belt before this event. "Fabian [a user from Magic Online] said on some forums I read that Mono-Red was the best deck and that he never lost wit it, so I started drafting Mono-Red exclusively online. I think my win percentage is around 85-90% in the 10-15 drafts I did." 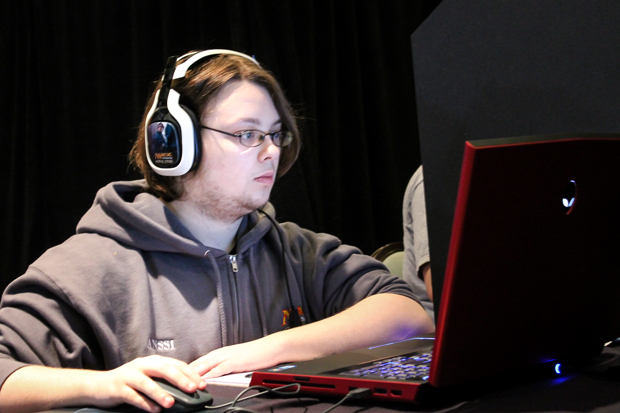 Anssi Alkio's take on the Cube Draft format was that red far exceeded anything else you could be doing when it comes to winning matches.

Sometimes, the direct approach is the best one. In a format fueled by expensive spells and some truly brutal plays, it was Alkio's opinion that red was king, and that whatever your opponent is doing matters a lot less when you can just kill them before their expensive spells can be cast.

"If Mono-Red was not open [today], then my second approach would be to draft an aggressive white deck, but I think the red decks are slightly better," Alkio said, when asked what his Plan B was in case red was not an option in the draft. "Mono-Red decks are just so fast and they have so much reach that it doesn't matter if my opponent is playing some powerful expensive cards."

Not even Jace, the Mind Sculptor, arguably the most powerful card in the Cube, was enough to deter Alkio's opinion. "Jace is obviously a great card, but it is much worse if you have to use the minus one loyalty effect right away," he said. He also noted that it is a lot worse if you just don't have time to use it, and when it comes to playing Mono-Red, time is often in short supply for anyone playing against a red deck.

Another player who advocates Mono-Red as a strategy is two-time Grand Prix champion Seth Manfield. However, in his pod, he was unable to build that deck, with David Kaufmann instead moving into the archetype. "Mono-Red is my number one preference, but I wasn't really seeing that deck from my seat," he said. With his preference not available, what was Manfield's option? "I just wanted to stay open, taking fetch lands and stuff that would let me be flexible to taking good playable cards for any color combination I go into. I'm fine with going into a three-color deck with a lot of mana fixing." 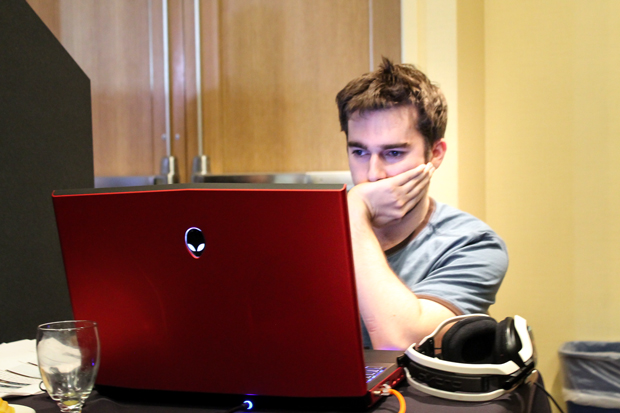 When Seth Manfield couldn't go into Mono-Red, he looked to the Cube's lands to ensure he could cast any cheap removal and card drawing that would wind up in his draft pile.

And that is exactly what Manfield did. He first-picked Lightning Bolt, but as red quickly dried up, his third pick Windswept Heath started him on the path to remaining open. "At this point I knew I wasn't going to be Mono-Red," he said. "I knew I was going to be a three-color deck, so I started taking fetch lands and dual lands very high, and the removal and card advantage followed."

Both removal and card advantage are key for this strategy, and Manfield needed card advantage badly enough in his draft that he aggressively grabbed a Tidings when it stared back at him during the draft. In the end, his White-Blue-Red control deck had plenty of one and two cost removal spells, backed up with enough card draw to be able to leave him with options while opponents are out of spells to cast.

2013 World Magic Cup Top 8 competitor and Estonian Hannes Kerem also has a preference for aggressive mono-color strategies, but his color of choice isn't red. It's either white or black. "I want to be either mono-white or mono-black..." he said. "...and I first picked a white card."

Hannes Kerem also values consistent aggressive strategies, but opts to stick with white or black instead of red.

As he said, when he led off with a white creature, his draft became centralized around the color, his deck chock full of aggressive white creatures and cheap disruption. His reason for preferring white is due to its low curve. "They have five or six creatures with a mana cost of one and two power," he said.

However, Mono-Black is also one of Kerem's considerations, though he did not end up taking black, primarily for its cheap removal as well as powerhouses such as Geralf's Messenger. "I want to have a stable deck," he said, referring to his preference for the cheap and pro-active white and black strategies over decks looking to cast expensive and sometimes clunky spells.

So there you have it. Consistency over clunky cards is what these players value the most when sitting down for a Cube Draft. Would it pay off for them however, or would one of the other thirteen players overtake them with a 3-0 to start this tournament? That's the beauty of Cube Draft: the format is wide open, and as cards come out and new options come in, the format shifts with every updat