With only 1 more round to be played in the Swiss portion of the tournament, I decided to head over to the top tables where some of the teams that remained in competition were trying to secure a spot in the Top 4 of today's competition.

First, I got a hold of Marijn Lybaert who you might have watched on the Magic Twitch channel where he went up against Bo Li. If you didn't watch it live, here's this very special episode of Frank's quiz for those of you who didn't follow the stream:

If you can't wrap your mind around it, here's how Lybaert pulled off this stunt:

He started with a Loyal Pegasus on his own turn 1.

He followed it up with Hero of Iroas on his turn 2.

On turn 3, he went crazy, casting 2 copies of Chosen by Heliod that cost him just 1 W each thanks to the effect of Hero of Iroas.

After he cast the first, he drew into Ordeal of Heliod, so he could also play that.

When he attacked with the already huge Hero of Iroas, it gained yet another +1/+1 counter, thanks to the effect of the Ordeal. This now made it a 6 / 10 creature! 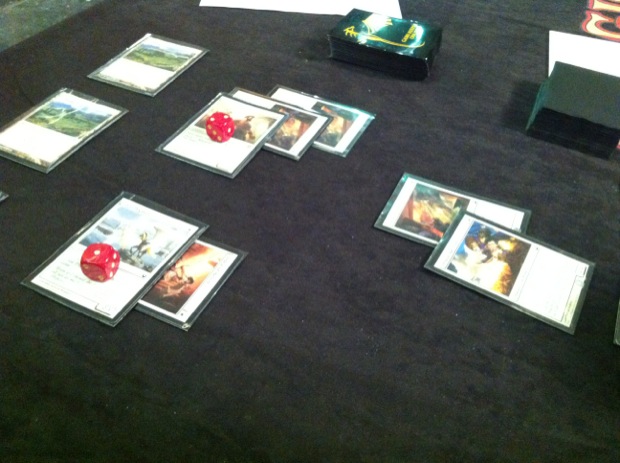 Marijn Lybaert had one of the quickest games this weekend!

His opponent Bo Li shuffled up at this point, but if Lybaert would have had a little more time, he would have followed up all of these plays with Ordeal of Nylea. Thankfully, Bo Li didn't have to suffer through that.

Alright, here's another blowout story, this time from the "honorary Belgian" Zac Hill: "Just now, in my first game, I blew my opponent out with 2 Akroan Crusader, making infinite 1 / 1 tokens with Ordeal of Purphoros and a couple of combat tricks to trigger its Heroic effect over and over again." 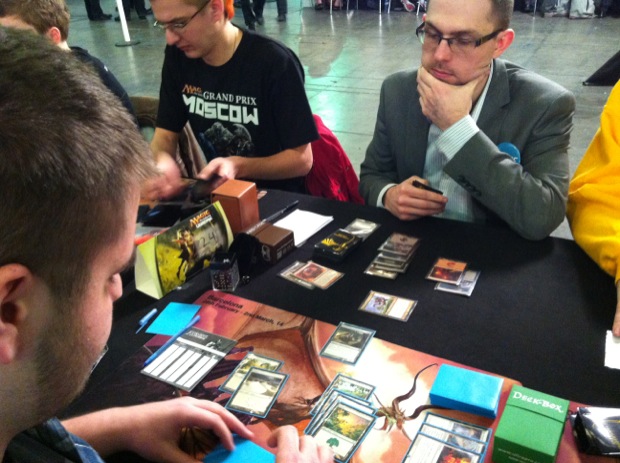 Hill's deck is much more than a one trick pony thanks to his sideboard!

Hill went on: "For game 2, I sided both Akroan Crusader and the Ordeals out. My first play was a turn 3 , killing all of my opponent's creatures!

He had sided into a number of low cost creatures so he would stand a chance against all the pressure that I could build up early.

"I guess he must have felt like he was on a rollercoaster ride, never knowing what to expect!"

Here's a last one and we'll keep it very short this time. 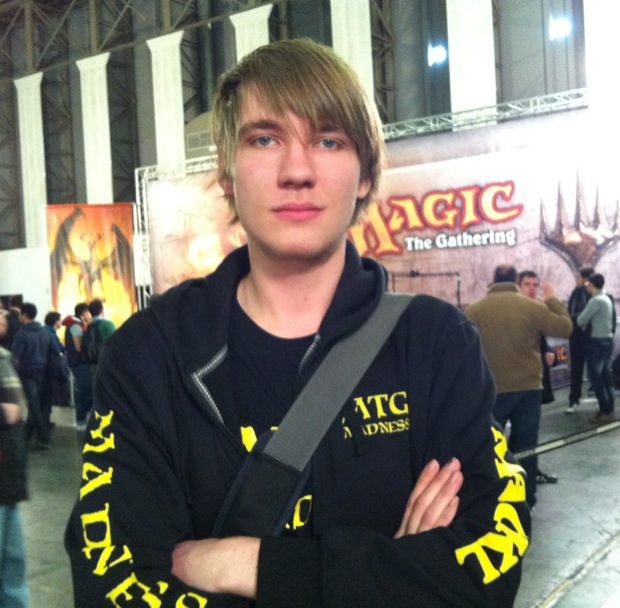 Valentin Mackl took his opponent out of his misery quickly!

Valentin Mackl: I had a Nighthowler on the field and followed it up with . After just 2 more turns, I took out my opponent's entire library and that's what won us the match!