After 13 rounds of Swiss, we are left with only six teams that have more than 30 points. Here are their records on both day 1 and day 2:

If you think about this a little longer, you'll come across a very interesting fact: Not a single team mastered to win all of their 4 rounds today! 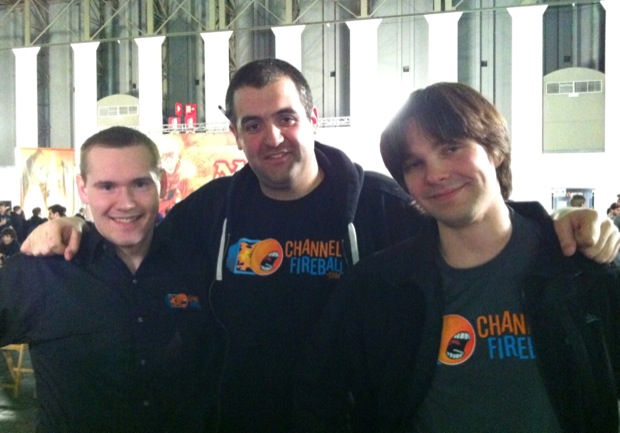 Despite their perfect record yesterday, Turtenwald, Jensen and Duke had to fight for their spot in the Top 4!

Explanation: The minimum threshold to make day two is a 7-2 record. If a team would have managed a 4-0 record today, this would have resulted in an 11-2 record overall, which in turn translates to 33 points. However, we looked at all the teams with more than 30 points and not a single one of them has scored a perfect record today.

At first, this made me wonder whether we had a couple of draws that would have allowed for this curiosity that seems like something that's not supposed to happen. I went as far as sitting down with the scorekeeper for a few more minutes (who at first also felt like this shouldn't be possible) and running some more maths until it finally dawned on us what happened:

To give you an example: Let's say a team went 8-1 yesterday and they amassed another 2 wins today in the first 3 rounds, leaving them on an overall record of 10-2.

Another team that won all of their matches today just barely made the cut yesterday with a 7-2, so now their overall record is also 10-2. If those 2 teams now go up against each other and they either draw or the first team (the one with the 2-1 record for day two) wins, the win streak of the up-to-this-point undefeated team (for today) would have ended.

I hope all of this wasn't too confusing and you'll enjoy the bottom line which is that anything can happen in a tournament, you should never expect that you've already made it until you've actually made it! 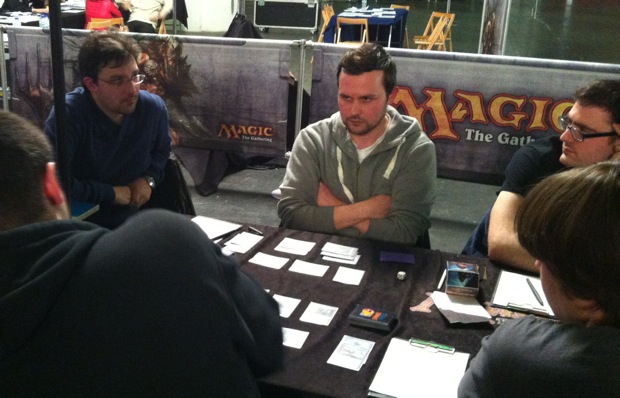 The team of Manuel & Christian Hauck and Stephan Schwarz were the first to secure their spot in the Top 4!

On that very same note, here's a little more food for thought:

The team of Manuel & Christian Hauck as well as Stephan Schwarz and the team of Olivier Duport, Wilson Lam and Louis Ballivet decided to draw this round. This now leaves the Hauck / Schwarz team with 35 points while Duport, Lam and Ballivet have 34 points.

There is a certain chance, depending on the outcomes of the other matches, that Duport, Lam and Ballivet will be locked out of the Top 4, depending on tie-breakers. They must have felt very confident that their tie-breakers will get them there in case everything else goes wrong, but just imagine what it would feel like for them to think they just drew into the Top 4 when in fact they have put it all on the line?!

In just a few minutes, we will know for certain who will advance to the Top 4, so stay tuned until then and if you happen to be rooting for them, keep your fingers crossed for Olivier Duport, Wilson Lam and Louis Ballivet!