Team Godzilla on the GP Metagame

It's interesting to see the changes that just a few weeks can make. The metagame comingout of New Orleans seemed to be dominated by Trix, Oath of Druids and the rogue choice of reanimator based strategies, either Benzo or Zombie Nation builds.

Due to the bye system, and a more mixed influx of new players and archetypes, I sat down with Team Godzilla to see how their decks have changed. 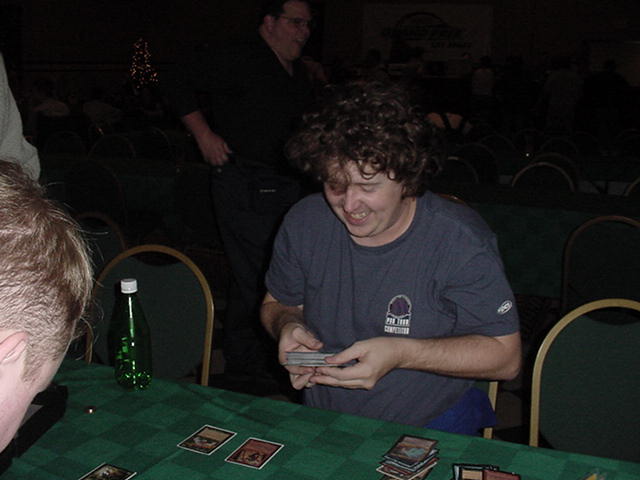 Alan Comer is sporting a shiny new Belgium creation (which he has significantly modified), Land Grant Fish. It features Gaea's Skyfolk, Winter Orbs, a variety of free spell counter magic and the beatdown machine in a small package: Quirion Dryad.

His choice of this deck lies in its highly favorable numbers against other control decks, specifically Trix. He credits a large part of his choices to the byes, and a strong anticipation of most of the players either with Byes, or fighting their way to an undefeated record to be sporting control. Both Zvi and Scott Johns agreed with this assessment. 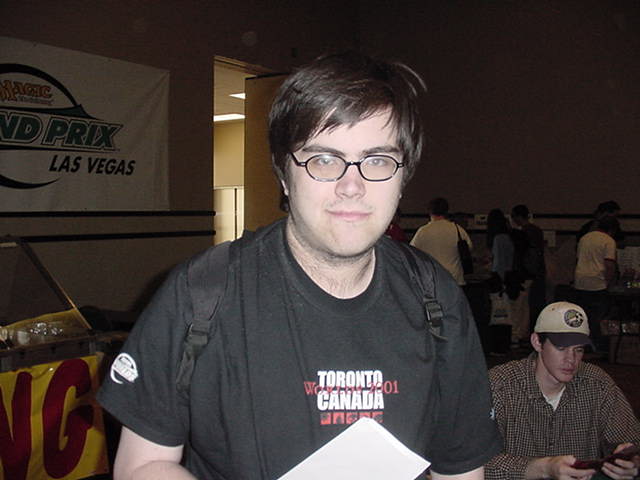 While both other players agreed that control would define the "post-bye" metagame, all three took different approaches to it. Zvi went with his classic Turbo-Land build, but is sporting more of an "old-school" approach to it. He forgoes the use of Oath of Druids or the other anti-beatdown measures in the main deck, instead sporting the card he claims is the key to the control on control match-ups: Thawing Glaciers. 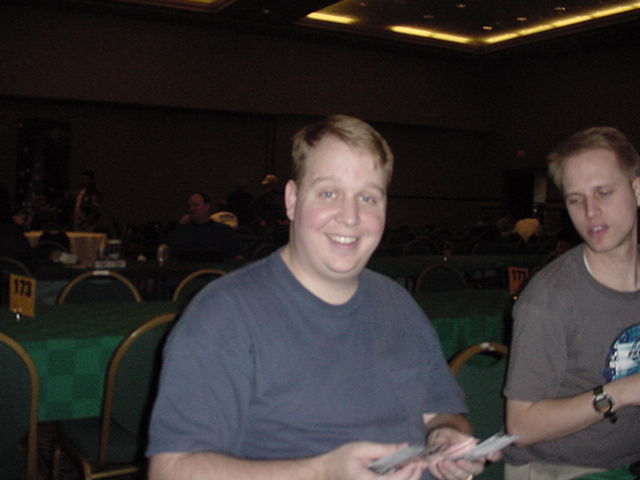 Lastly, Scott Johns took yet another approach to the expected metagame, playing the best deck, Trix, with the best anti-control card in the format main, Thawing Glaciers.

All three were quick to point out that the format is pretty well balanced, sighting the diversity of the decks, even between New Orleans and now. However, IF there were a problem with Trix being overpowered, Intuition would probably be the correct card to ban, or at least added to the watch list, to balance it out.

Alan Comer put it in stronger terms, mentioning that if Intuition can make Life Burst broken, never mind Accumulated Knowledge and Call of the Herd, there may well be a problem with it.