Team Round 2: Playing for Pride

After a hard day of Standard battling, both Switzerland and Japan are hovering within arm's reach of the top of the teams standings. 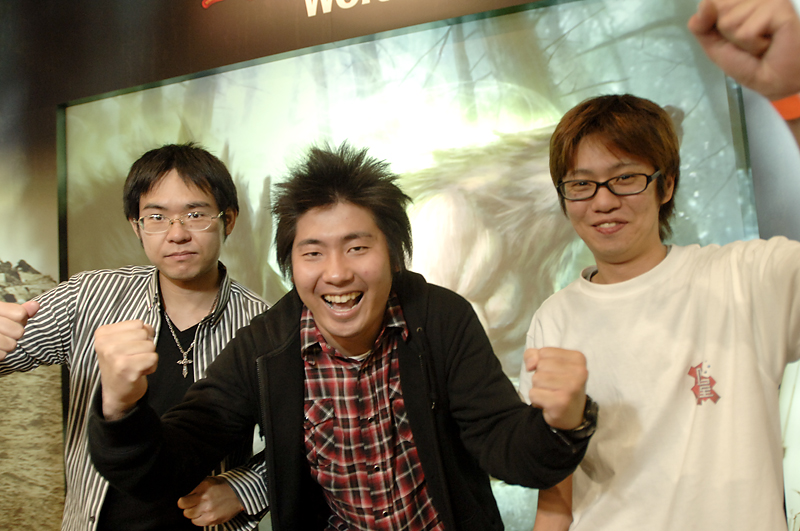 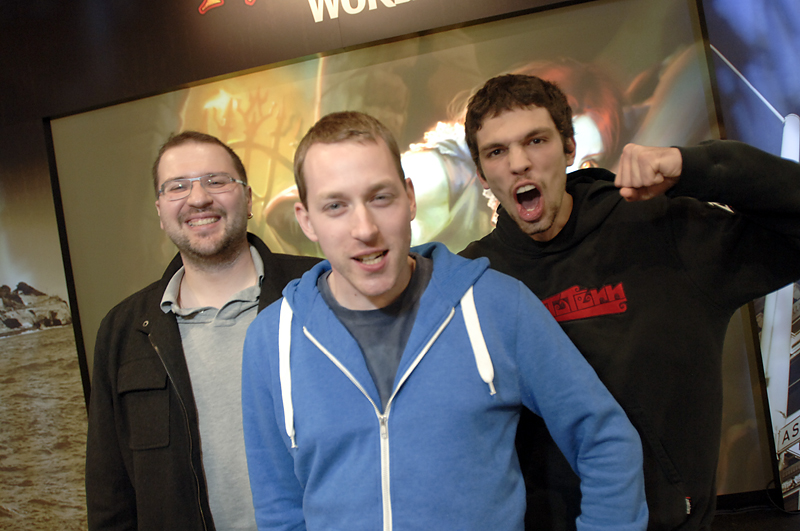 Modern was the first to finish game one, with Japan summoning a Spellskite, followed by a Deceiver Exarch. Switzerland, having earlier cast Gitaxian Probe, knew there was a Splinter Twin waiting in the wings for Japan, and after their Serum Visions determined they could not muster a lethal storm count, the Swiss scooped up their cards.

Meanwhile, Legacy was looking bad for Switzerland, after Japan's Emrakul, the Aeons Torn, the Aeon's Torn staged Sneak Attack, taking all of Switzerland's permanents with it. Switzerland valiantly attempted a come-back, but Japan quickly put Jace, the Mind Sculptor to work finding a replacement monster.

In Standard, Switzerland's Illusions deck stopped a Garruk Relentless with Mana Leak, but couldn't stop the Day of Judgment that followed. A Primeval Titan later and Japan had a game one clean sweep across the board. 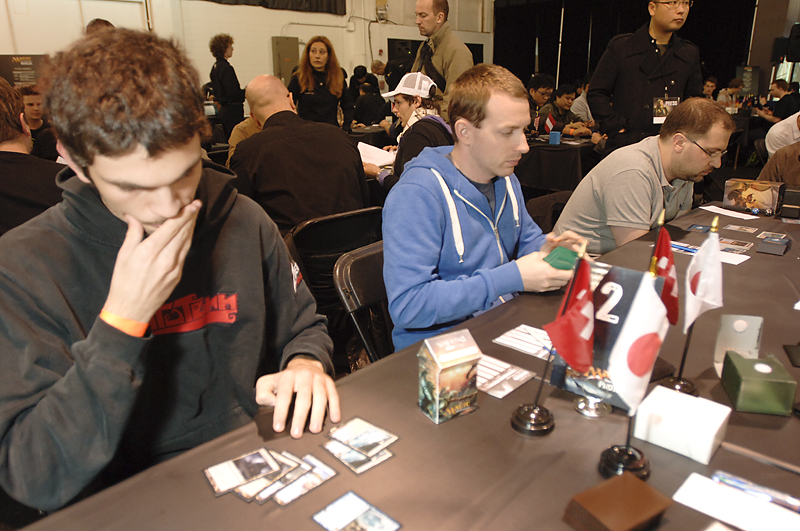 Switzerland has their collective back against the wall!

In Legacy, Switzerland got the fight started with Tarmogoyf, and added insult to growing injury by Stifling a Misty Rainforest. Japan finally managed to Brainstorm up a Show and Tell with one turn left on the Tarmoclock. Japan had Island, Volcanic Island, and Ancient Tomb untapped, and cast Show and Tell.

Switzerland, along with their Tarmogoyf, had two Tropical Islands, and a Volcanic Island. In hand were a pair of Force of Wills, a Daze, a Snapcaster Mage (with a Stifle and a Red Elemental Blast in the graveyard), and a Krosan Grip. After much consultation with their Modern contingent, Switzerland finally threw away the Daze for the first Force of Will, prompting a Red Elemental Blast from Japan. Switzerland considered getting funky with the Snapcaster Mage potentially enabling their first and now spent Force of Will, but with only one tick of the clock remaining, just chucked it to the second Force of Will. Japan had nothing, and so they were off to the decider.

In Standard, Japan managed to hold back a Phantasmal Bear with a couple of copies of Viridian Emissary, while Switzerland transformed their Delver of Secrets, and began flying in for 3. Without much more in the way of offense from Switzerland, Japan changed gear, summoning Thrun, the Last Troll and sending the Emissaries in for a little aggressive negotiation. The Phantasmal Bear traded with one, while the other took a Gut Shot. Switzerland then added a Kessig Wolf Run to their board, and it wasn't long before Thrun, the Last Troll had outraced Switzerland to the finish.

With the match officially over as far as accounting was concerned, the Legacy front continued to battle for pride. Switzerland attacked early and often with a Delver of Secrets, while repeatedly reducing Japan's resources to (and with) Wastelands. Japan eventually managed an Ancient Tomb to go with their Island, and cast a Show and Tell, but Switzerland left them Dazed with their response (hint: it was a Daze). Japan was happy to try again on their following turn, and successfully revealed an Emrakul, the Aeons Torn. Switzerland hoped to draw a Stifle on their turn, but didn't, leaving Japan with not only the match, but the pride as well.

3 Past in Flames 4 Empty the Warrens
52 Cards

1 Life from the Loam 4 Ponder