he World Magic Cup format that I was most excited about was Team Unified Standard. In this format, teams play three separate one-on-one matches with Standard decks, but there is a team-wide deck building restriction: you can only have at most four copies of any card (excluding basic land) between your team's combined decks and sideboards.

This yields an interesting and challenging deck construction puzzle, which requires some creativity to solve. The main challenge is dealing with overlap. For example, you cannot run a Junk Reanimator deck and a Blue-White-Red Flash deck side-by-side because both decks need four Restoration Angel to operate. Similarly, you cannot run Jund Midrange and Junk Reanimator in the same team, as both decks need four Thragtusk to function well.

Nevertheless, most teams found a way to manage the overlap without straying too far from established archetypes. Here is a structured overview of the Standard deck configurations chosen by the 16 teams who managed to make it to the second round of Pool play:

Almost every single team ran a Stomping Ground deck, a blue deck that was almost always Blue-Red-White Flash, and then some third deck that could fit in Jenga-style. The only exception was Team Ukraine, whose three-deck configuration didn't fit into the structure above. They ran Reanimator, Black-Red Zombies, and Esper. They had to go pretty deep to be able to fit Reanimator in their team. 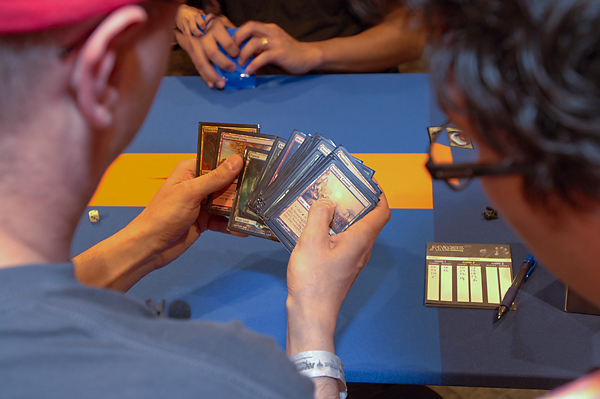 Whether it was Jund or Gruul, Stomping Ground archetypes were one of the decks you expected every team to include.

The above metagame overview shows that the most important card for Team Unified Standard is, without a doubt, Stomping Ground. This land was a dividing point for most teams, because it meant that you had to make a choice between Gruul Aggro (Brian Kibler's deck from the 2013 Magic World Championship, where the goal is to ramp into Hellrider and Domri Rade with Elvish Mystic) and Jund midrange (a deck based on some of the best cards in Standard, including Olivia Voldaren, Thragtusk, and Bonfire of the Damned). Both are excellent decks with solid matchups across the board, but none of the Top 16 teams attempted to run both, and for good reason. If you would put four Stomping Ground in one of them and two Mountain two Forest in another, then it would lead all too often to the player with the 2-2 basic land split being unable to cast his or her spells. Mana consistency is very, very important. 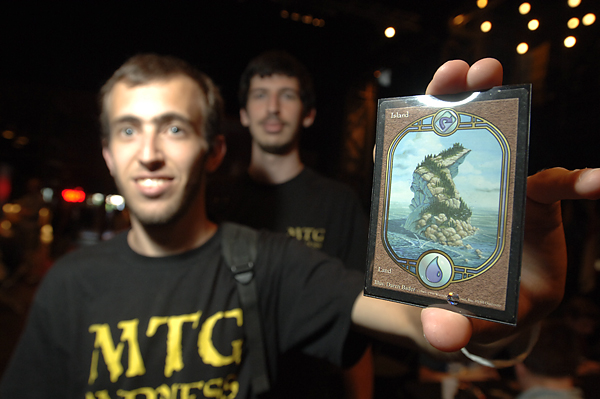 Nearly every team featured one blue deck in the Team Unified Standard portion of this event.

The second deck in almost every team's make-up was Blue-Red-White Flash. This blue deck has no overlap with Jund or Gruul aggro, except possibly for Pillar of Flame and Thundermaw Hellkite (which are replaceable). Interestingly, several teams decided on Blue-Black Control or Blue-White Control as their second deck instead, eschewing a third color completely. Stanislav Cifka from the Czech Republic and Shahar Shenhar from Israel led two of those teams, and they mentioned the threat of Burning Earth as a big factor in their decision to run a two-color control deck. Their reasoning was as follows: given all the reasonable deck options that people could play in Team Unified Standard, with all the overlap constraints taken into consideration, most teams would end up with either Gruul aggro or Mono-red in their configuration. This meant a lot of Burning Earths; way more than you'd expect in an individual Standard tournament. In other words, the metagame in Team Unified Standard is different from the metagame in an individual Standard tournament. Shenhar and Cifka realized that and adjusted accordingly.

Now, on to the third and final deck. All teams whose first two decks were Gruul aggro and Blue-White-Red Flash turned to the black cards. There were three variants on Tragic Slip decks. First, an Aristocrats deck with Lingering Souls. Second, a Golgari midrange deck with Mutilate. And third, a Zombie deck with Gravecrawler. I found the last one particularly interesting because after the release of Pillar of Flame, Zombies hadn't really been a major factor in Standard anymore. It was nice to see that it had been raised back from the dead, even if (in all likelihood) that it was only because the archetype didn't take away cards from the other two decks.

There was more diversity between the third deck in teams whose first two decks were Jund Midrange and an Azorius-based Flash deck. Israel chose Mono-Red with maindeck Burning Earth, another clever metagaming tweak for the Unified Standard format in which almost every team would have Blue-White-Red Flash on its roster. But there were other interesting choices as well, possibly encouraged by the overlap constraints that Unified Standard forced upon the teams. There was Zvi Mowshowitz's Turbo-Mana deck with Elvish Archdruid, Garruk, Caller of Beasts, and Craterhoof Behemoth. There was Green-White Aggro. There was Bant Frog, a deck attempting to pair Young Wolf and Rapid Hybridization together. And there was Raphaël Lévy who had been crushing round after round with Elvish Mystic, Predator Ooze, and Druid's Familiar.

Wait, Druid's Familiar? "It is the green Hellrider," the French Hall of Famer explained. 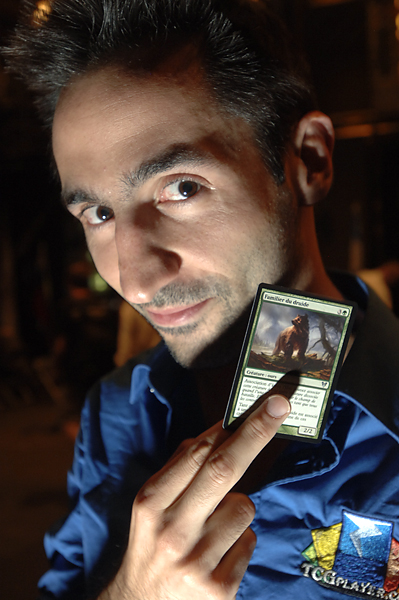 I'm sorry, can you repeat that? Druid's Familiar?

"I wanted more than four copies of Wolfir Silverheart, and Druid's Familiar fit the bill. The deck has been working very well, and I would take it to an individual Standard tournament in a pinch."

A Story and a Puzzle

I'll conclude with a story and a puzzle. Friday morning before the start of the tournament, Swedish Hall of Famer Olle Rade (whose team eventually finished in a disheartening 33rd place) approached me and asked whether I had any cards on me. As it turned out, he was looking for two Smite for his sideboard. Unfortunately, I could not help him, though he did get the cards he needed in the end: Grand Prix Gothenburg 2013 Top 8 competitor and streamer Jan van der Vegt, who lives near Amsterdam, was kind enough to take a two-hour tram ride to retrieve the card.

Okay, that was the story. Now on to the puzzle. Rade asked me the following question: "Now that you know I'm playing Smite, can you figure out which three decks we are playing?"

Can you figure out the answer?

Hint: Smite is a sideboard card in Junk Aristocrats to deal with Ghor-Clan Rampager's bloodrush.

Knowing that Rade needed Smites for his Junk Aristocrats deck, can you figured out what three decks his team played?

Answer (follows from the table above): the three decks were Junk Aristocrats, Blue-White-Red Flash, and Gruul Aggro.

So, from a single card, you can completely deduce a team's three decks. That's incredible.

I can't wait to see how this amazing format plays out on Sunday.